Tapan Memorial Club are expected to go top of the table by beating Kalighat Club.

The 20th match of the Bengal T20 Tournament 2020 will be played between the Tapan Memorial Club and the Kalighat Club at the Eden Gardens Stadium in Kolkata.

The match is scheduled to start at 03:00 PM IST and can be streamed live on FanCode.

The two sides who will lock horns for the evening game of Thursday have had similar seasons so far in the Bengal T20 Challenge 2020. Given their squad, Tapan Memorial Club have played some surprisingly good cricket. They are rightfully placed at the second place, having won 4 of their 6 games.

On the other hand, Kalighat Club have won 3 of their 6 games. Though they are still enjoying their lives inside the top 4, Kalighat Club will want to increase the gap with bottom-dwellers East Bengal Club and Mohun Bagan Club. For Tapan Memorial Club, the target will be to reach the pole position.

We can expect full 40 overs of action is there is no chance of rainfall. The temperature will be hovering around the 27 degree Celsius mark.

The pitch at the Eden Gardens has been harsh on the batsmen, as scoring 150 looks like a difficult task on this ground. However, batting first will be a good idea here.

Shahbaz Ahmed, who recently caught the headlines for his performances with Royal Challengers Bangalore, has been in great form in this competition. He has picked up 4 wickets and has scored 193 runs.

Ramesh Prasad has been in terrific form with the ball for Tapan Memorial Club. He has picked up 13 wickets and has an economy rate of less than 5 runs per over.

Sudip Chatterjee has been in terrific form for the Kalighat Club. He has 177 runs at an average of nearly 60 and a strike rate of almost 130.

Sandipan Das Sr. has been effective with both the ball and the bat for Tapan Memorial Club, having picked up 7 wickets and scored 138 runs. 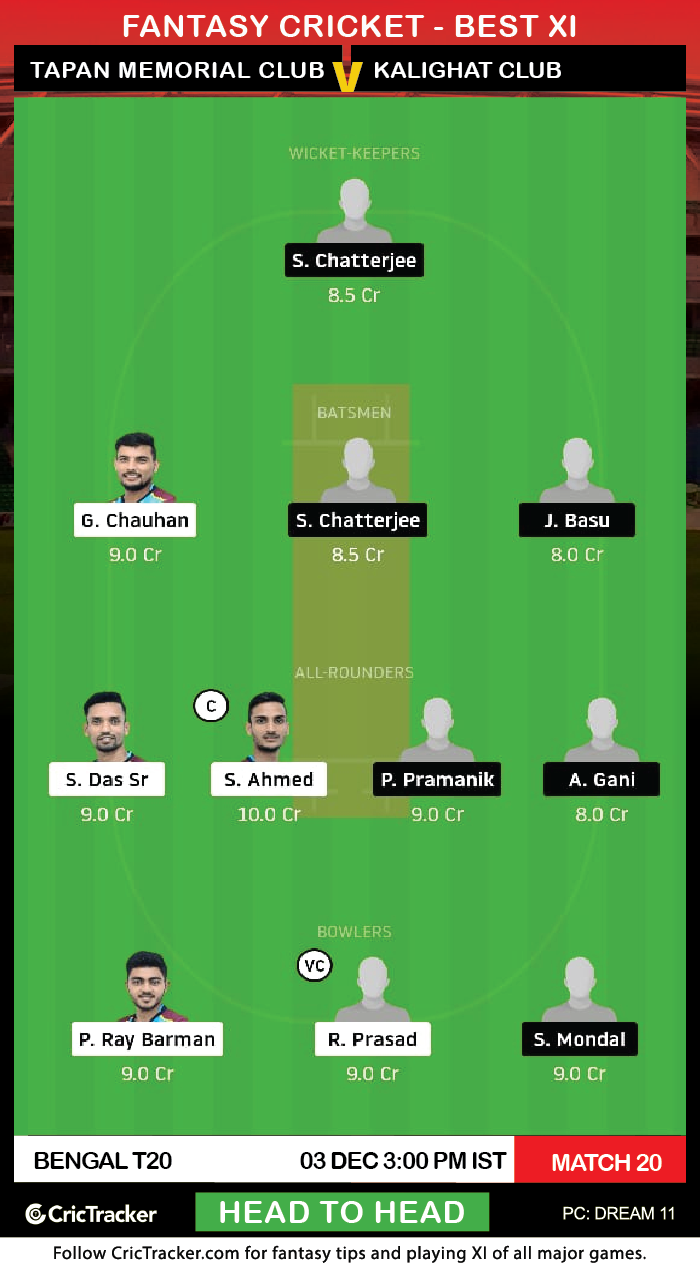 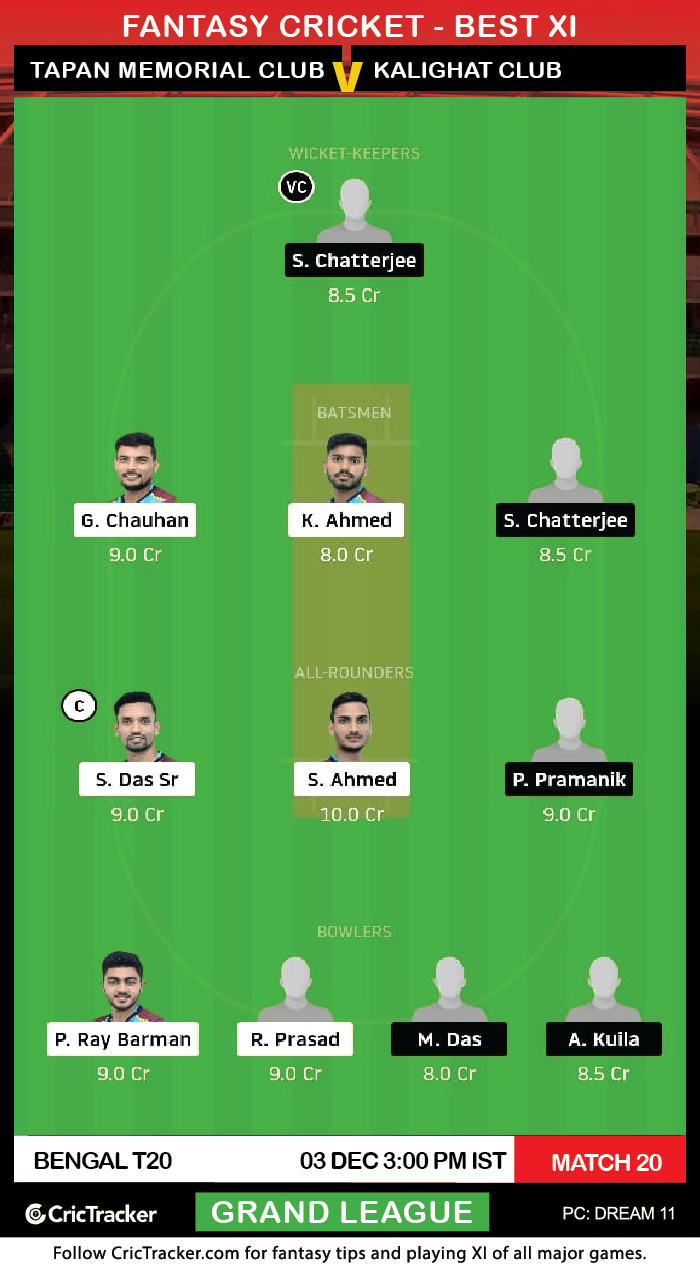 Even on Wednesday, the bowlers did a fantastic job for all the 4 teams. Hence, it is advisable to pick 4 specialist bowlers in any one of your Dream11 Fantasy teams.

Tapan Memorial Club are expected to win this match.