The Elite Group B match of the Vijay Hazare Trophy 2021 will be played between Tamil Nadu and Andhra on 22nd February at Holkar Cricket Stadium in Indore.

The Vijay Hazare Trophy will see the Tamil Nadu side facing Andhra in the Elite Group B match on Monday. Tamil Nadu are coming off a brilliant win over Punjab while Andhra defeated Vidarbha by seven wickets in the final over. The Dinesh Karthik-led side seems to be the favourite to win this match but Andhra also have some match-winners up their sleeve and they will hope to give the opposition a tough time.

TN vs AND Weather Report for Elite Group B Match:

The sun will be out for this match with no chance of rain during the action in the middle.

The pitch at the Holkar Stadium is a batting beauty and the same is expected to continue. Jharkhand scored 422 runs in the last game against MP. The team winning the toss should bat first and score big.

422 (One Match of this tournament played on this venue)

TN vs AND Top Picks for Today’s 11Wickets Match:

N Jagadeesan scored 101 runs against Punjab and seems to be in great form while Baba Aparajith played an important knock of 88 runs apart from picking up a wicket. Shahrukh Khan is in great form too after scoring 55 off just 36 balls. Hanuma Vihari has international experience and is coming on the back of a 65-run knock off 67 balls from the previous game.

Suggested Playing XI No.1 for TN vs AND 11Wickets Fantasy Cricket: 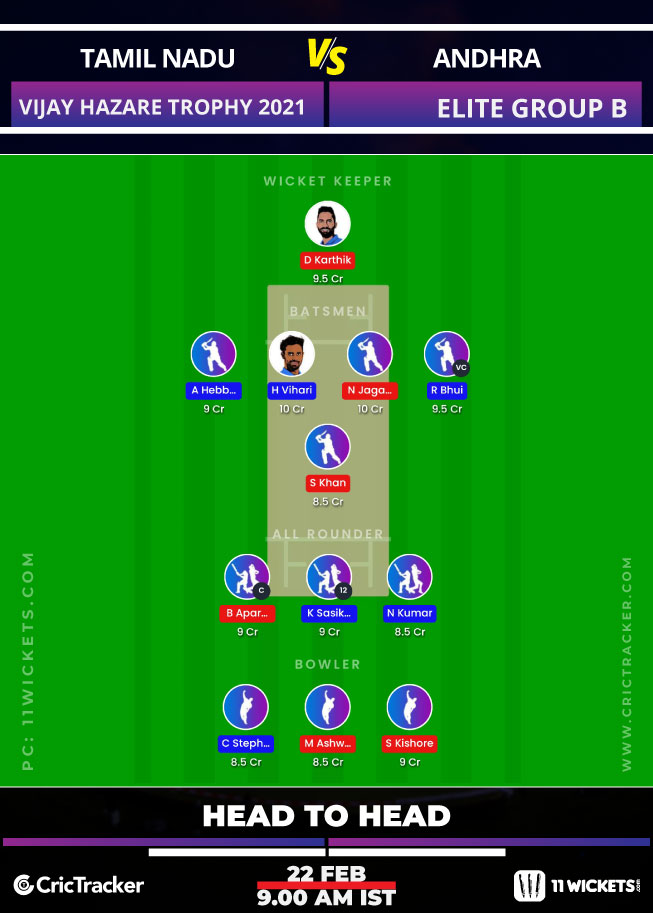 Suggested Playing XI No.2 for TN vs AND 11Wickets Fantasy Cricket: 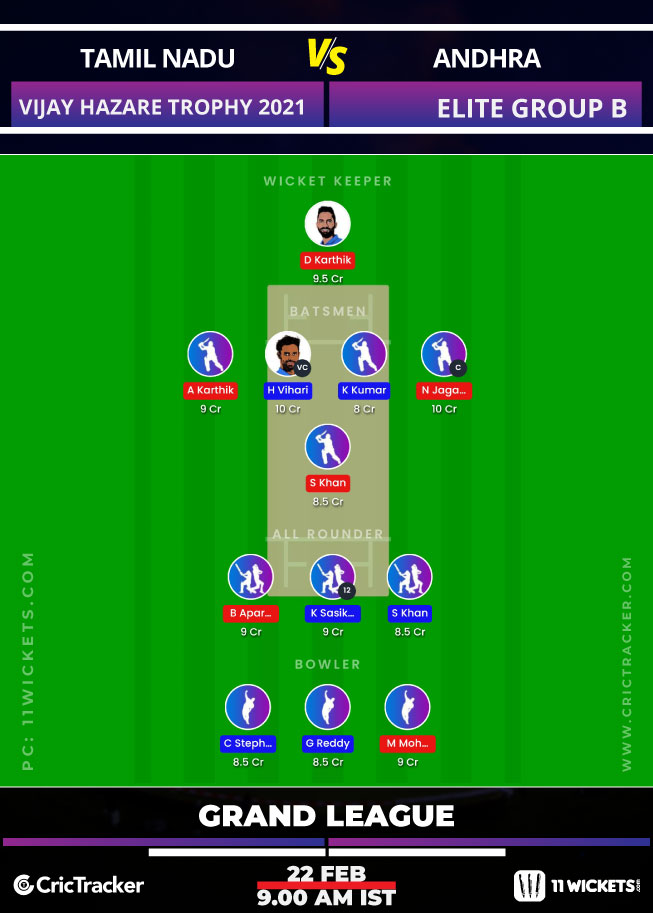 The venue is heavily in favour of batsmen and picking five batsmen is the way to go in Fantasy teams.

Today’s TN vs AND Probable Winners: