The tournament will begin on June 23 with the summit clash being scheduled for July 31.

Tamil Nadu hosts the domestic T20 cricket league known as the Tamil Nadu Premier League. Eight teams from eight districts participated in the tournament’s inaugural season in 2016. The TNPL 2022 will commence another thrilling season as teams prepare to once again compete for the elusive championship. With three season victories under their belt—in 2017, 2019, and 2021—the Chepauk Super Gillies are the reigning champions this time.

Eight teams will compete in the TNPL 2022, which will also be the sixth edition of the championship. The first game of the event will be played on June 23 with the ultimate clash, the Grand Finale scheduled for July 31. A total of 32 matches will be contested during the 2022 season in the four locations of Tirunelveli, Dindigul, Coimbatore, and Salem. The top four teams will advance to the playoffs after each team plays seven games in the league stage.

Here’s all you need to know about the tournament: 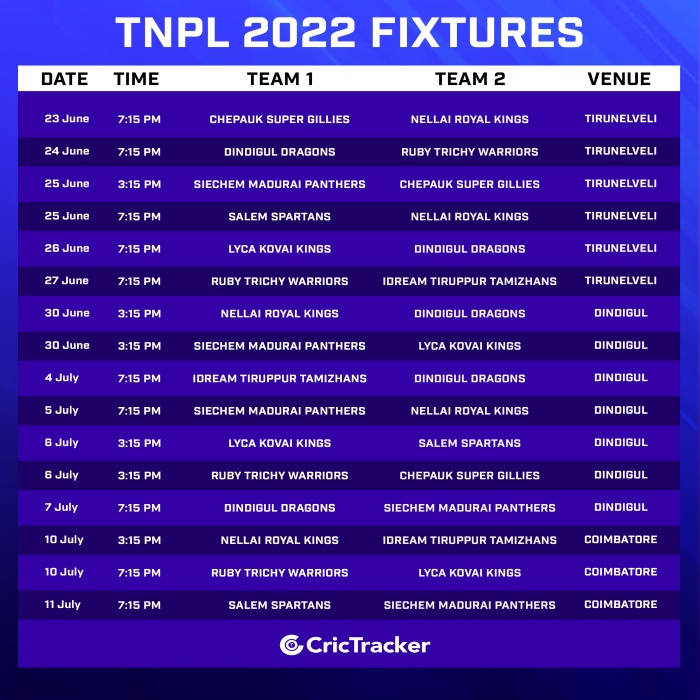 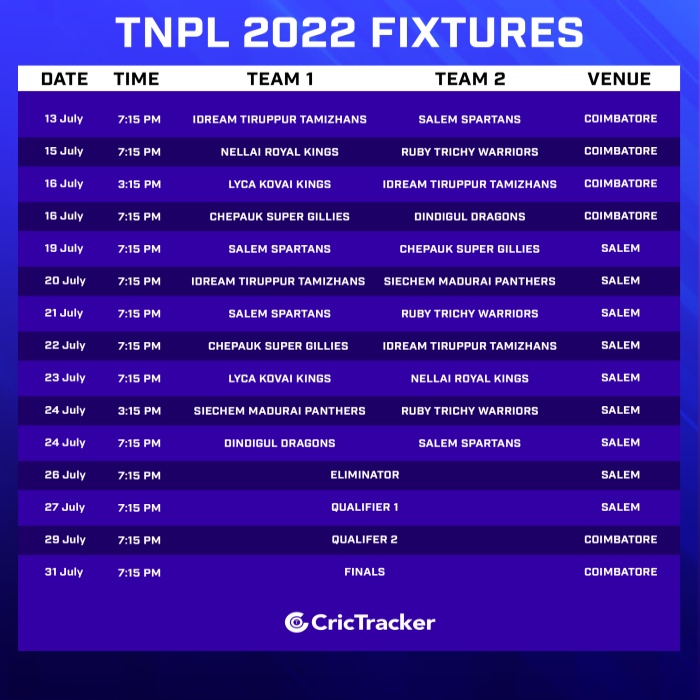