Twitter stands as one of the most powerful tools of communication among all the social media platforms.

In this technology era, social media is playing the biggest part of our lives. From the moment we start our day to the moment it ends, people are uploading each and every information on their social media accounts and it is a great platform to communicate with one another.

Almost all our favourite stars update their everyday life into their social media accounts and cricketers are no different to that. Some interact with their fans and some update their daily information using these social networking sites.

Twitter stands as one of the most powerful tools of communication among all the social media platforms. In India, a country where cricket is a religion and cricketers are demigods, the cricketers across all over the globe enjoy a massive fan base from India. 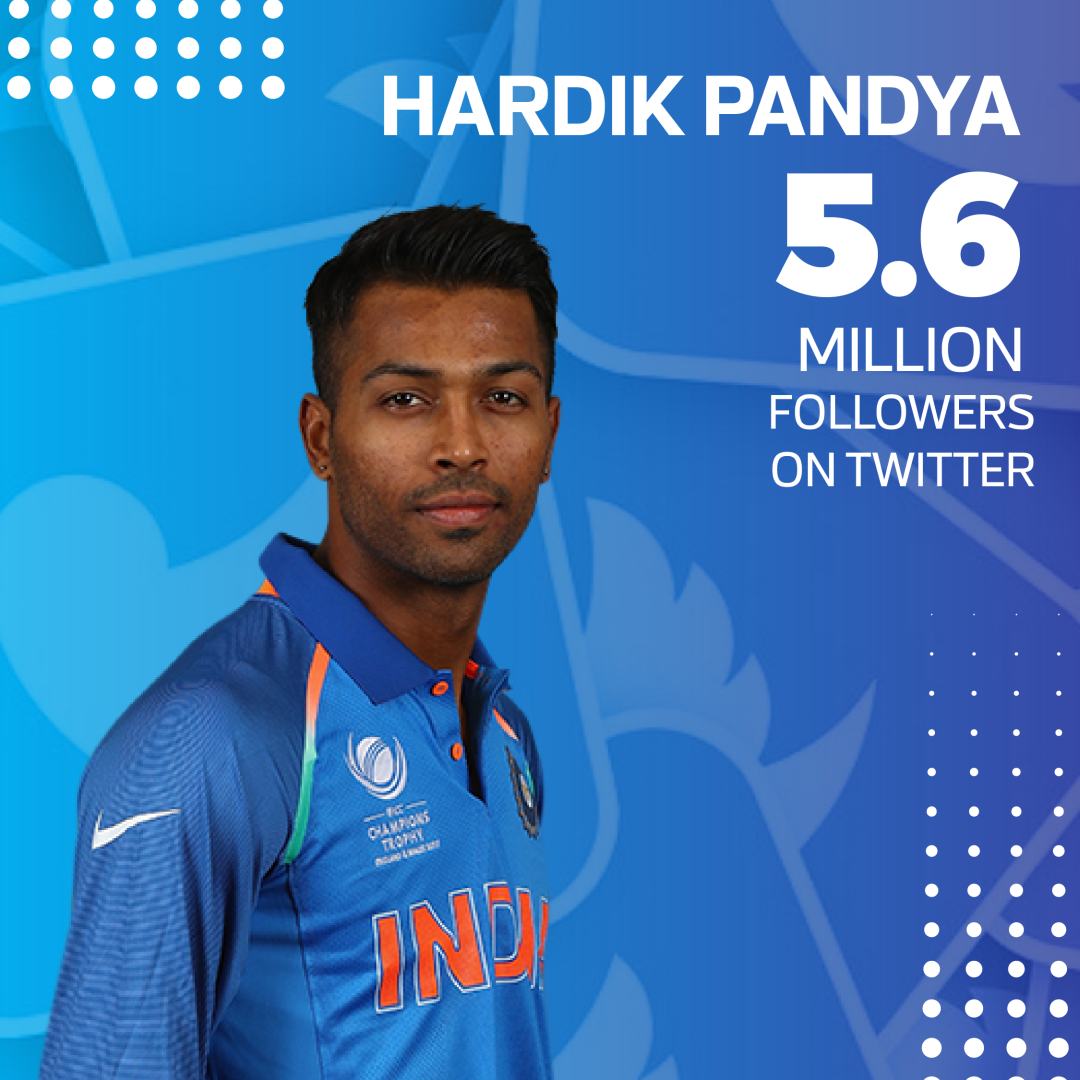 The Indian fast bowling allrounder is a synonym for the word controversy. Be his funky hairstyles or the ‘Koffee with Karan’ show, he will be always in the trending news apart to his cricketing skills. He also has great following in the social media with 5.6M followers on his Twitter handle.

Recently, Hardik and his wife Natasa Stankovic were blessed with a baby boy and the duo shared their happiness on their social media accounts. Hardik, who is a part of Mumbai Indians squad, left his wife and his newborn son at his home and flied to the UAE. In the tournament opener Hardik got a good start with the bat as he hit 2 consecutive sixes against Jadeja but fail to convert his good start.