Kasey Aldridge has a solid record with both bat and ball. 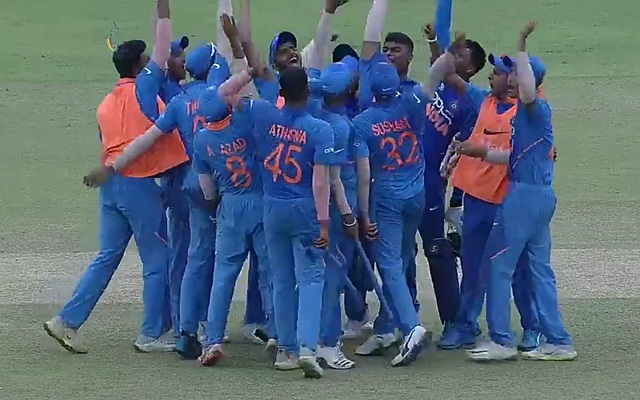 Not many would have thought Bangladesh Under-19s will be the first side to qualify for the final of a Triangular series that involved India Under-19s and England Under-19s. Bangladesh thumped the home team England in all three meetings and also got better of India in one game. With nine points after six matches, Bangladesh more or less confirms their top finish.

India won both their matches in the first set of matches but none since then. They lost to Bangladesh and England once each while a game against Bangladesh team was abandoned. With only two points from five games, England need to win their remaining two matches against India. Even one loss will help India join Bangladesh in the final on the next Sunday.

The 9th game of the Tri-Nation Under-19s Tournament between England Under-19s and India Under-19s will be played at the County Ground in Chelmsford.

The County Ground in Chelmsford has witnessed quite a few high-scoring T20 matches over the last couple of weeks. Even the only Youth ODI hosted by this venue in the last 15 years was a high-scoring one. England U19s couldn’t defend their total of 315 when they faced Sri Lanka here in 2016. On a fresh surface, at least 550 runs could be seen aggregated by these two sides on Saturday.

Jordan Cox is still part of the T20 Blast squad of Kent.

Given the importance of the game, both the teams might bring in their main players. Though India has two more games after this for sealing their final berth, they might field their best players to utilize the remaining matches for handing the chances to others.

India Under-19s are expected to seal their final berth with yet another win.