Tilak Verma scored a century in the last match.

The 5th game of the U19 Challenger Trophy 2019-20 will be played between India B Under-19s and Nepal A Under-19s at the Gymkhana Grounds in Secunderabad.

The 5th game of the tournament between India B Under-19s and Nepal A Under-19s; the two teams who have confirmed their future in the tournament. India B is the only team to win both their matches with which they sealed their spot in the final. Contrastingly, Nepal A team lost both their matches and set to feature in the 3rd place match. The winner of the other game between India A and India C will join the India B team in the final while the loser faces Nepal A for pride.

No threat from the rain is predicted for this match though there could be cloud covering for the most part of the match.

The 2nd match showed how good the venue was for batting as the target of 230 was chased down in 43 overs. The short boundaries here could help the teams chasing as both the games were won by them. At least 270 is needed here to win while batting first.

If India B bats first, it is going to be tough for the Nepal team to stop Tilak Varma, Priyam Garg and Siddhesh Veer from scoring big runs. Tilak and Priyam have represented State sides while Siddhesh has been a consistent performer at U19 level. 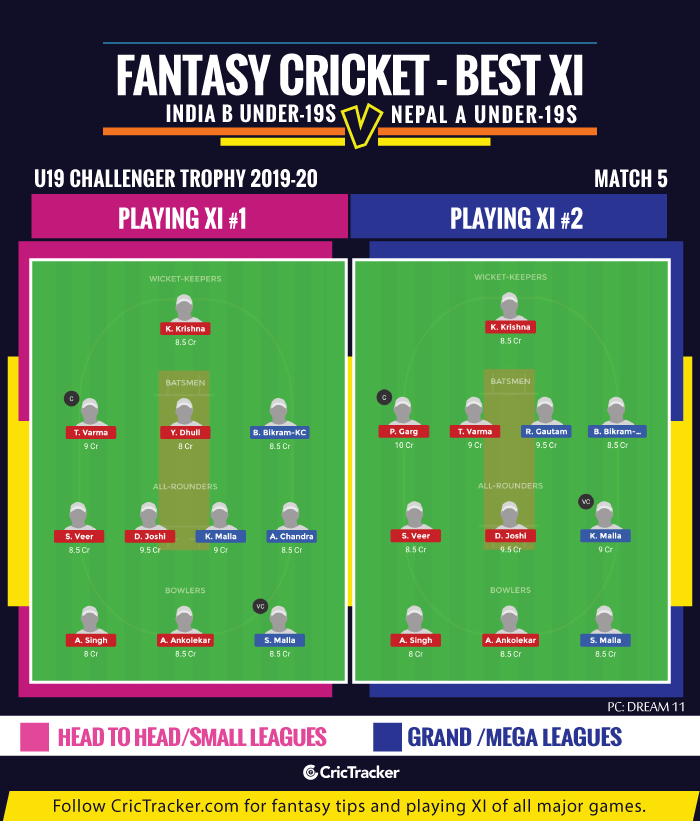 Nepal A Under-19s might struggle to put up a fight on Friday unless the India B Under-19s rest a few of their key players have confirmed their place in the final. The India B team have been quite strong in all departments, unlike the other teams.

India B Under-19s are expected to register yet another easy win.