Safyaan Sharif has picked up 64 wickets in his 43-match ODI career.

United Arab Emirates will take on Scotland in the 3rd match of the Tri-Nation ODI series at Sharjah, which is hosting its last game of this tournament. In the first two matches played here, the United States of America turned victorious and is extending their lead in the World Cup League 2 table. In the opening match, USA chased down 203 in the 47-over match against the home side. The death bowling of USA helped to seal a 35-run win against Scotland in the 2nd match as the Scotts lost their last five wickets for just nine runs. Aaron Jones was the star for USA scoring fifties in both the matches.

The Sharjah Cricket Stadium could receive rain around afternoon on Wednesday. Showers are expected until 1:30 PM and hence a reduced match could be seen.

In three full 50-overs matches, the team batting first crossed the 280-run mark. Two of those were during the Pakistan-Australia series where the Aussies got the chase finished comfortably. On Monday, a total of 282 was enough to win for the USA against Scotland. However, if not for some brilliant execution at the death overs, the Scottish team could have walked away with a win.

Kyle Coetzer might have failed in the first match but is quite consistent and usually scores a great percentage of Scotland’s runs in any given form of the game. Calum MacLeod’s ability in scoring big knocks is discussed very less as it is on par with Virat Kohli and Rohit Sharma. The unbeaten 59 in the last match was only the 2nd fifty-plus score for Mohammad Usman in a 50-over match for UAE. However, in other formats, he struck 13 fifties and a hundred in about 98 innings. Across 10 innings in One-Days, the pacer Zahoor Khan has picked up 19 wickets for UAE. 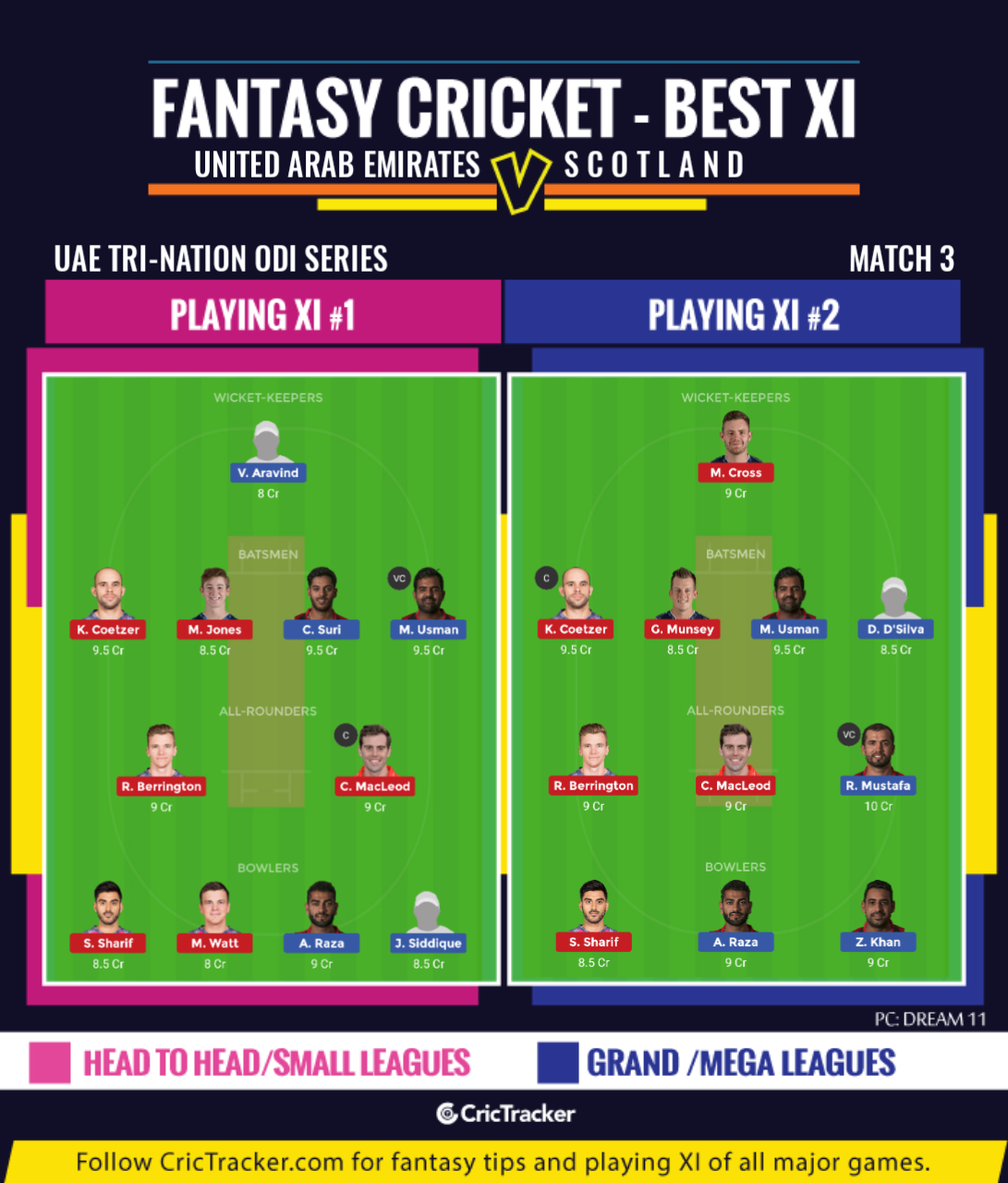 The fantasy team selection for this pitch could be impacted due to the pitch on which this match will be played. If it stays tad slower, an extra bowler can be picked while if are in for a fresh track, an extra batsman can be selected.

Scotland is likely to open their account in this Tri-series on Wednesday.