Ireland are expected to get back in the series by winning this game.

The 2nd ODI four-match series between Ireland and the United Arab Emirates will be played at the Sheikh Zayed Stadium, Abu Dhabi.

The match is scheduled to start at 9:30 AM local time (11:00 AM IST) and will be streamed by a joint partner ITW Consulting.

Ireland were the obvious favourites ahead of the first ODI match against the United Arab Emirates. The Irish team played against the Englishmen in last August, while the UAE players were without any international action for almost a year.

However, none of that mattered as the hosts pulled off a heroic victory against Ireland. Batting first, Ireland put up a total of 269, something which many considered as too big to chase down. But UAE batsmen did the unthinkable and got the job done with an over to spare. They will want to extend their lead, while Ireland will be aiming to get back in the series.

The weather will be pleasant here at Abu Dhabi, with the temperature hovering between 18-22 °C. There are no chances of precipitation for the entire day.

The pitch at the Sheikh Zayed Stadium stayed true to its nature and favoured the batsmen in the last game. It is expected to be the same for this encounter as well.

His innings eventually went in vain, but Paul Stirling played an exceptional knock in the first game. He scored 131 runs from 148 games.

Rohan Mustafa took the wickets of Harry Tector and Lorcan Tucker in the last game. In addition to that, he also kept the flow of runs on a check and maintained an economy rate of just over 4 runs per over.

CP Rizwan’s knock not only the Irish bowlers but the cricketing world by surprise. He scored a brilliant 109 from 136 deliveries.

For all of his brilliance, CP Rizwan’s knock would have been of no use had it not been for Muhammad Usman’s supporting act. He scored an unbeaten 102.

Suggested Playing XI No.1 for UAE vs IRE for Dream11 Fantasy Cricket: 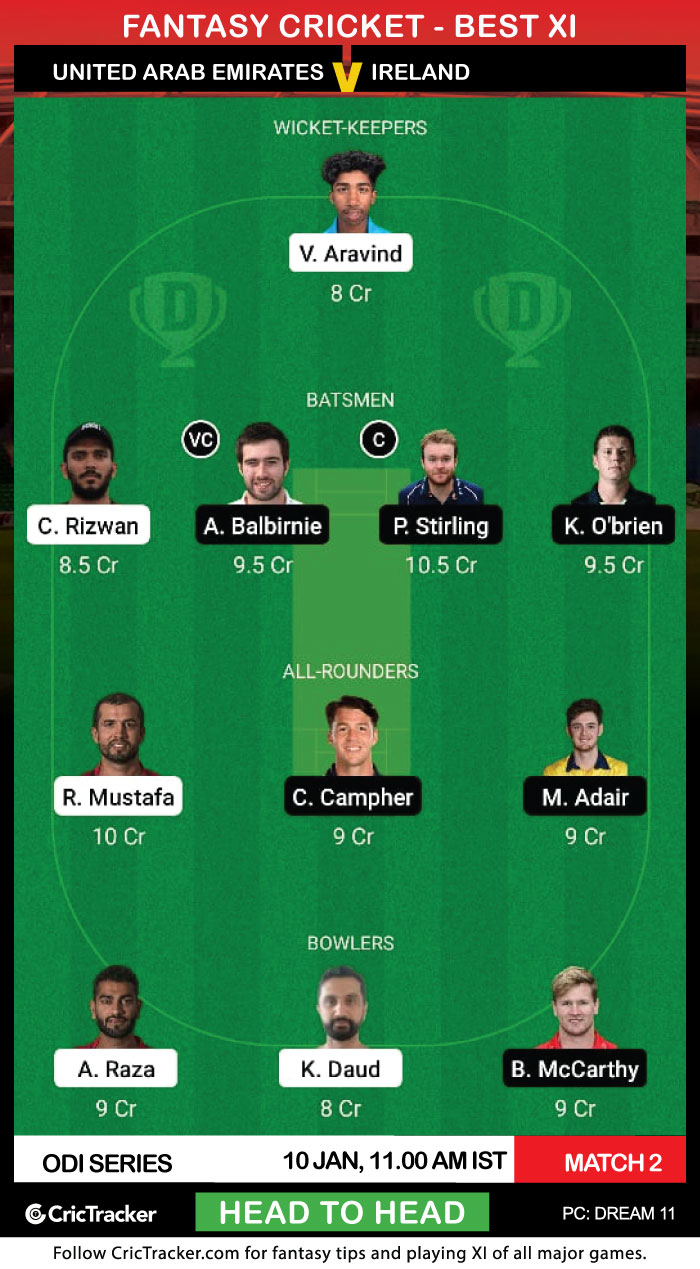 Suggested Playing XI No.2 for UAE vs IRE for Dream11 Fantasy Cricket: 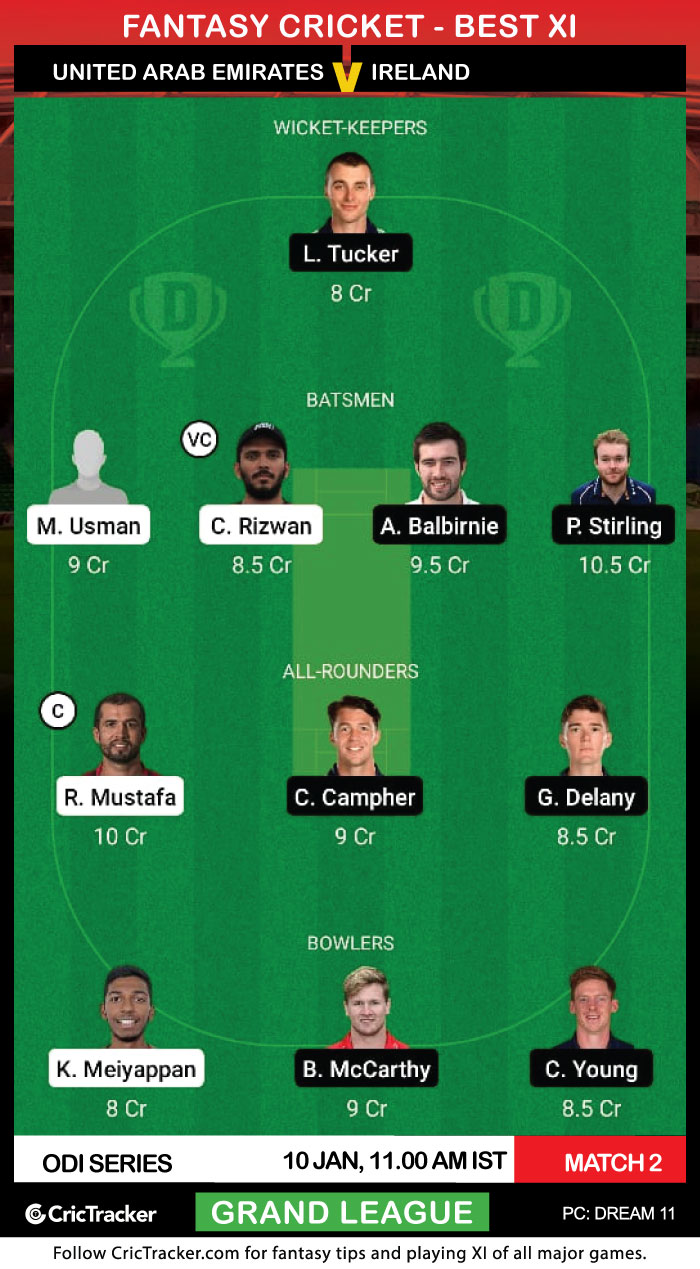 Curtis Campher was the pick of the bowlers from Ireland in the last game. He picked up two crucial wickets, one being the dangerous CP Rizwan, and also conceded only 31 runs. He can be included in both of your Dream11 Fantasy teams.

Ireland are expected to win this match.