The 1st Semi-Final of the ECS T10 Barcelona will be played between United CC Girona and Falco Zalmi CC at the Montjuic Ground, Barcelona.

United CC Girona and Falco Zalmi CC are going to face each other for the first time in the ECS T10 tournament. United CC Gironawon six matches out of seven they played in the league stage and finished at the top of the Group A points table. They look unstoppable at the moment and definitely are the firm favourites to lift the title.

Falco Zalmi CC lost their previous match against Catalunya CC by 69 runs and finished at the 2nd position in Group B, with 10 points in their bag. They had 5 wins and 2 defeats in 7 games they played. It will be an interesting game on Friday as both the teams have been very prolific so far. A win guarantees the ticket to the final.

The weather is expected to be sunny during the course of the match, with the temperature hovering around 18 Degrees Celsius.

The track at Montjuic Ground is batting-friendly. However, the bowlers who have maintained a decent line and length have been fairly successful in this turf.

102 (Five matches played at this venue)

I would not be surprised if they continue with MS Dhoni as captain for IPL 2021 also: Gautam Gambhir

What happened in the cricket world today - June 12

Muhammad Ehsan is the second-highest run-scorer in the tournament with 182 runs in 7 matches. He has an average of 54 and a strike rate of 208.

Awais Ahmed is the highest run-scorer of the tournament so far. He has scored 287 runs in 7 matches.

Sumair Safdar Khan has picked up 11 wickets in 5 matches, including a 5-wicket haul in the last match against Fateh CC. He has maintained an economy rate of 5.20 runs per over.

Shahbaz Ahmed is in good form with the ball for Falco Zalmi CC. He has picked up 9 wickets in 7 innings and has been the strike bowler for his side.

Irfan Pathan’s look in his debut film revealed; to play the role of Aslan Yilmaz in Chiyaan Vikram’s Cobra 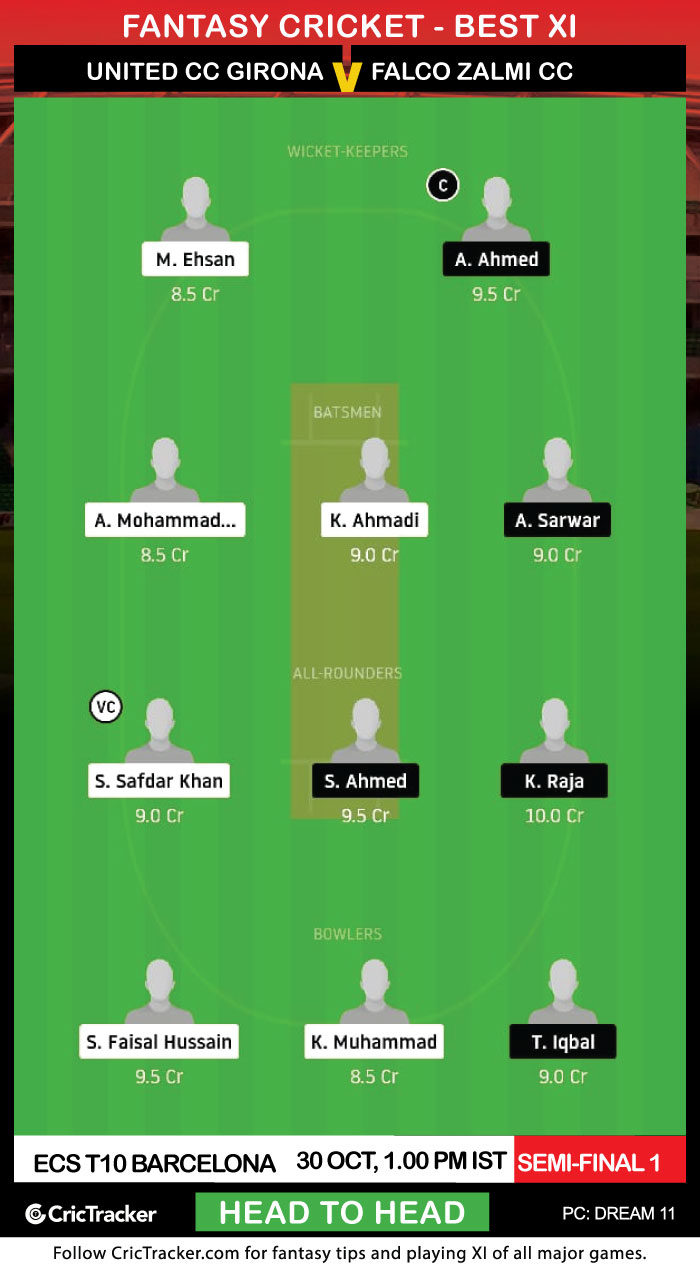 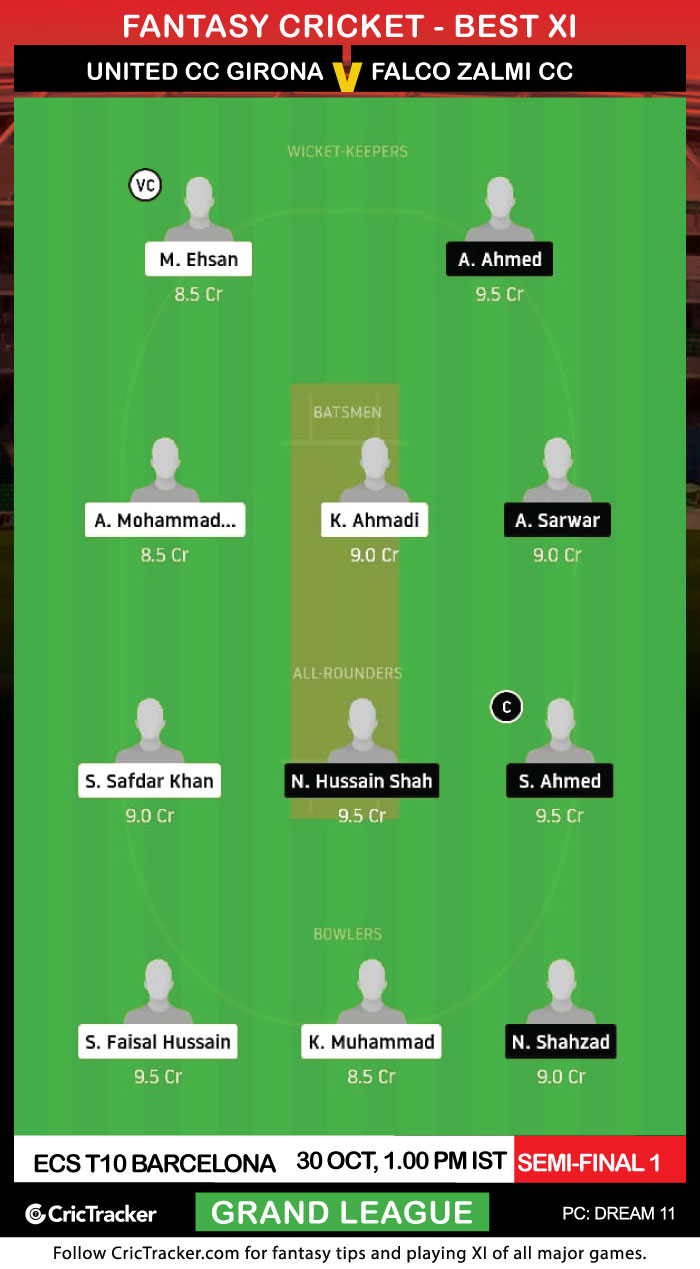 It is advisable to pick Syed Faisal Hussain in both of your Dream11 Fantasy teams. He can turn the game on its head by taking wickets at crucial moments.

United CC Girona are expected to win this game.