United CC Girona's form keeps them ahead of Hawks CC.

The 28th match of ECS T10 Barcelona will be played between United CC Girona and Hawks CC at Montjuic
Ground, Barcelona.

The game is scheduled to begin at 08:30 PM IST and will be streamed live on FanCode.

United CC Girona has played 3 games so far, winning 2 of them and losing 1. They will be looking to win
this match and climb the ladder in the points table. They are coming into this game on the back of a win against Pakcelona CC.

On the other hand, Hawks CC have played so far and lost that game against Badalona Shaheen CC. They will
be looking to get back on track with a win. This will be their third match on the same day.

The temperature is expected to hover around 20°C, with partly clouds. There is a slight chance of rain
playing spoilsport in this match.

The pitch is artificial, so the batters are getting more purchase from it than the bowlers. Having said that, the bowlers
who like hitting the deck hard have been successful on this pitch so far.

Khalid Ahmadi has grabbed 7 wickets in the league so far, including a 4-fer in the last match. He is
looking in great touch with the ball.

Muhammad Ehsan has piled up 123 runs in the league so far and is looking in great form.

Sumair Safdar Khan has picked 5 wickets in the two games he has featured so far in the league.

Aziz Mohammad Babarkrkhail has scored 51 runs with the bat and has also picked a couple of wickets in the league so far.

IPL 2020: Irfan Pathan backs CSK to make the playoffs from being the cellar dwellers 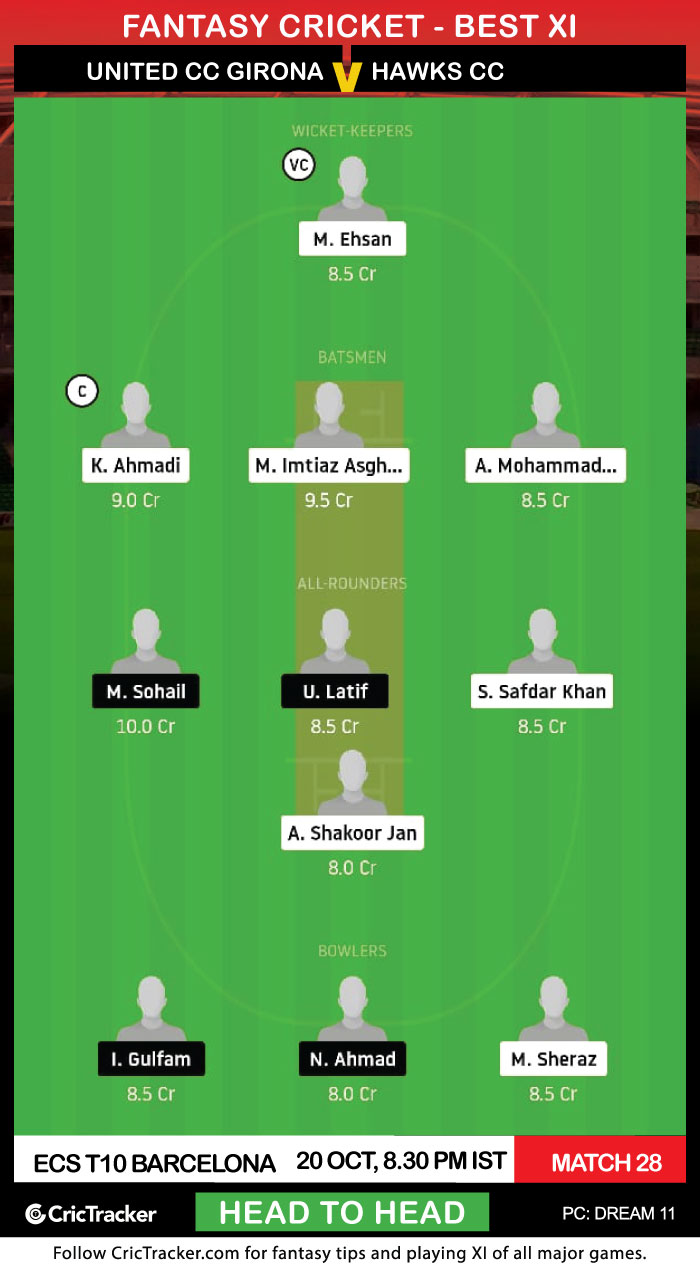 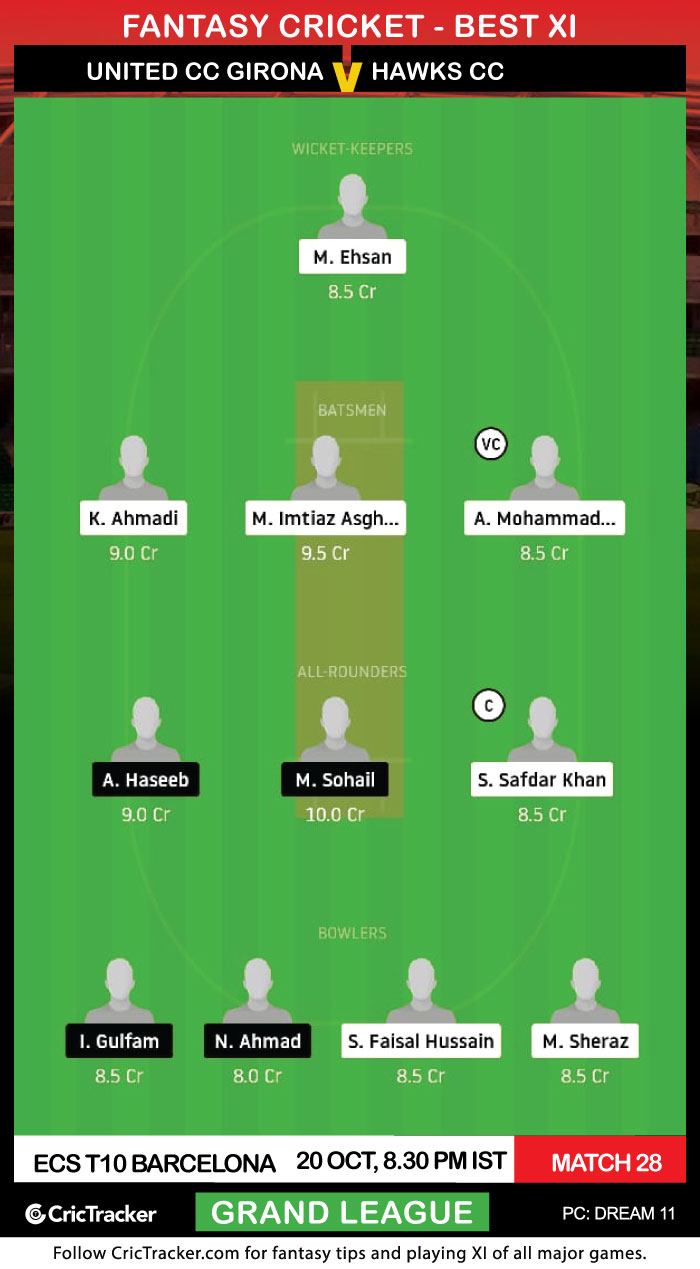 United CC Girona is expected to win this match.