West Zone Red are expected to win this rubber.

The final of the USA One Day Men’s Championship will be played between South and West Zone Red. The South side thrashed the USA U19 side in their previous encounter by 44 runs and will enter the final on a confident note.

The pitch is one that will favour the batters. We can expect the bat to dominate ball in this encounter.

Hanchand Hamilton smashed a superb 94 for the South side in their previous match and helped them post a victory. Hamilton will be looking to once again step up for his side in the final.

Steven Taylor scalped 3 wickets for the South side in their clash against the USA U-19 side. Taylor is a bowler who can scalp wickets at regular intervals.

Ruchir Joshi scalped 3 wickets with the ball for the West Zone Red side to enable them to beat their opposition in their previous match. He will be a tough customer to face.

Saurabh Netravalkar destroyed the East batting order by scalping 3 wickets and put the brakes on the opposition. He will be vital for his side in the final. 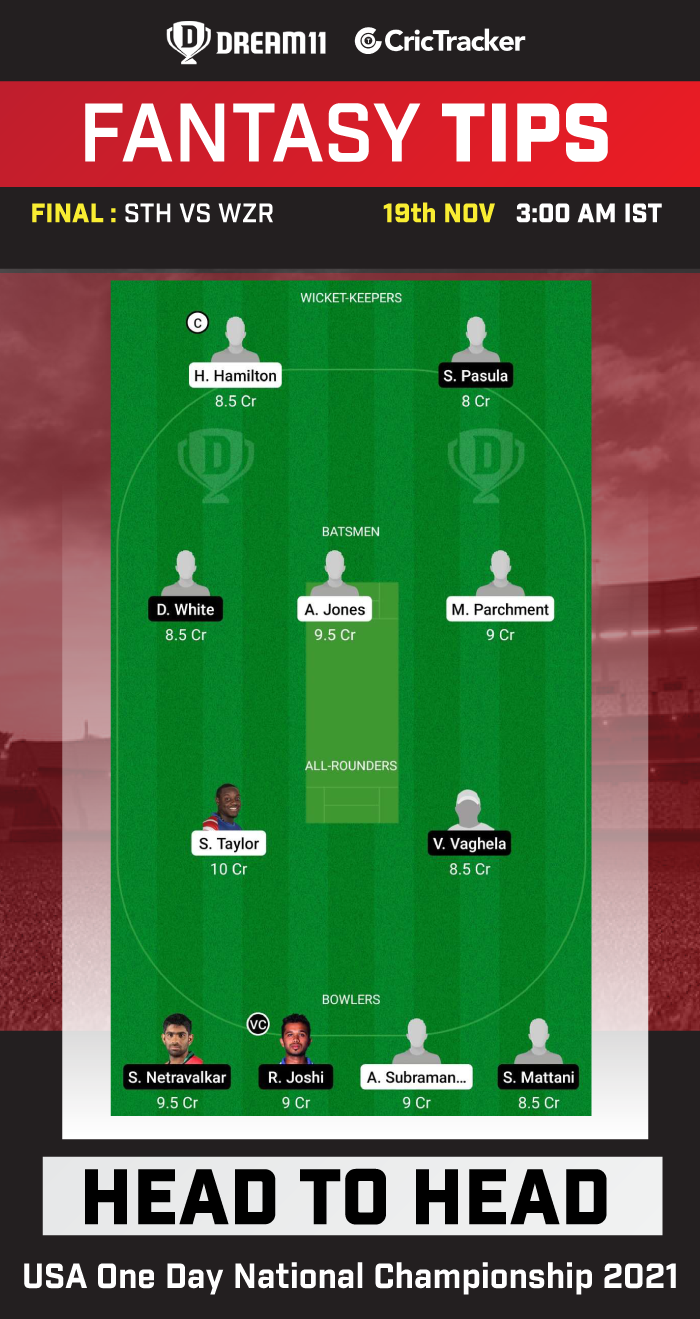 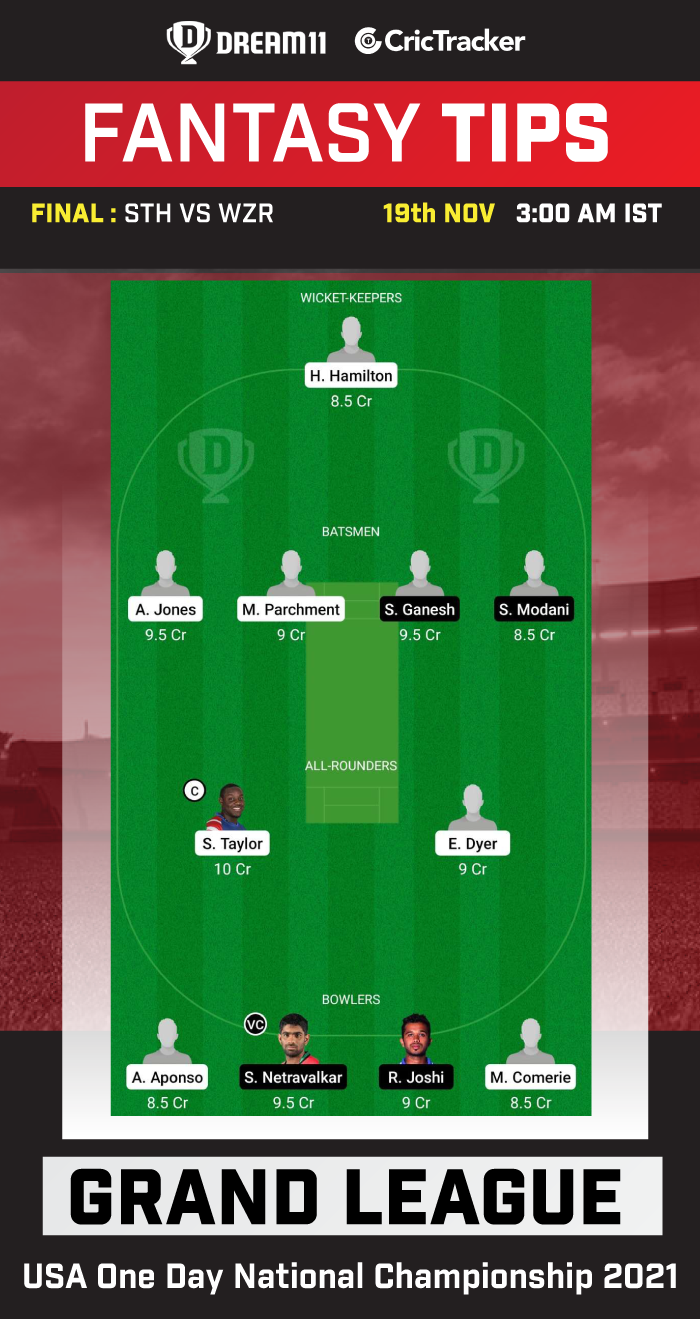 West Zone Red are expected to win this rubber.