Clement Tommy has scored 59 runs in three matches with the help of a brilliant fifty that he hit against Mighty Efate Panthers.

The 6th match of BetBarter Vanuatu Blast T10 League 2020 will be played between Ifira Sharks and MT Bulls at the Vanuatu Cricket Ground – Hybrid Oval.

Sharks have won one match out of their two games in BetBarter Vanuatu Blast T10 League 2020. They will look to grab a win in the upcoming match against MT Bulls. In batting, they have some fine batsman with the likes of Bethan Moli, Nalin Nipiko and others, who will look to score runs for their side. Meanwhile, the bowlers will also have to support their batsmen by performing well with the ball.

MT Bulls have suffered back to back defeats in the tournament due to which they have lost their rhythm. They would be curious to get back on the winning track by defeating a strong side of Ifira Sharks.

There are no chances of rain on the match day and wind is expected to blow at a normal rate. Meanwhile, the temperature is expected to deviate between 23 and 29 Degree Celsius throughout the day according to Accuweather.

The pitch at Vanuatu Cricket Ground is expected to equally favour of bowlers and batsmen. The side chasing on this ground has ended up winning on most of the occasions and the same trend is expected in the upcoming match. So, the team winning the toss will look to field first to be on the safer side.

Clement Tommy will be the main player to watch out with the bat. He has scored 59 runs in three matches with the help of a brilliant fifty that he scored against Mighty Efate Panthers in the tournament. Andrew Mansale should not be ignored while picking a fantasy side. He is batting in his top-notch form, who has mustered 92 runs in his three games. Nalin Nipiko is also a brilliant all-rounder and he will play a vital role in any fantasy team. He has grabbed two wickets and scored 36 runs in two appearances in this season. 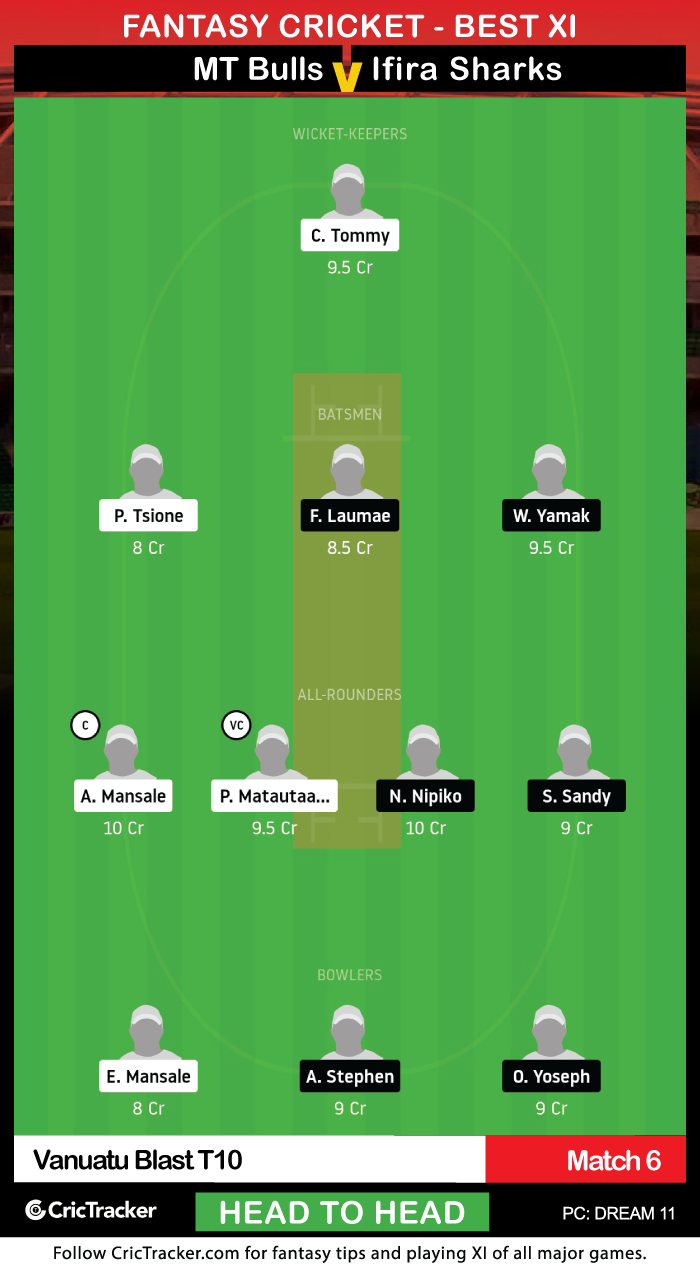 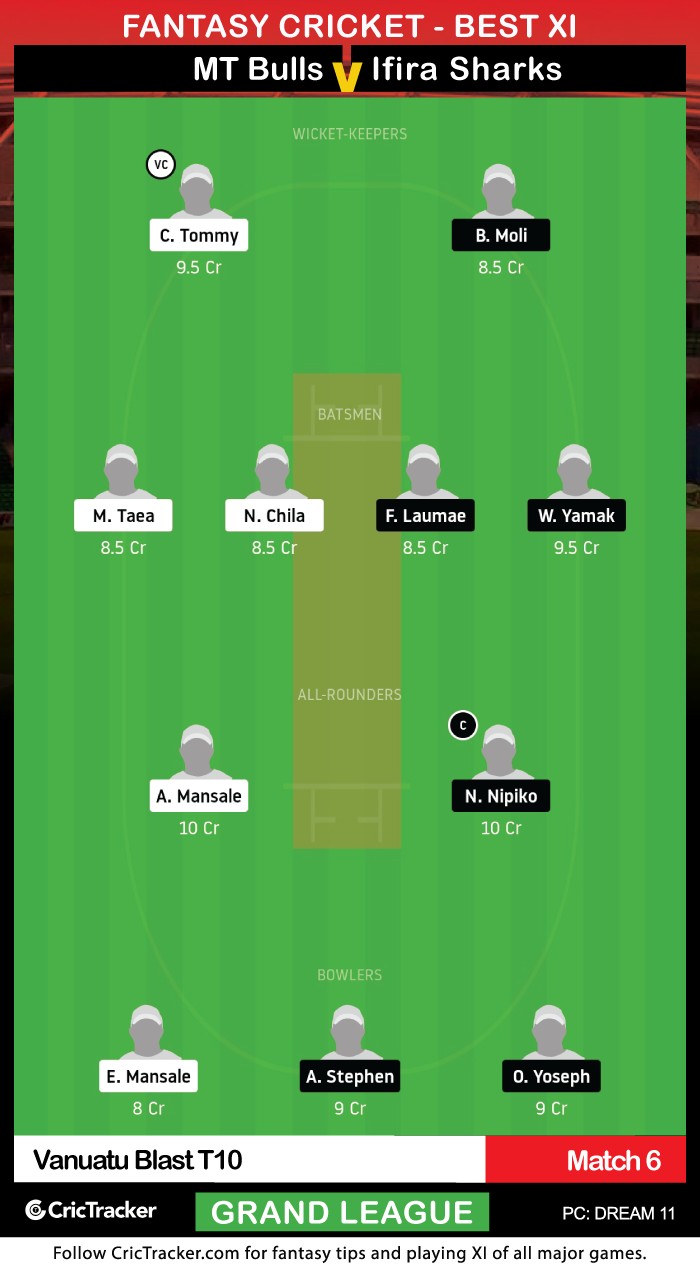 Both the teams are coming with defeat on their back in the upcoming match And, they might be forced to opt for some surprising changes in their team. So, it will be useful for the user to wait for the confirmed team. However, most of the aforementioned players are expected to play.

Ifira Sharks are expected to win the match.