Andrew Mansale and Joshua Rasu are the favourite captaincy options.

The 7th match of BetBarter Vanuatu Blast T10 League 2020 will be played between Mighty Efate Panthers and MT Bulls at the Vanuatu Cricket Ground – Hybrid Oval.

On Saturday when MT Bulls and Mighty Efate Panthers lock horns with each other, there will be a lot at stake for the Bulls. Having won only one out of their four matches in the tournament so far, the team would know that they need a win at any cost. On the other hand, Mighty Efate Panthers are in a firm position. At this moment, they are topping the table with three wins from four matches.

In the two clashes between these two teams so far in the tournament, each has won one match. MT Bulls had won their only match against Panthers. Meanwhile, Panthers have won all matches barring that one which they lost to the Bulls by three wickets. For both, the third round would be like a challenge to have the upper hand on the opposition.

The weather should be quite pleasant on Saturday. It would be an ideal day for cricket. No rain is expected but there could be some clouds hovering over the stadium. According to the report by Accuweather, the temperatures should lie between 22 and 25 degrees celsius.

The pitch has been a little confusing to read for the team. However, going by the results of the previous week, it should be noted that winning the toss and batting first would be a better call. Putting up a big score on the board would be a better call as the wicket might get a little bit difficult to bat on in the second innings at the Vanuatu Cricket Ground.

For MT Bulls, their captain Andrew Mansale has been performing quite sensationally. He has taken eight wickets with the ball and also scored 118 runs with the bat. His strike rate has been quite good and has held the team’s batting together. Clement Tommy showed some promise with the bat when he scored a fifty in the tournament, but surely there is a scope where other players can chip in with better performances.

For Mighty Efate Panthers, the captain and leader, Joshua Rasu has led from the front. He has taken seven wickets and also scored over 120 runs in the tournament’s four matches. Simpson Obed has been another all-rounder who has supported his captain quite well. Wesley Vira has been consistent with the ball and will play a key role in this match. 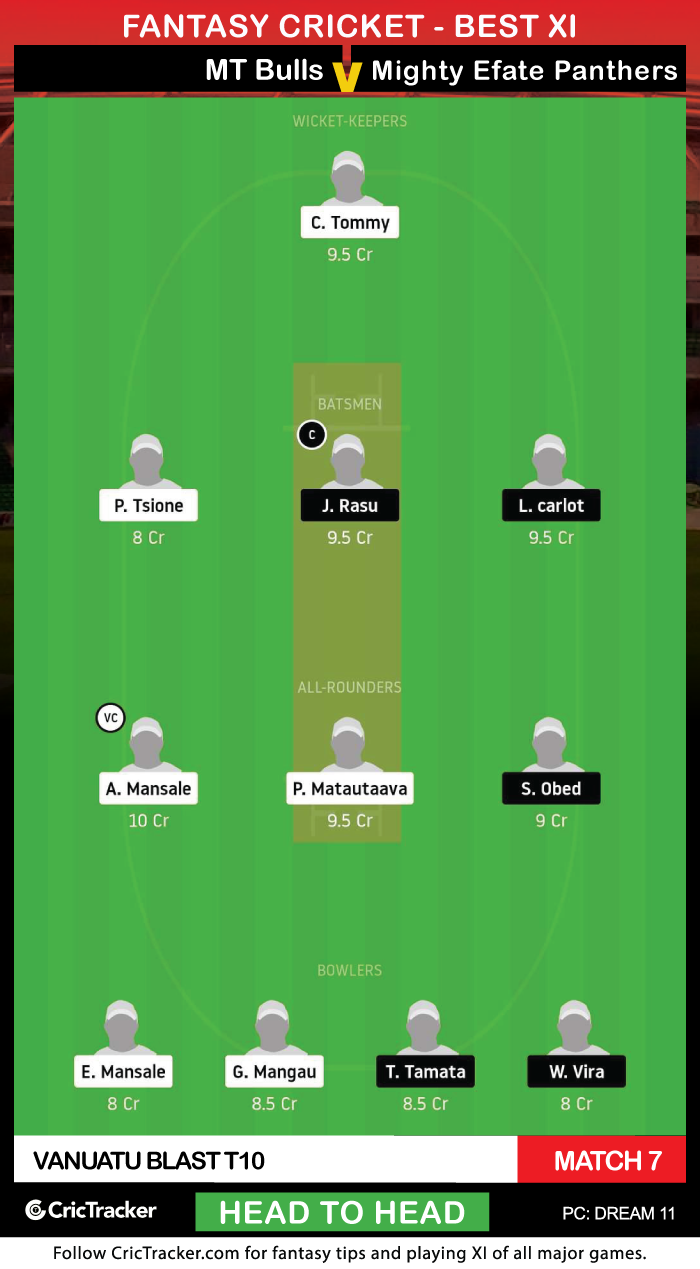 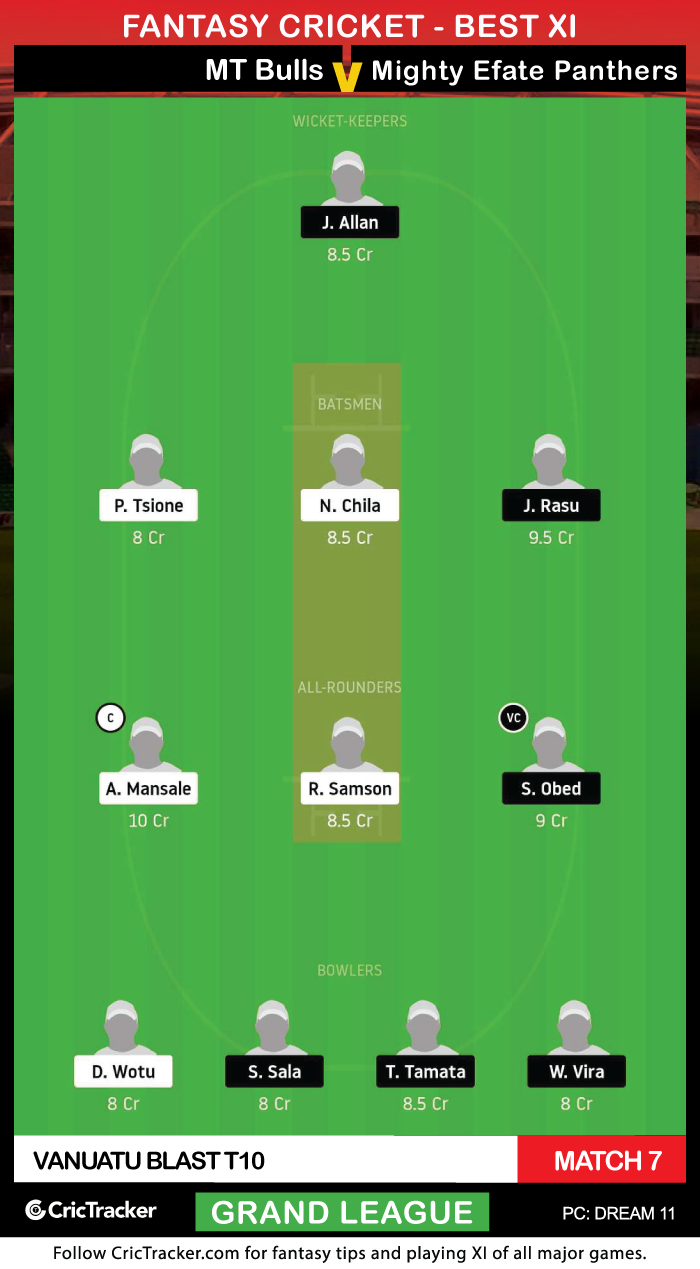 The teams could make a few surprise changes to their line-ups going into this crucial match. It will be better to wait for the toss before choosing your fantasy XI.