Andrew Mansale scored 43 runs off 20 balls in his previous outing.

The 9th match of BetBarter Vanuatu Blast T10 League 2020 will be played between Ifira Sharks and MT Bulls at the Vanuatu Cricket Ground – Hybrid Oval.

Sharks lost their previous match against MT Bulls by a margin of 13 runs. And, they will look to avenge the loss of their previous defeat. They have a strong batting line-up that comprises of William Yamak, Nalin Nipiko, who will look to click fine knocks and lead their side to the finals of the tournament. Also, their bowling unit looks pretty balanced that would be eager to come out with a convincing show in the upcoming match.

Meanwhile, MT Bulls won by nine wickets in their previous outing. And, they would be eager to maintain their winning momentum. In batting, they have the services of Andrew Mansale, Philip Tsione, who are performing in their top-notch form with the bat. And, MTB would be expecting them to continue with the same in the upcoming match.

There are no chances of rain on the matchday and the wind is expected to blow at a normal rate throughout the day.

The pitch at Vanuatu Cricket Ground is expected to go in favour of the batsmen as far as last four games are concerned. The batters have managed to notch good scores against the bowlers without facing many difficulties. Meanwhile, the side batting first has ended up winning on most occasions. So, the team winning the toss will look to bat first to be on a safer side.

Average first innings score: 94 ( Matches played in this league at this venue)

Andrew Mansale has done an impressive job with the bat for MT Bulls. He scored a brilliant knock of 43 runs off 20 balls in his previous outing. He should be picked in any fantasy team. Philip Tsione also showed his good form by scoring 37 runs for his team in his last outing. Nalin Nipiko is another all-rounder, who will be in the spotlight as far as his previous performances are concerned. 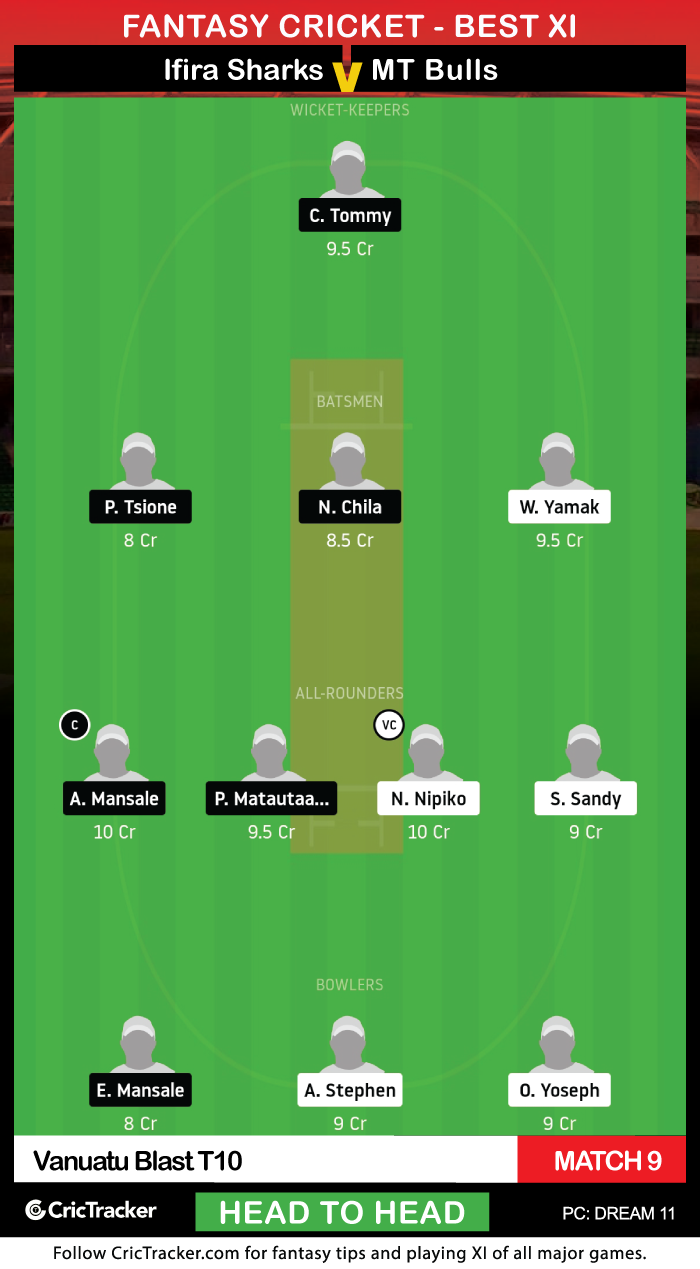 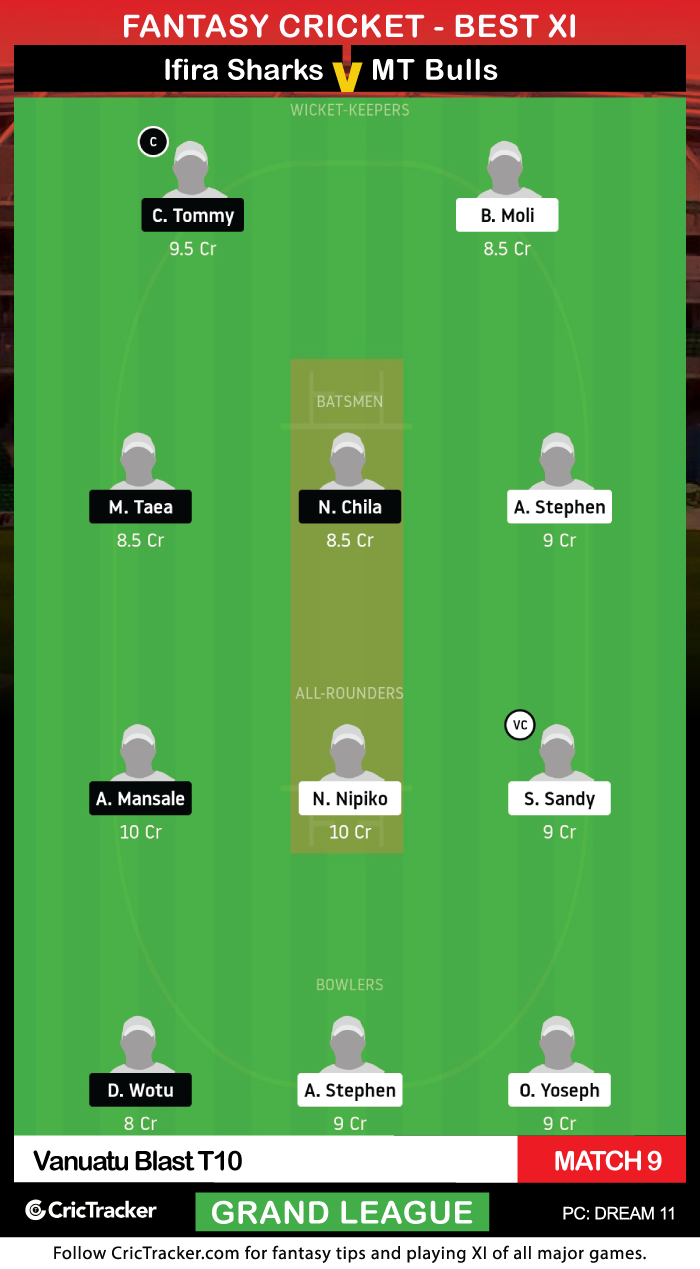 Ifira Sharks suffered defeat in their previous outing. So, it will be wise for the user to wait for the confirmed team before picking their fantasy team.

MT Bulls is expected to win the match.