VCA Sky Blue are going to clash with VCA Orange in the second and final match of the day in VCA T20 2021. VCA Sky Blue had the worst tournament so far, having lost 4 out of the six matches they played. They are rooted on the bottom of the league table with 8 points in their bag.

VCA Orange, on the other hand, are in tremendous form, having won 4 out of their six matches in the ongoing competition. However, they tasted their second defeat against VCA Green by a huge margin of 93 runs. They will be keen on putting up a brilliant performance to take the two crucial points in the upcoming fixture.

The batters have found their ways in putting up huge runs on the board, as we witnessed some high-scoring matches on the last few days of the tournament.

The first retention card will be used for MS Dhoni in IPL 2022: CSK official

Nayan Chavan came out of the syllabus in the previous match against VCA Red. He has scored 81 runs including 10 boundaries and 2 sixes.

Siddesh Neral once again showed his skills with the ball for VCA Sky Blue. He bagged 3 wickets while conceding 27 runs in his spell.

The skipper of the side, Siddhesh Wath is a must-have player in your fantasy team. He has amassed 283 runs in his six outings.

Praful Hinge was the only bowler to pick wickets in the previous match against VCA Green. He scalped 3 wickets and conceded 36 runs in his spell. 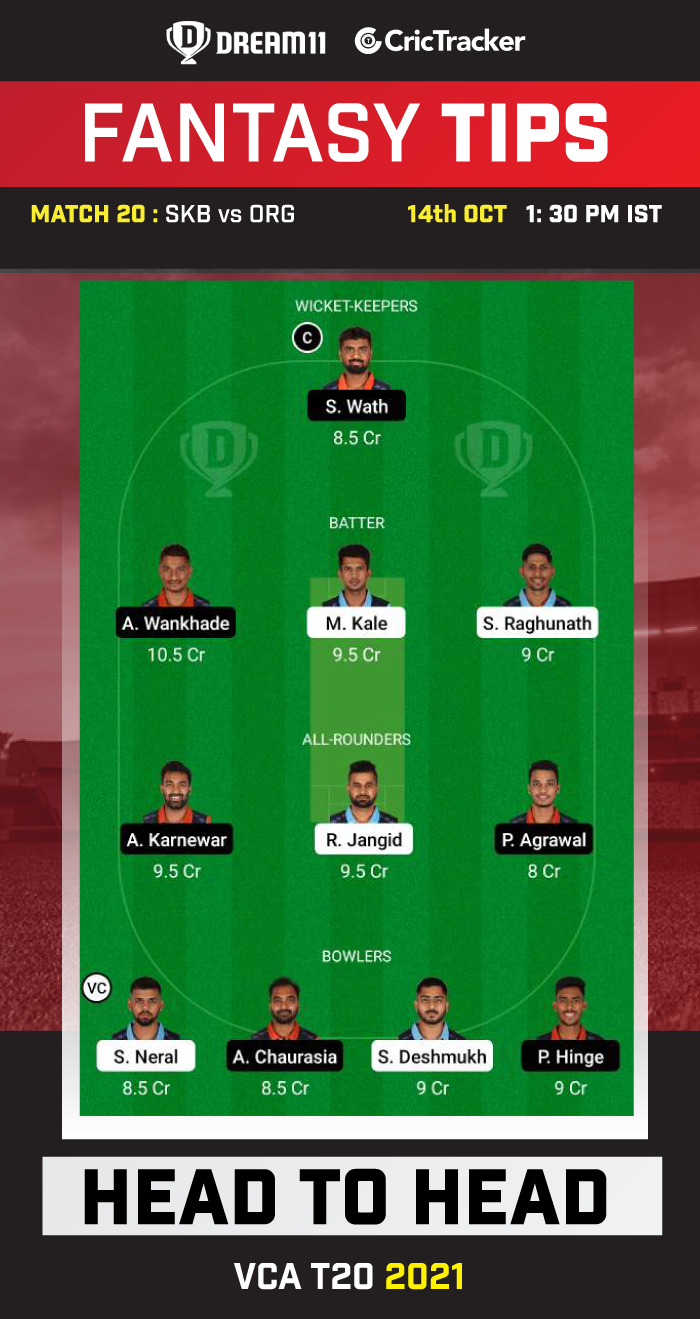 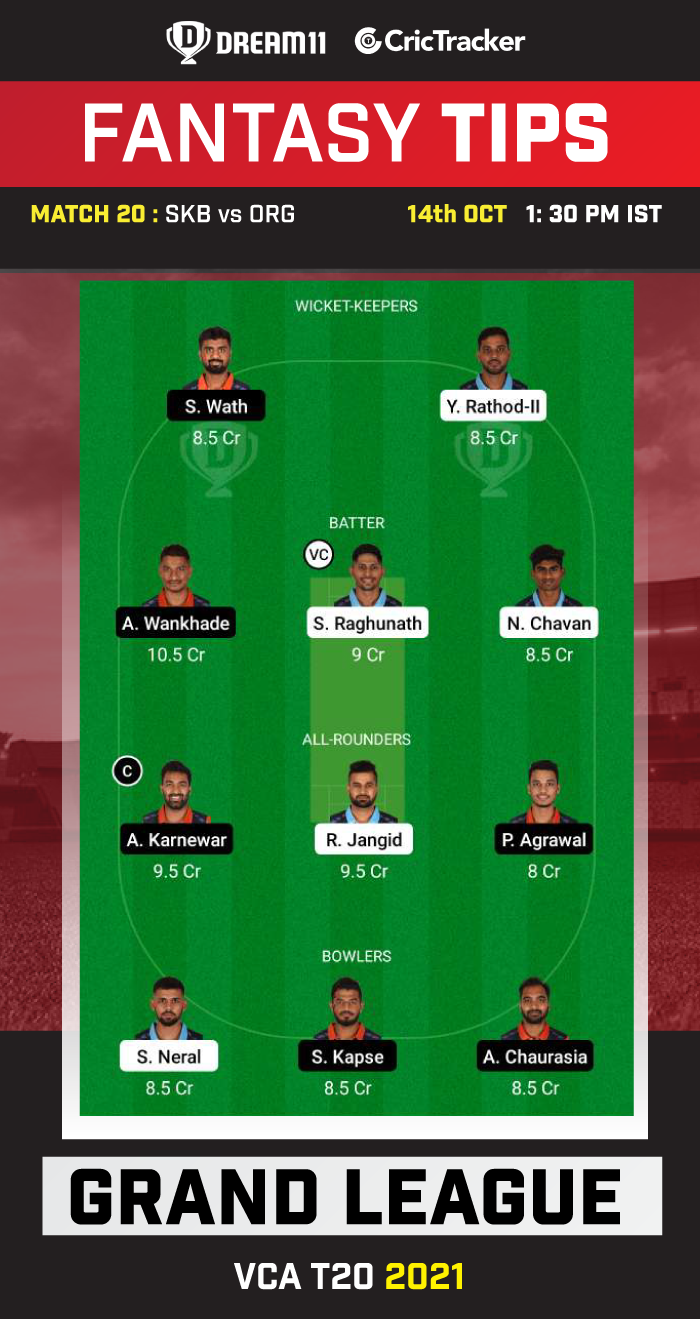