VCA Red will be taking on the VCA Orange in the first match of the day in VCA T20 2021 on Monday. Talking about VCA Red, they are in fabulous form this season and have won 6 out of the eight matches they played. Currently, they are at the second spot with 24 points in their bag.

As for VCA Orange, they have proved that they are not less than anyone, having won 6 out of the nine matches in the tournament so far. They are ruling the VCA T20 league table and will look to continue the same run in the upcoming match. So, it will be interesting to see that who’s going to grab the two invaluable points which are in front of them.

Considering this format, the wicket looks a balanced one. Even the bowlers are having a great tournament with the ball so far. Even the score of 150 is defendable if the bowlers stuck to their plans.

Also Read: Not at all concerned about Bhuvneshwar Kumar’s form, his experience is valuable: Virat Kohli

Mandar Mahale has had a decent outing so far in the competition. He has scored 182 runs and also plucked 4 wickets with the ball.

Nachiket Bhute is the other player to watch out for from the VCA Red team. He has taken 11 wickets and would be looking to add more to his tally in the upcoming match.

The skipper of the side, Siddhesh Wath is a must-have player in your fantasy team. He has amassed 407 runs after featuring in eight games.

Abhishek Chaurasia has bowled well in the previous match against VCA Blue. He has taken 3 wickets, while conceding just 27 runs. 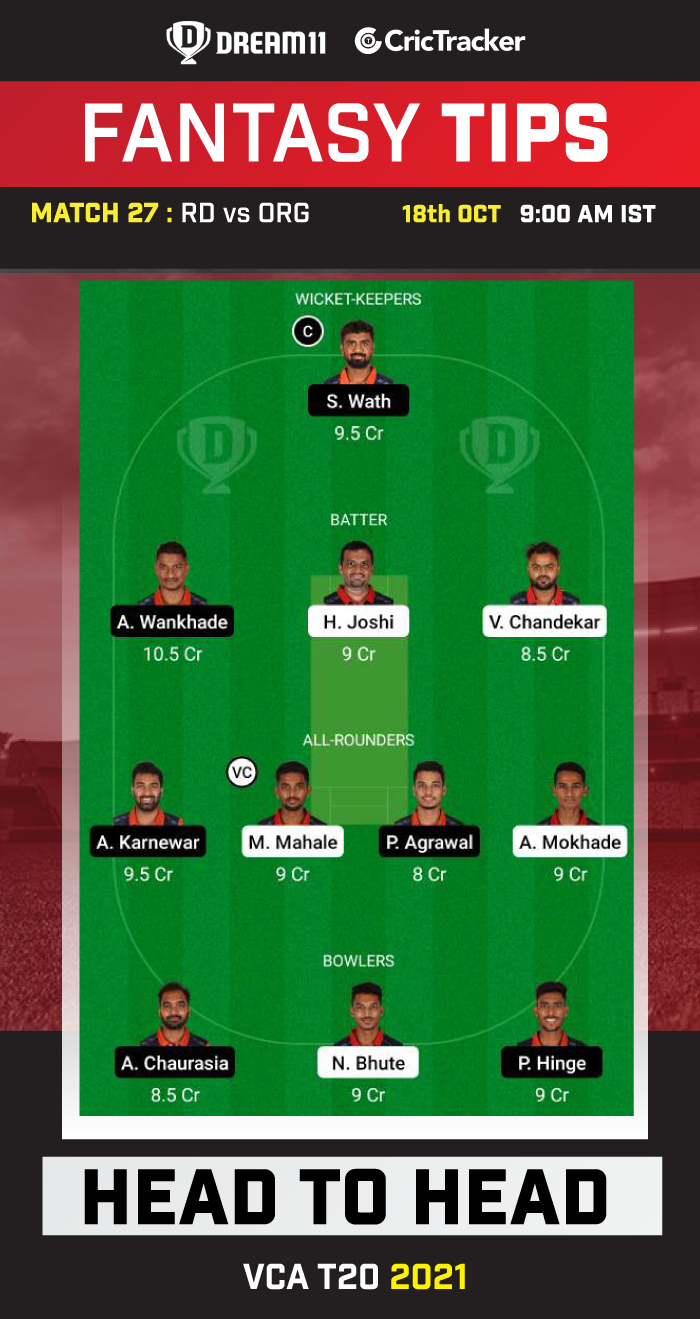 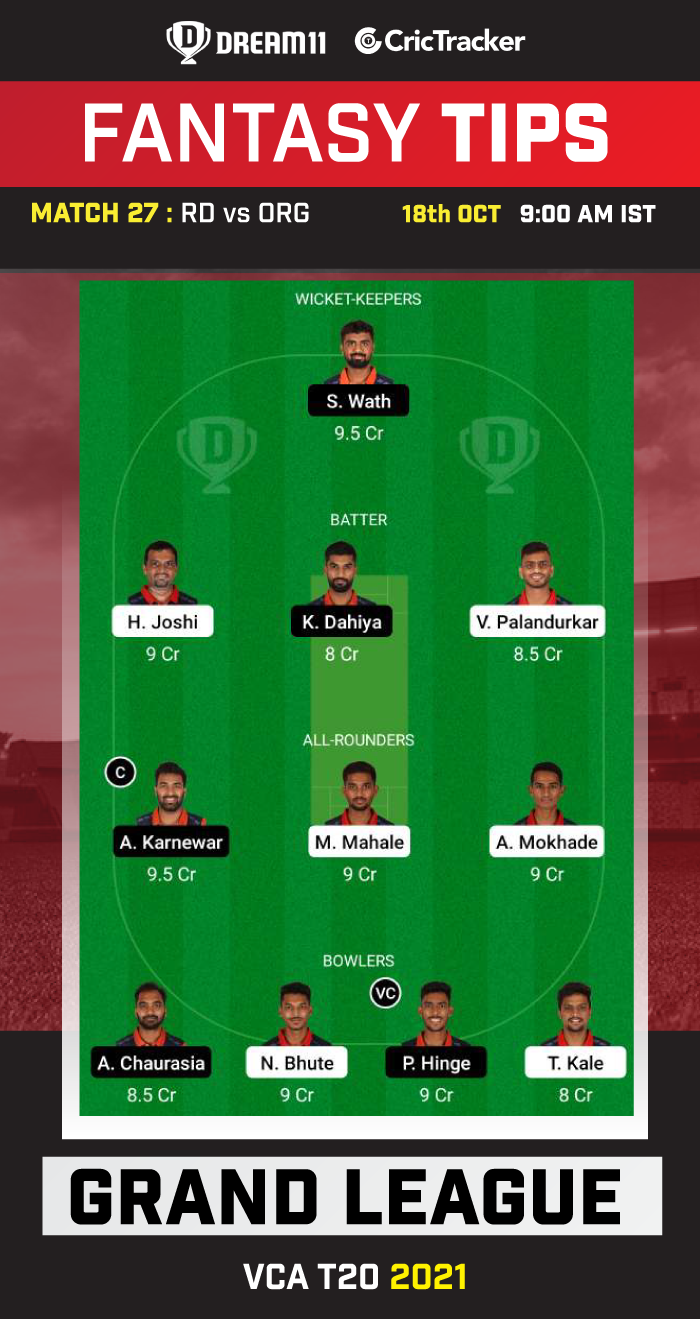