Bologna Cricket Club and Venezia Cricket Club are going to face each other for the second time in the ECS T10 Rome 2020 on Saturday. In their last meeting, Venezia CC beat Bologna CC comfortably by 12 runs. With 4 points in their bag, Bologna CC are placed at the 3rd position in the Group B points table.

Venezia CC, on the other hand, have won 3 out of 4 games they have played in the tournament so far. They will have to give their A-game in this particular tie, and Bologna CC will be looking to avenge last day’s defeat. Both teams will look forward to winning this match and strengthen their position in the points table.

The weather is forecasted to be cloudy during the course of the match, with the temperature hovering around 19 Degrees Celsius range.

The track at Roma Cricket Ground has become a little bit slower and bowlers are getting a bit more assistance now, than they did in the initial days of the competition.

Also Read – IPL 2020: 3 Mistakes committed by the losing side in SRH vs RCB

Shagar Choquder is a bowling all-rounder who has bagged 4 wickets in last 4 games. He can be handy with the bat as well.

Muhammad Adnan is one of the most experienced players of his side, who has plundered 27 runs in last 4 games and has bagged 6 wickets as well.

Mahmudul Islam has picked up 4 wickets in the last 4 matches. Besides that, he has scored 50 runs as well.

Suresh Kolli has picked up 2 wickets and scored 53 runs in last 4 games for his side in this tournament. 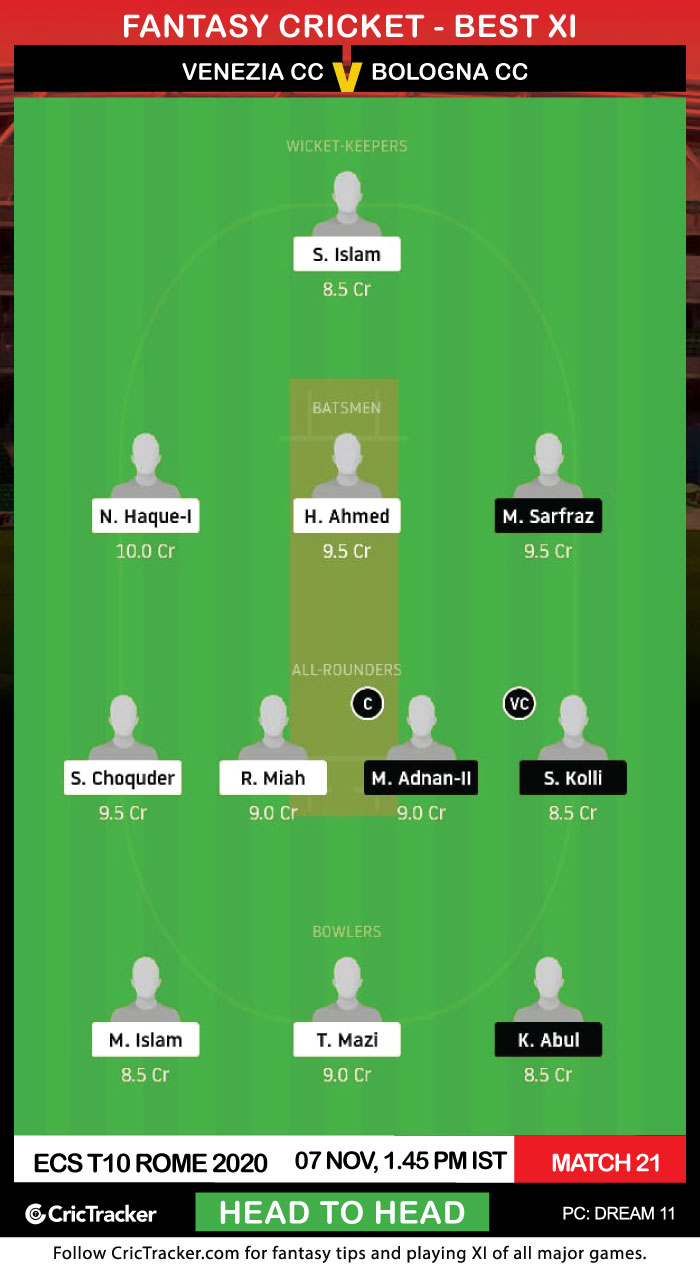 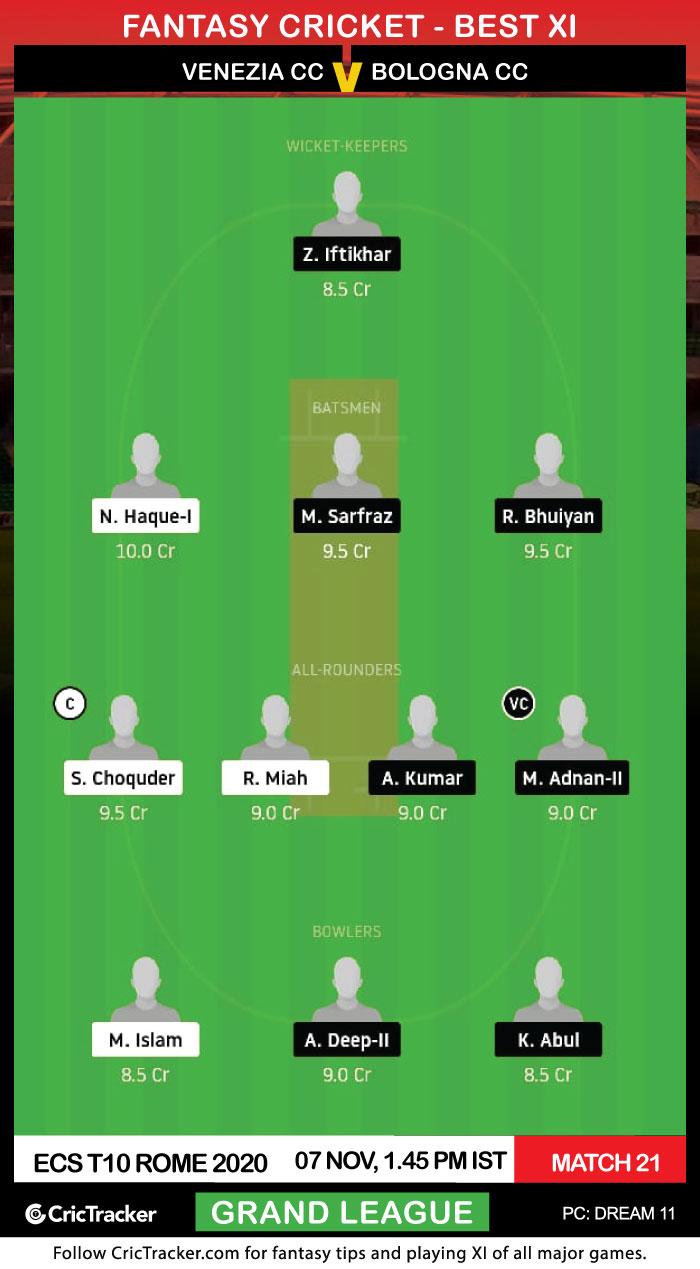 Though listed as a bowler, Khayer Abul is a bowling all-rounder who is equally effective with both the bat and the ball. Hence, it is advisable to pick him in both of your Dream11 Fantasy teams and make him captain in one of your grand league team.

Venezia Cricket Club are expected to win this game.