The 17th match of the ECS T10 Rome 2020 will be played between Bergamo United Cricket Club and Venezia Cricket  Club, at the Roma Spinaceto Cricket Ground, Rome.

Bergamo United CC, on the other side, have won 1 out of 2 games. They lost a closely-contested encounter in their last game against Venezia CC by just 4 runs. They will have their task cut out against Venezia CC, who are considered as one of the most lethal sides in this competition. Both the teams will be eager to get a win in this match.

The weather is expected to be partly cloudy for this game, with the temperature hovering around 18 Degrees Celsius.

This pitch will favour the batsman. However, the pacers are expected to get some help in the first few overs.

Faisal Muhammad is a bowling all-rounder who has bagged 5 wickets in the last two games. He will be a must-have for your Dream11 Fantasy teams.

Mubashir Amin is one of the most experienced players of his side. He has plundered 53 runs in last two games.

Hosan Ahmed has picked up 2 wickets in the last two matches. Besides that, he has scored 20 runs as well.

Ravi Paul picked up 3 wickets in last two games for his side in this tournament. He is expected to lead Bergamo United CC’s bowling attack. 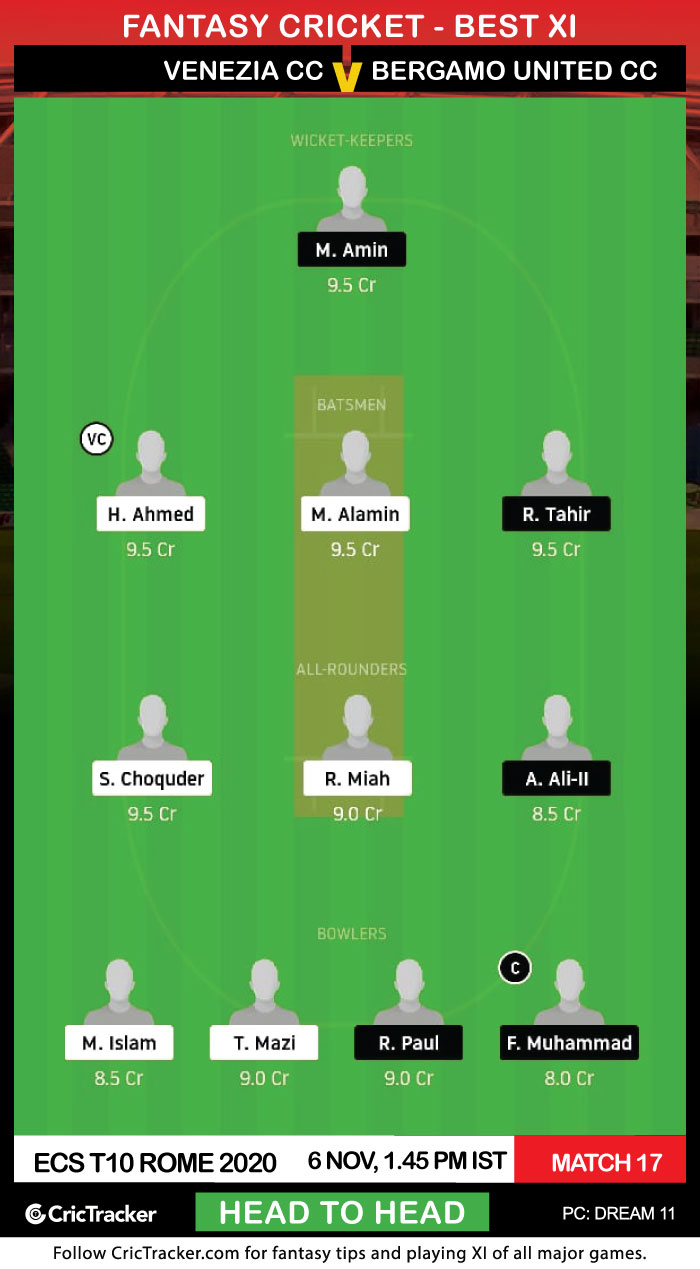 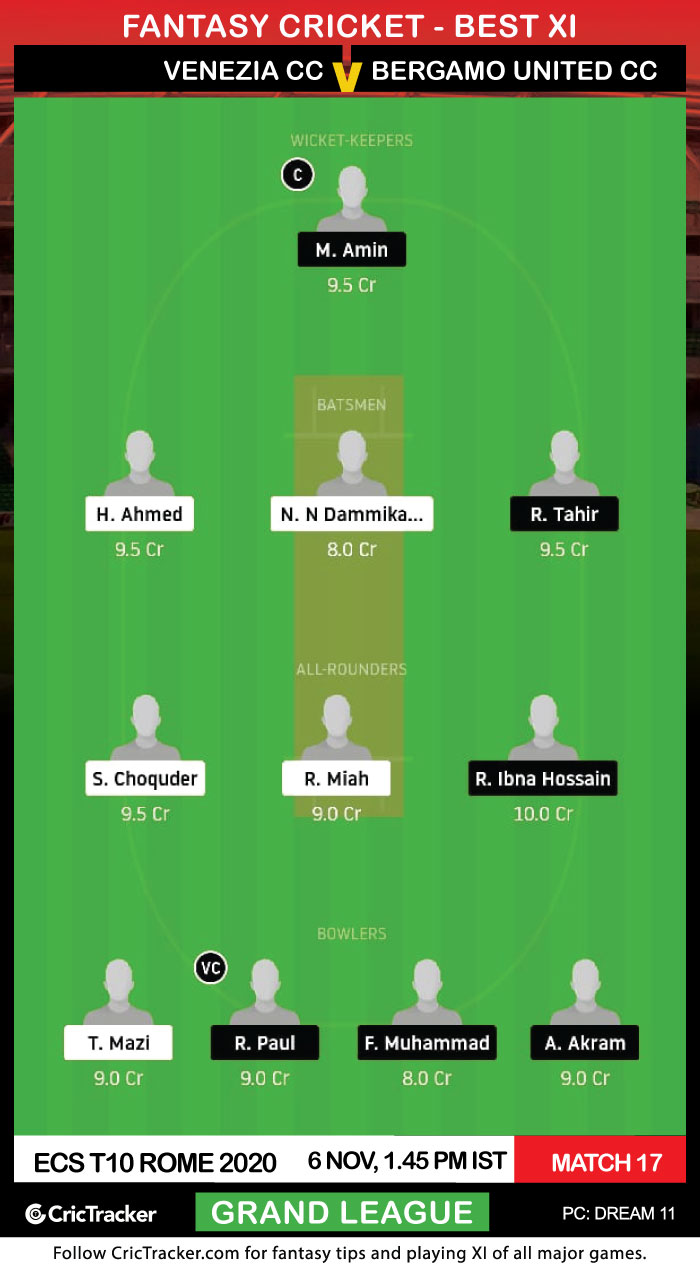 Rayhan Ibna Hossain is an all-rounder who is equally effective with both the bat and the ball. Hence, it is advisable to pick him in at least one of your Dream11 Fantasy teams.

Venezia Cricket Club are expected to win this game.