There is no way you should miss Sabawoon Davizi in your fantasy team.

The 2nd Quarterfinal of the Prague ECS T10 2021 will be played between Vinohrady CC and Prague Barbarians Vandals at the Vinor Cricket Ground, Prague, Czech Republic, on 14th May.

The match will start at 2:30 PM IST and it will be streamed live on Fan Code.

In the second quarter-final of the European Cricket Series Prague T10 2021, we will witness a clash between two really good sides, Vinohrady CC and Prague Barbarians. Vinohrady CC is coming into this match after successfully finishing in the second place in Group A. In the eight matches played by them so far, they have won six, lost one, and managed to draw one.

With 13 points to their name, Vinohrady CC will take on Prague Barbarians Vandals. The PBV has played some good cricket as well. In their eight matches, they have won five matches and lost the rest of three games. They ended at the third place on the group B points table.

Captaincy Picks for VCC vs PBV

Sabawoon Davizi’s form is one of the key reasons for the success of the Prague Barbadian Vandals in this tournament. He has played an important hand in both departments. Davizi has scored 163 runs in the last five matches and also picked up six wickets. 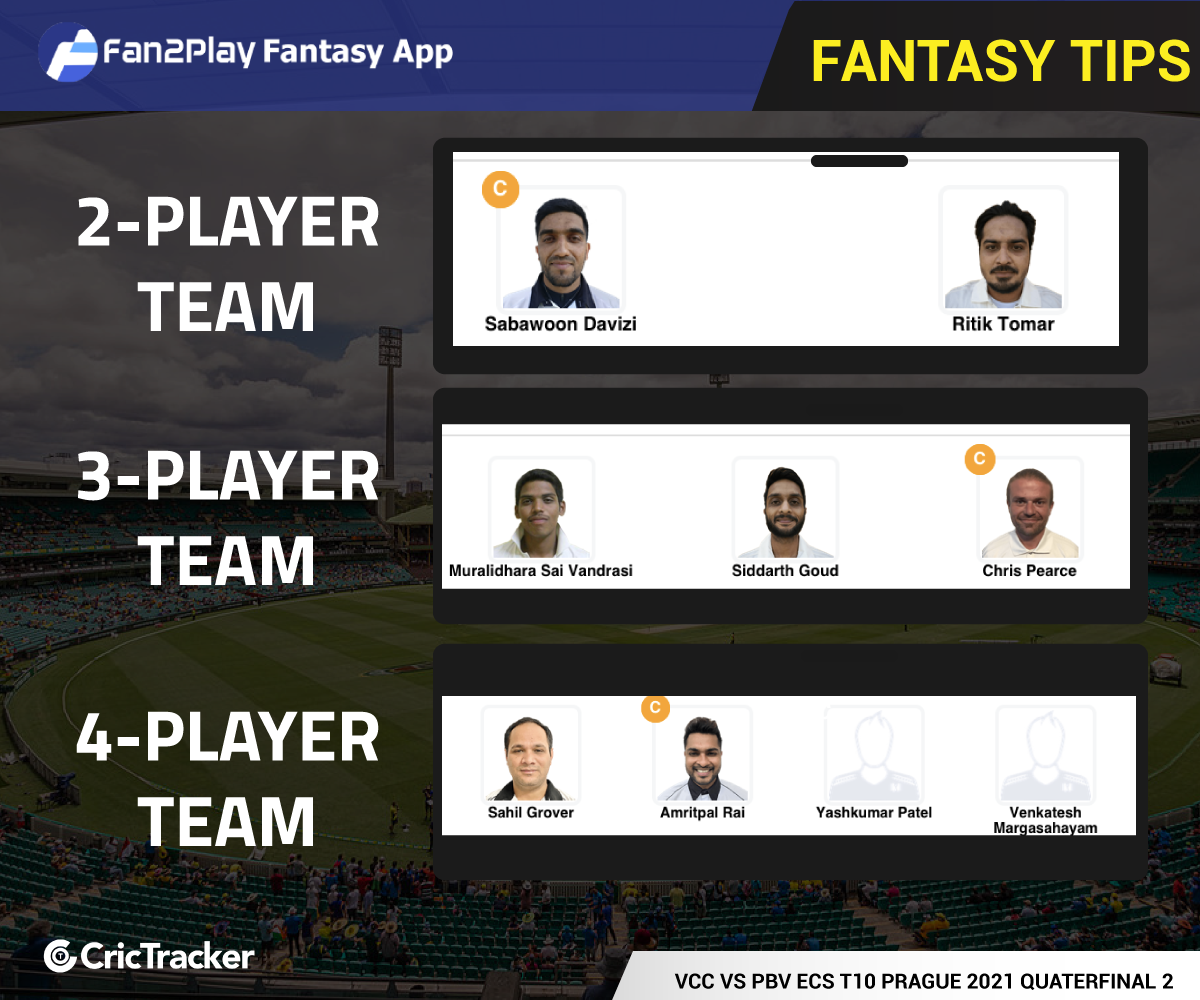 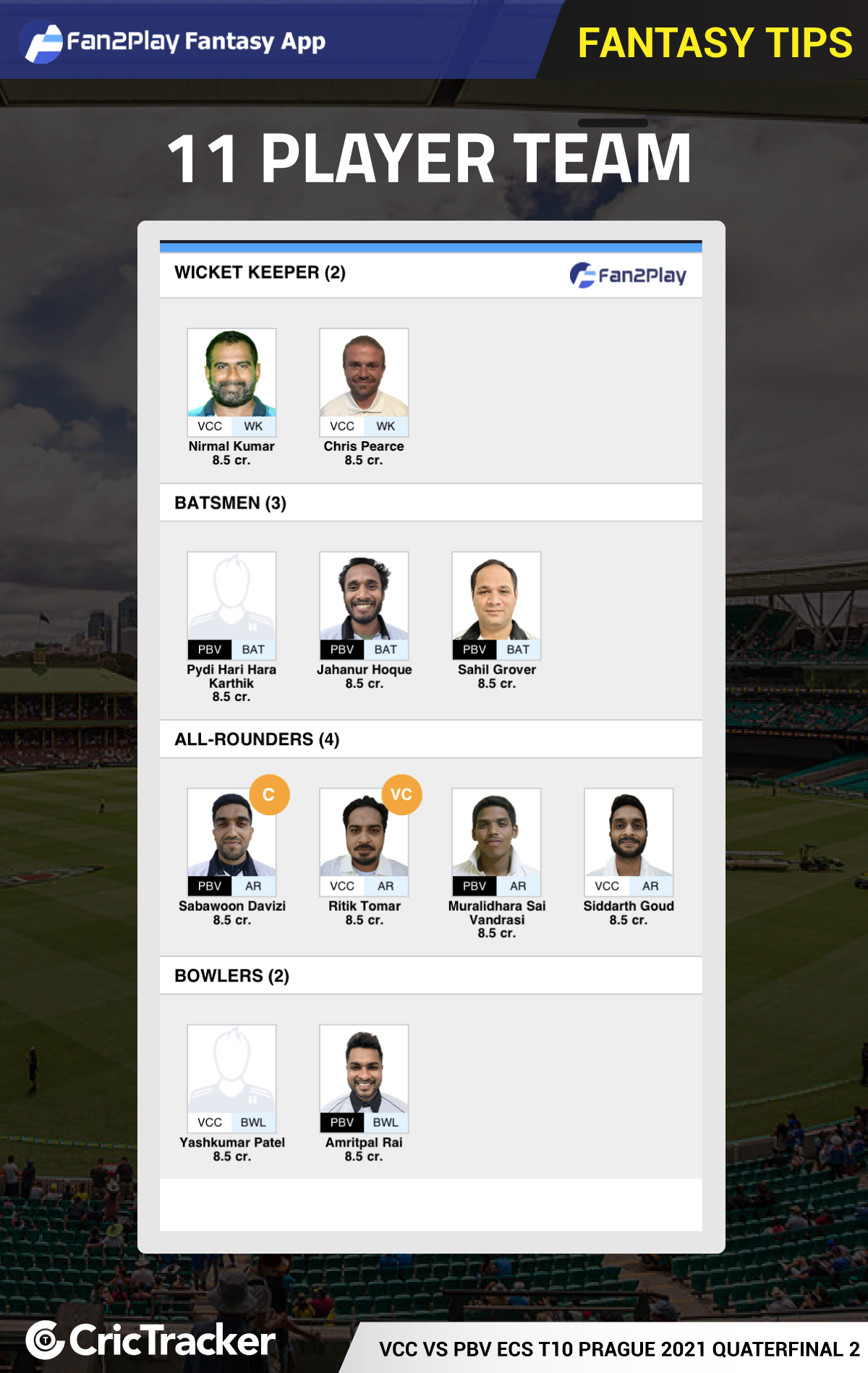