Stephen Naitram had a good time with the bat in the last edition of this competition.

Vieux Fort North Raiders had a below-par season last year here in the St Lucia T10 Blast. They won 2 of their 4 games, but that was not enough to give them a place in the playoffs. This time around, their primary target will be to reach the players.

Their upcoming match is against the Central Castries Mindoo Heritage. The Castries are yet to play a game in this season, but they had a good time in the competition in the previous edition. Heritage finished third in that competition and will be aiming to go one step further this time around.

The Daren Sammy National Cricket Stadium is slightly on the bowlers’ side. Scoring runs is going to be a challenge, as anything above 90 looks like a good total here.

Junior Peter was a tad inconsistent in the last season, but he still managed to score over 70 runs. He will aim for bigger and better things this time.

Stephen Naitram had a good time with the bat in the last edition of this competition. He scored 154 runs at a strike rate of over 150.

Alleyn Prospere was impressive with the ball in hand in St Lucia T10 Blast 2020. He picked up 6 wickets at an average of under 20. 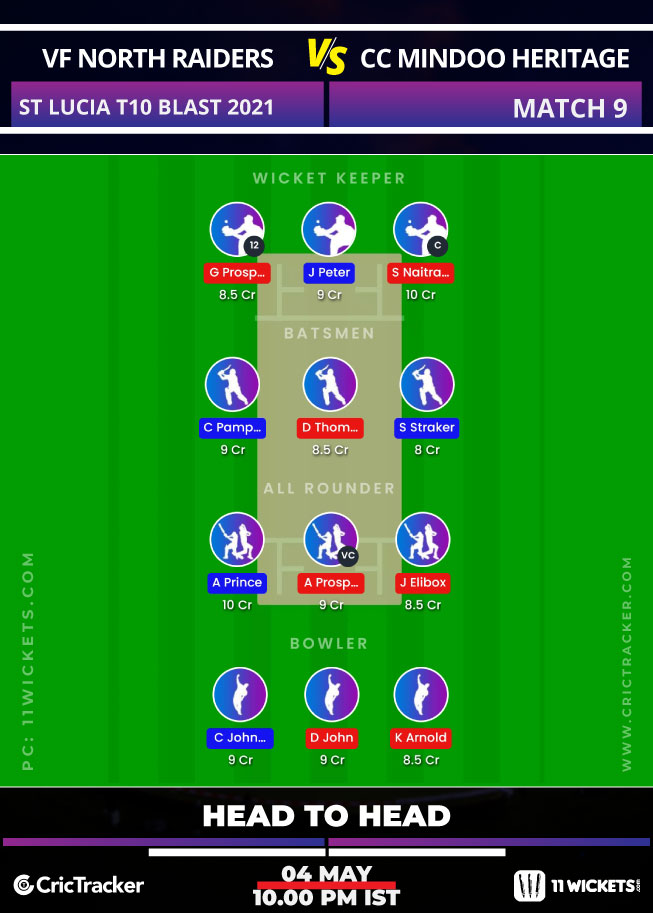 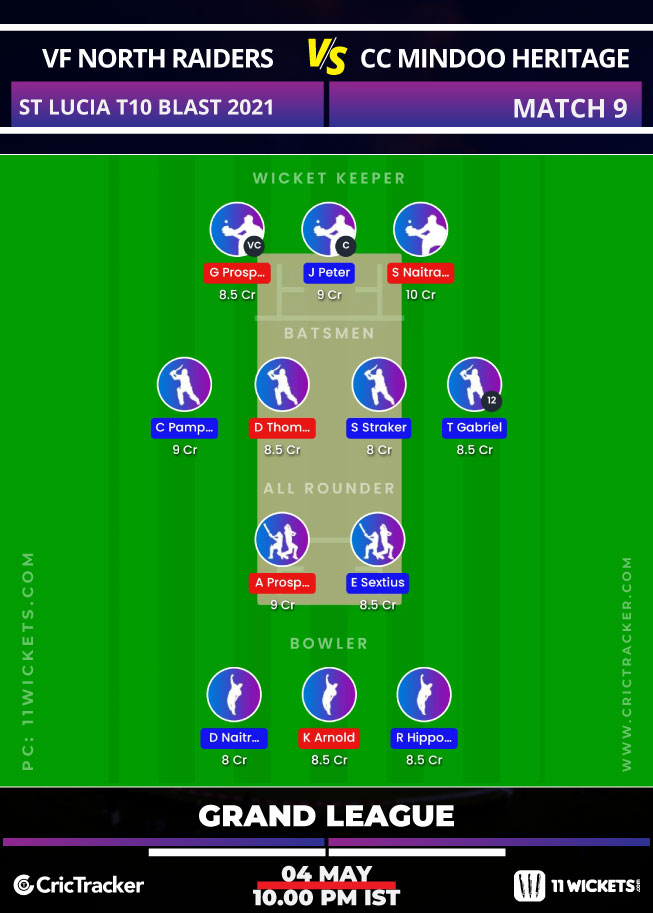