Rishi Dhawan is tough to handle in seaming conditions and could be a safe option as a multiplier if the track does a bit.

The Round 7 match in the Elite Group B of the Vijay Hazare Trophy 2019-20 will be played between Himachal Pradesh and Vidarbha at the Gujarat State Fertilizer Corporation Ground in Vadodara.

Himachal Pradesh has been involved in only one completed match in this season thus far which was also a game of 21 overs aside. In the match against Odisha in the last week, Himachal fell three runs short of Odisha’s total. Despite never been in control with the bat, Odisha somehow finished with 145/8. In reply, Himachal were 28 runs away from a win with five wickets and 22 balls to go.

The chase came to an end with Amit Kumar getting cleaned up on the last ball when four runs were needed. They will be hoping to get into winning ways when they face Vidarbha on Monday. The Vidarbha team also featured in only one completed match in this season. They faced Punjab on Saturday and ended up losing by seven wickets. Their total of 155 was chased down in the 47th over.

The GSFC Cricket ground in Vadodara set to produce a result on Monday. Sunny weather is expected for the game between Himachal and Vidarbha.

The GSFC Ground in Vadodara in all likely will witness a full List A game after 13 years. Previously, the venue was a low scoring one and didn’t provide big scores in T20s either. The two no result games saw pacers running through the line-ups in friendly conditions.

Umesh Yadav is part of the Indian Test squad.

Atharva Taide is a player to watch out for among Vidarbha squad due to his all-round skills. Rishi Dhawan could love to bowl with the new ball on the surfaces with moisture. Prashant Chopra has been consistent for Himachal Pradesh and has good List A record. The Vidarbha all-rounders are quite effective too. Ganesh Satish scored three fifties in seven innings in the previous edition and would be hoping to bring consistency. Ankush Bains’ glovework could get rewards if pacers find enough movement.

Rishi Dhawan is tough to handle in seaming conditions and could be a safe option as a multiplier if the track does a bit. 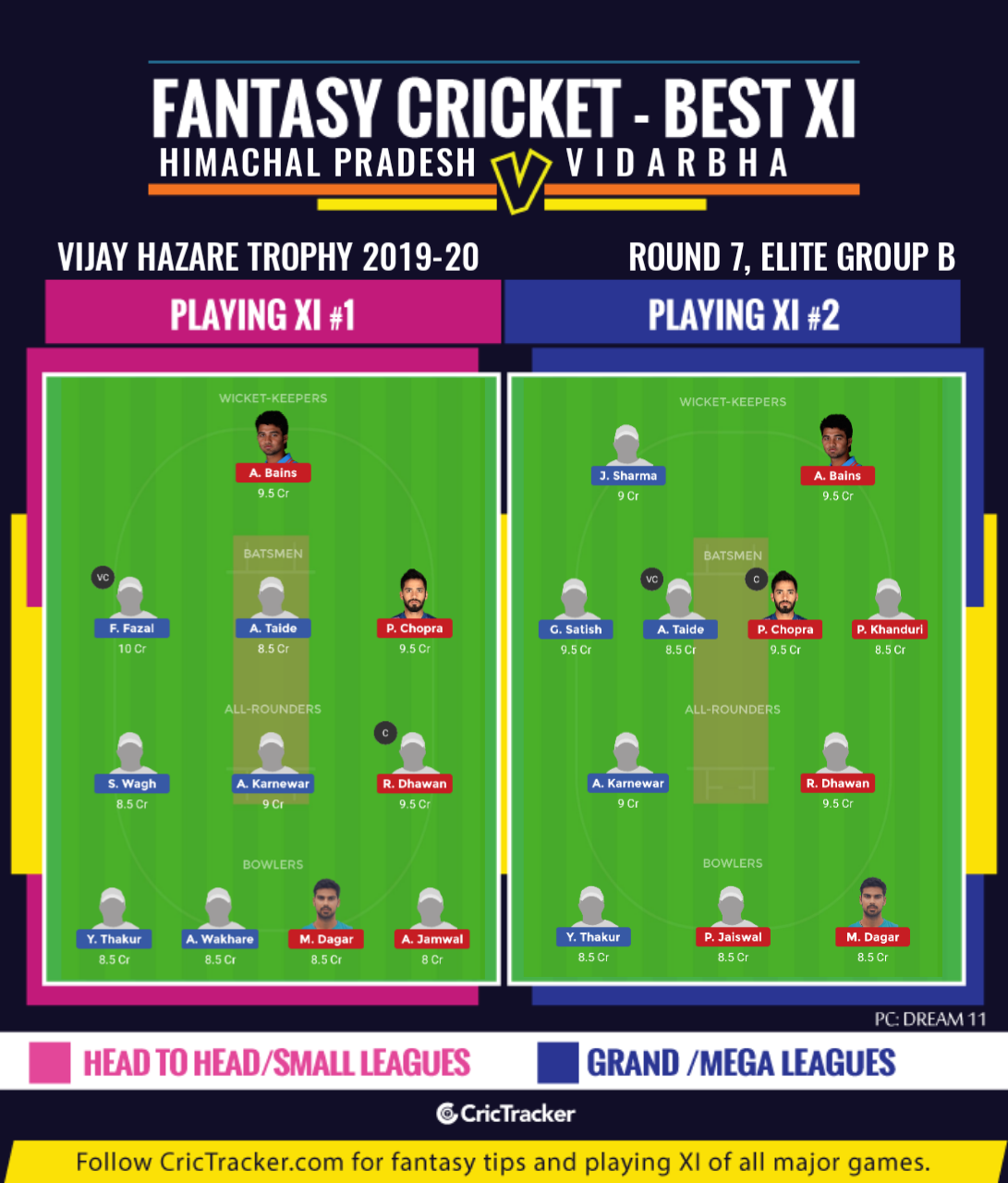 The likes of Mayank Dagar and Yash Thakur have been amongst wickets over the last couple of seasons. They had got good strike rates especially on the tracks that offer some help. Hence, they will be a must in the fantasy team.

Vidarbha is expected to edge past Himachal Pradesh.