Kerala are expected to win this match.

The Elite Group C match of the Syed Mushtaq Ali Trophy 2021 will be played between Kerala and Uttar Pradesh at KSCA Cricket (2) Ground, Alur on Monday.

The match is scheduled to start at 9:00 AM local time and IST. It can be watched live on Disney+Hotstar.

Kerala are set to lock horns with Uttar Pradesh in Elite C Group match of the Vijay Hazare Trophy 2021 on Monday. Kerala and Uttar Pradesh are ranked second and third consecutively on the Group C points table, after starting their campaign with a win each.

Kerala ace opener Robin Uthappa had a dream start to 2021 Vijay Hazare trophy by scoring a century against Odisha in just 85 balls. A 94-run partnership between Uttar Pradesh openers Abhishek Goswami and Karan Sharma was crucial in chasing down the target of 247 runs set by Karnataka. A mouth-watering encounter is on the cards with both teams flaring with confidence coming into this match.

KER vs UP Weather Report:

It will be a sunny afternoon here in Alur, with the temperature hovering around the 21 degrees mark. The chance of precipitation for this match is low.

The pitch is expected to hang in balance for both batsmen and bowlers. However, the team that wins the toss will be looking to bat in the second innings.

KER vs UP Top Picks for Today’s Dream11 Match

Robin Uthappa scored a brilliant 100 at an impressive Strike rate of 125.88 in the opener of the Vijay Hazare 2021. He must be your first choice batter in this match as well.

Recent addition to the RCB team, Sachin Baby picked up one wicket at an economy of 6.33 runs per over and scored 40 runs in the first match of Vijay Hazare 2021.

Jalaj Saxena has picked up two wickets and has the best economy among Kerala bowlers of 4.77 runs per over. He is the go-to choice for Kerala captain for picking wickets.

India vs England: Ravi Ashwin leaves the fans bewildered with his cryptic tweet

Playing Tests against India is bigger than the Ashes: Ian Bell

Uttar Pradesh opener Abhishek Goswami has an average of 54 and showed great touch in their first match against Karnataka.

20-year-old Shivam Sharma has three wickets to his name at an economy of 4.44 runs per over. A wicket-taking bowler like him is sure to fetch you good fantasy points.

Suggested Playing XI No.1 for KER vs UP Dream11 Fantasy Cricket: 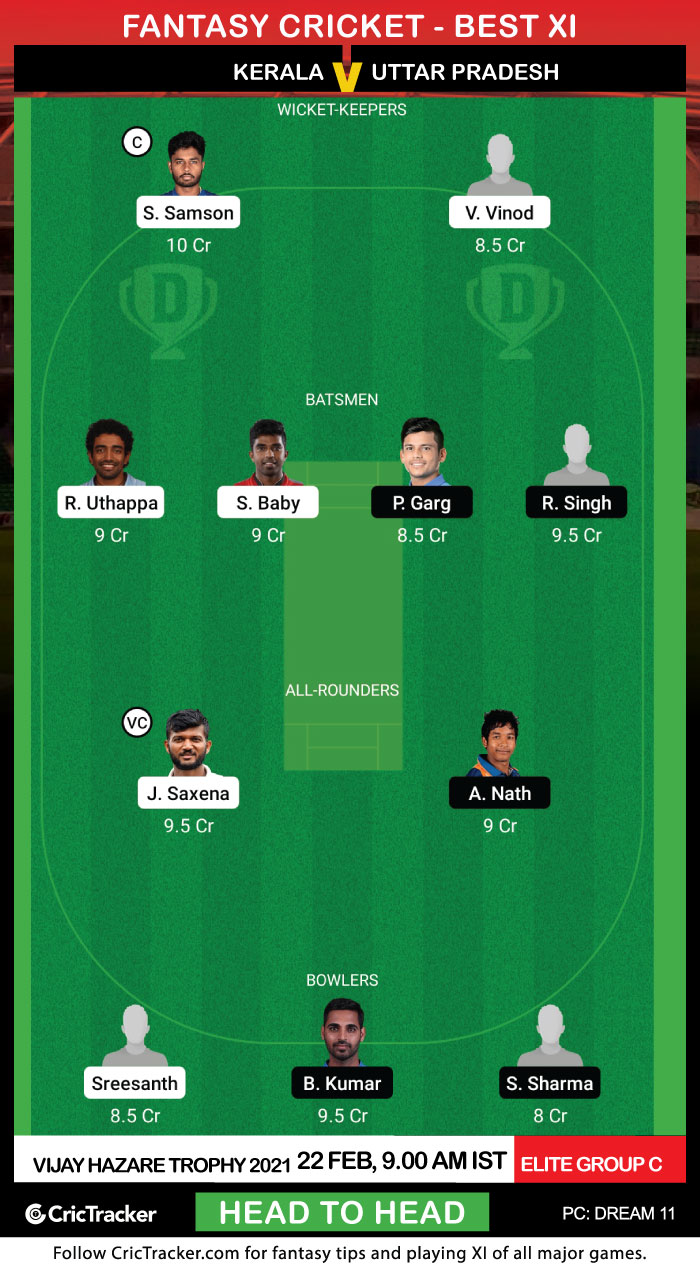 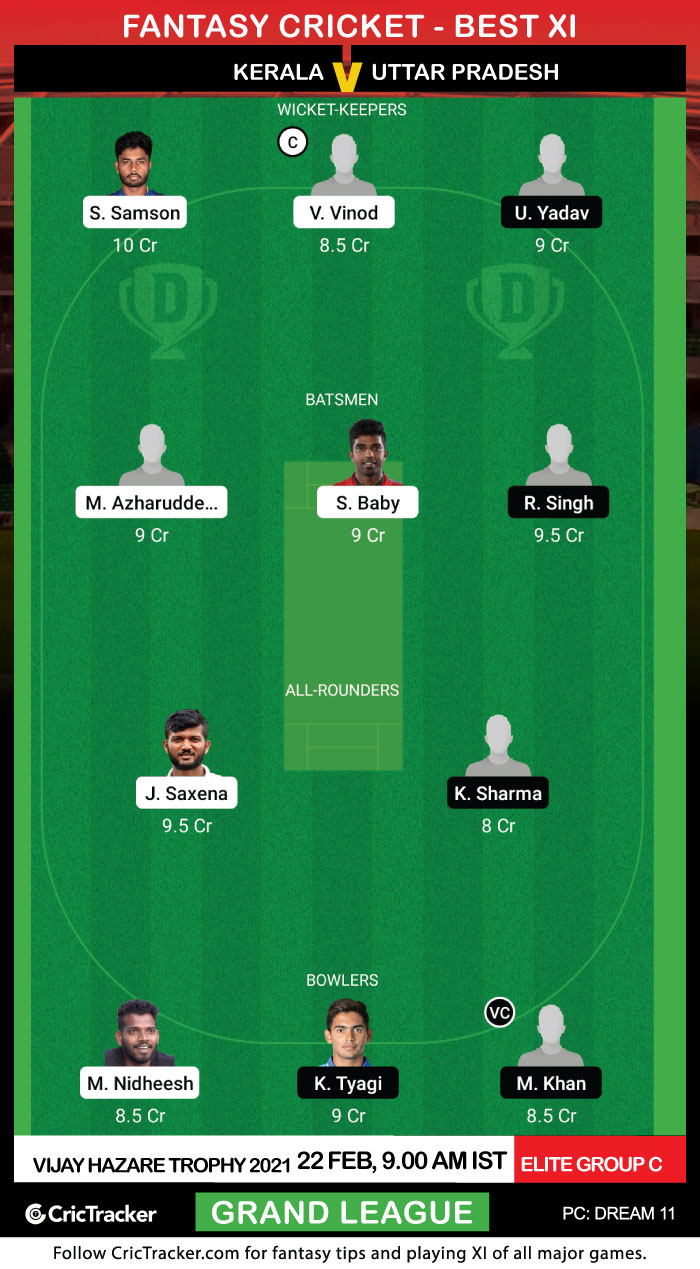 It is advisable to pick Sanju Samson in your side as he will get you points with the bat as well as while wicket-keeping.

Kerala are expected to win this match.