Sunil Ambris is in top form with the bat. 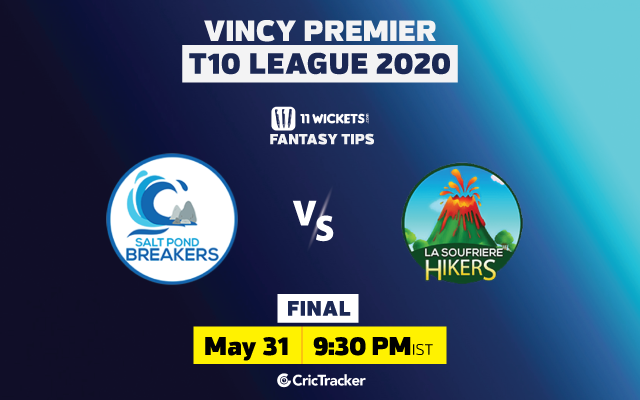 The final of Vincy Premier T10 League 2020 will be played between Salt Pond Breakers and La Soufriere Hikers at the Arnos Valley Sporting Complex in Kingstown.

After a long battle between six teams, finally, two teams have made into the final of Vincy T10 League 2020. Salt Pond Breakers will lock horns with La Soufriere Hikers at Arnos Valley Sporting Complex in Kingstown. Both sides look pretty much balanced with many prolific players in their ranks. La Soufriere Hikers batting line-up is in impressive form. In the previous game, they managed a score of 150 runs in 10 overs that is the highest score for this season. Afterwards, their bowlers easily restricted the opponent well within 33 runs.

Coming onto Sand Pond Breakers, they also managed a good win in the semi-final. However, they will have to come out with a good team effort in the grand finale in order to outclass the strong side of Hikers.

The probability is quite high that the rain might play a spoilsport during the match. The wind will be blowing at a rate of 20 to 26 km/hr. And, the temperature will hover between 23 to 29 degree Celsius throughout the day according to Accuweather.

The pitch will be favourable for the batsmen, who will get the liberty to smack the bowlers from very first over. In the last game, the bowlers had to face a tough chopping and they were left clueless on the batting-friendly wicket. Meanwhile, the side winning the toss will look to field first to be on the safer side.

Sunil Ambris is in top form with the bat in Vincy T10 League. He has scored more than 100 runs at a good strike rate for his side. He should be picked in any fantasy side for the final match. Kadir Nedd will play a vital role in any fantasy side. He has si far mustered 92 runs in his five games with the best of 46. Wesrick Strough is also a fine bowler, who has impressed everyone with his brilliant and sharp bowling skills. He has grabbed 5 wickets in 5 games.

Salvan Brown and Dillon Douglas will be the most demanded batsmen by the users due to their amazing form with the bat. 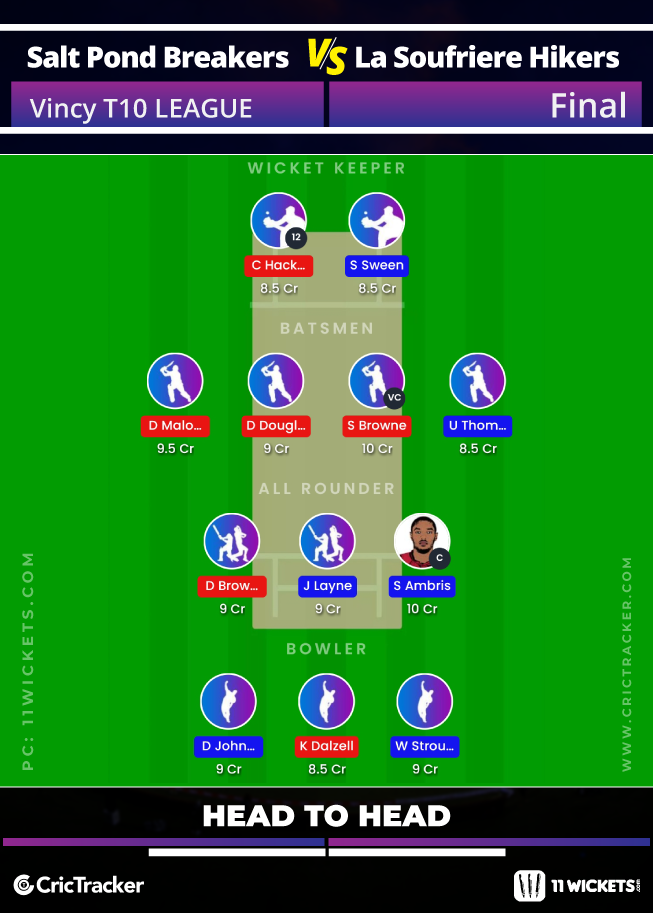 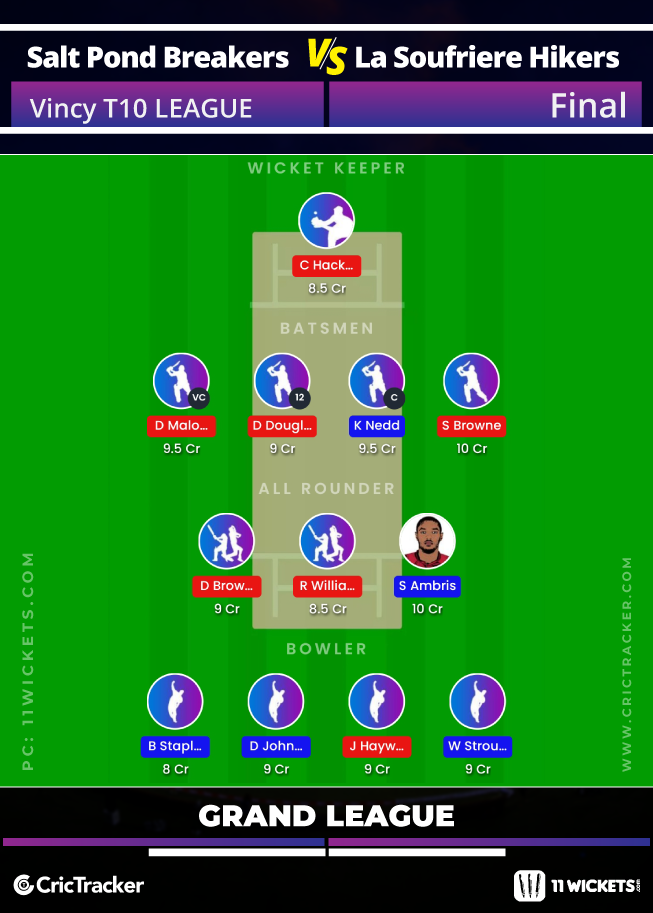 The user should pick more in-form players instead of doing any kind of experimentation while picking a fantasy side. Desron Maloney, the skipper of La Soufriere Hikers has got a good start in the tournament. But, he failed to convert them into a big one. However, in the final, he will have an opportunity to come out with his best performance.

Disclaimer: This team is based on the understanding, analysis, and instinct of the author. While selecting your team, consider the points mentioned and make your own de