The 10th match of Vincy Premier T10 League 2020 will be played between Salt Pond Breakers and Botanic Gardens Rangers at the Arnos Valley Sporting Complex in Kingstown.

The Salt Pond Breakers remain unbeaten after the opening weekend of the Vincy Premier T10 League as they registered three successive wins. Their captain and marquee player, Sunil Ambris has been crucial to their winning streak who has produced all-round performances. They will now be up against the Botanic Gardens Rangers on Monday morning. The Rangers, led by Kesrick Williams, have won two of the three matches thus far and are placed in the top three.

No threat from rain is expected at the Arnos Valley Sporting Complex on Monday morning.

The morning matches here at the Arnos Valley have witnessed big total over the weekend. There have been three totals of 100+ during the games played in the morning out of the three matches thus far. Hence, we can expect a high-scoring game between the in-form teams, the Salt Pond Breakers and Botanic Gardens Rangers.

Hyron Shallow is known for his consistency with the bat and has showcased the same in this tournament. He scored 81 runs at an average of 40.5 with help of two 30s. Sunil Ambris was the joint highest wicket-taker in the tournament with four wickets at the end of Saturday. He couldn’t pick a wicket on Sunday but scored an unbeaten 75 which now makes him the highest run-getter with 109 runs. His team-mate Wesrick Strough leads the bowlers’ chart right now having bagged six wickets at an average of 7.5 only which includes a hat-trick. 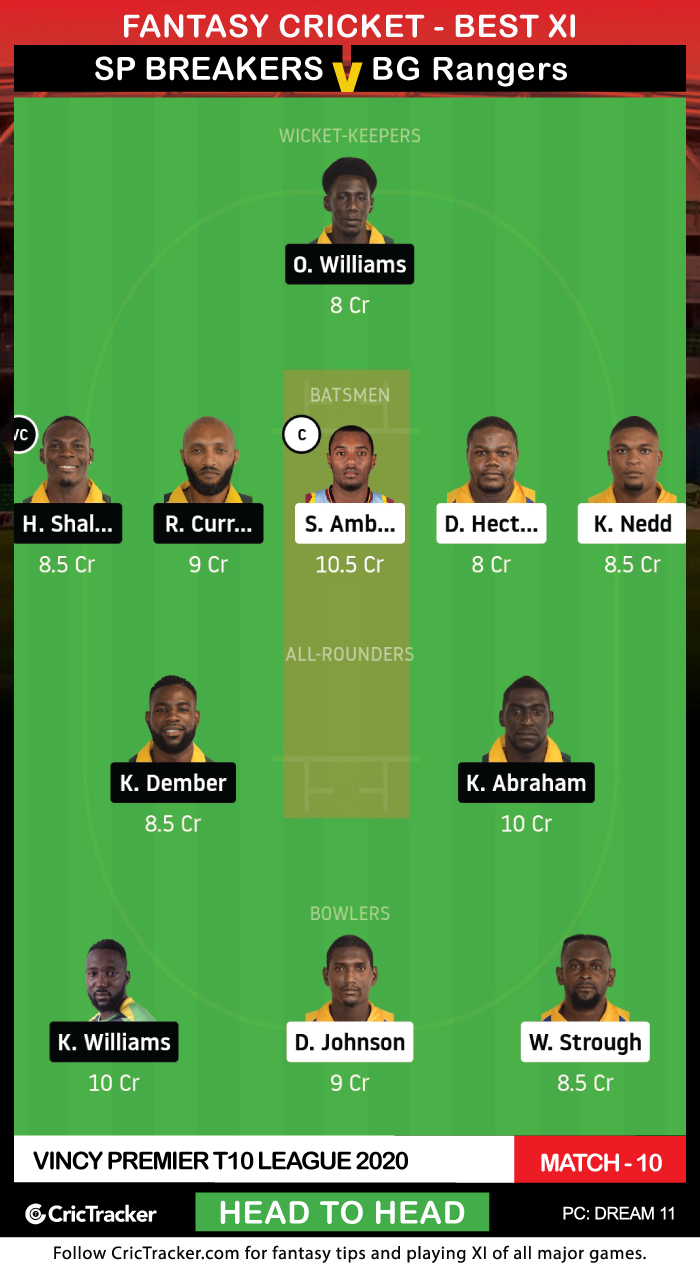 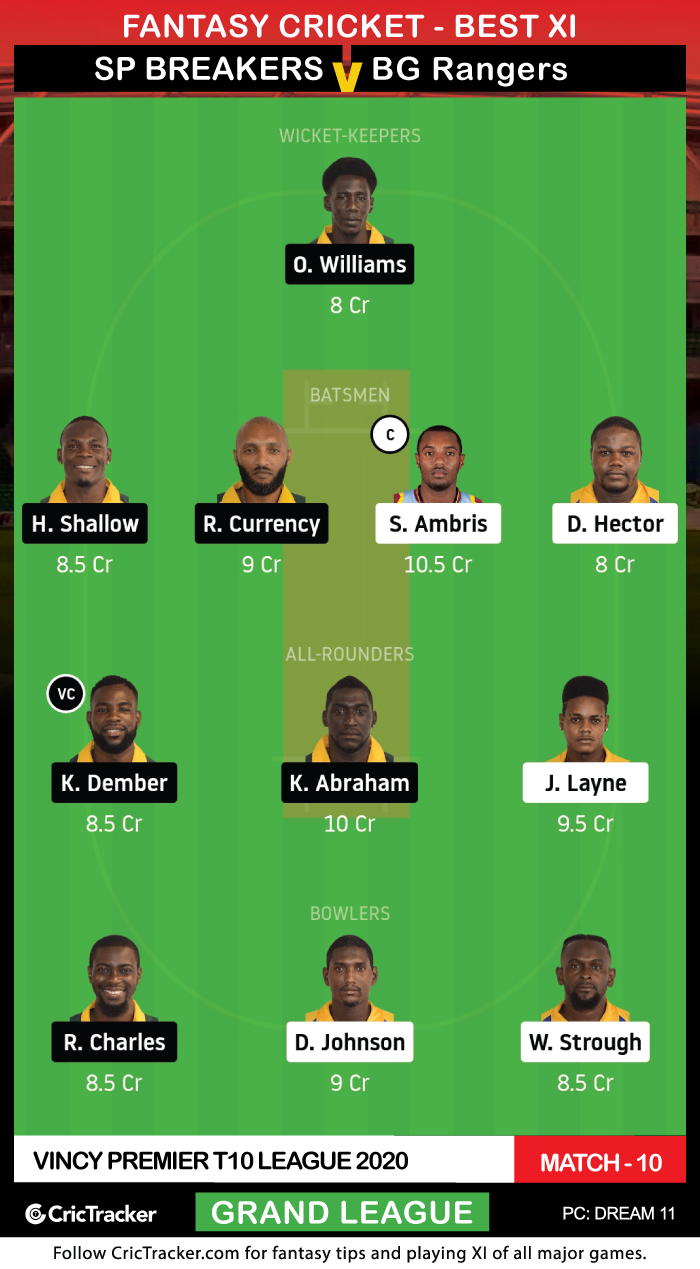 It will be tough to not make Sunil Ambris as captain or at least as vice-captain considering his form with bat and ball. Ambris picked up two wickets each in the first two matches and scored an unbeaten fifty in the third game on Sunday. Opening the batting and bowling both overs itself makes him a crucial option as a multiplier.

The Salt Pond Breakers are expected to extend their winning streak to four matches.