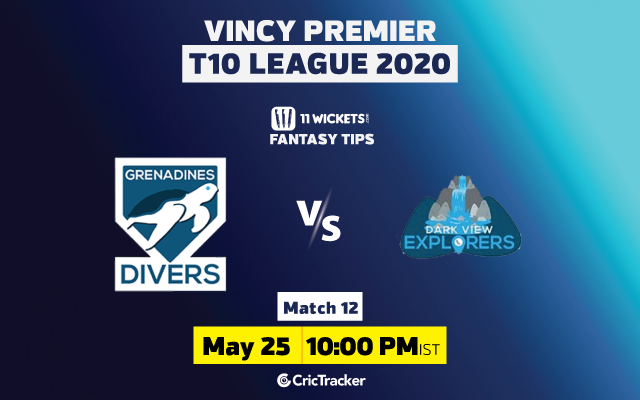 The 12th match of Vincy Premier T10 League 2020 will be played between Grenadines Divers and Dark View Explorers at the Arnos Valley Sporting Complex in Kingstown.

Grenadines Divers and Dark View Explorers, the struggling teams, will be up against will clash off on Monday having won just one game thus far. The Dark View Explorers started the tournament with a comfortable 8-wicket victory. While chasing 100+ targets in the following matches, the Explorers fell short narrowly. On the other hand, the Grenadines opened their account on Sunday after losing their first two games. They ended up with sub-70 totals in those matches but pilled 114 against Fort Charlotte Strikers.

Temperatures are expected to be slightly high in the afternoon and no chances of rain.

The afternoon matches in the tournament have been the highest-scoring games on two of the three days. The pitches seem to be suiting the batters if we go by the scores in the last two days. Hence, we can expect a high-scoring game between Divers and Explorers.

Asif Hooper had a tough start to the tournament with the bat scoring only six runs in first two games but smashed an unbeaten 59 on Sunday. He, however, claimed three wickets at an economy of six in the three games. Lindon James didn’t score much in the previous match but has the ability to strike big, affect a couple of dismissals and also role arms with the ball if needed. Sealron Williaams is an interesting prospect with the ball as he picked up two wickets each in alternative matches going at an economy below nine. 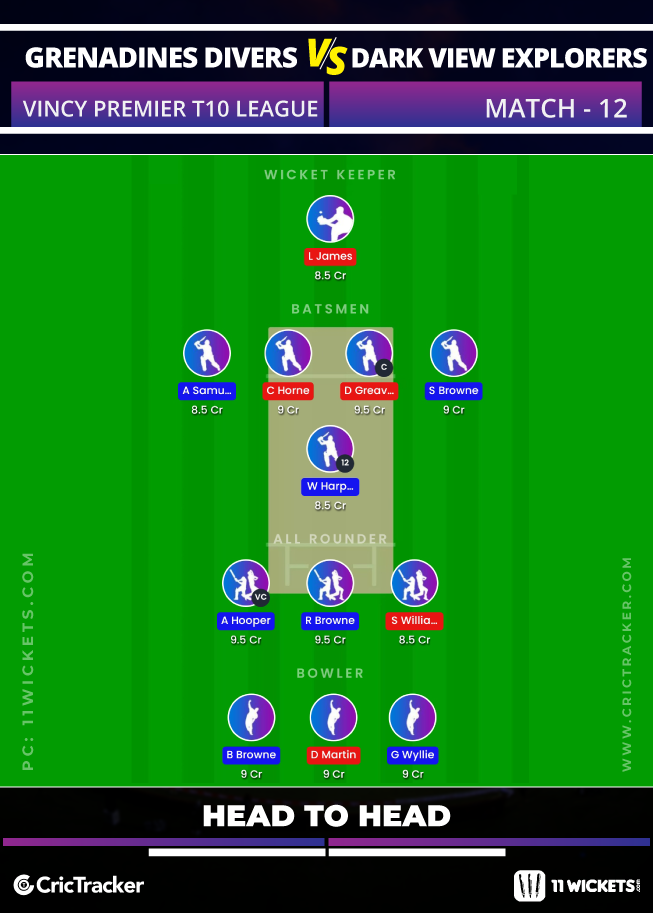 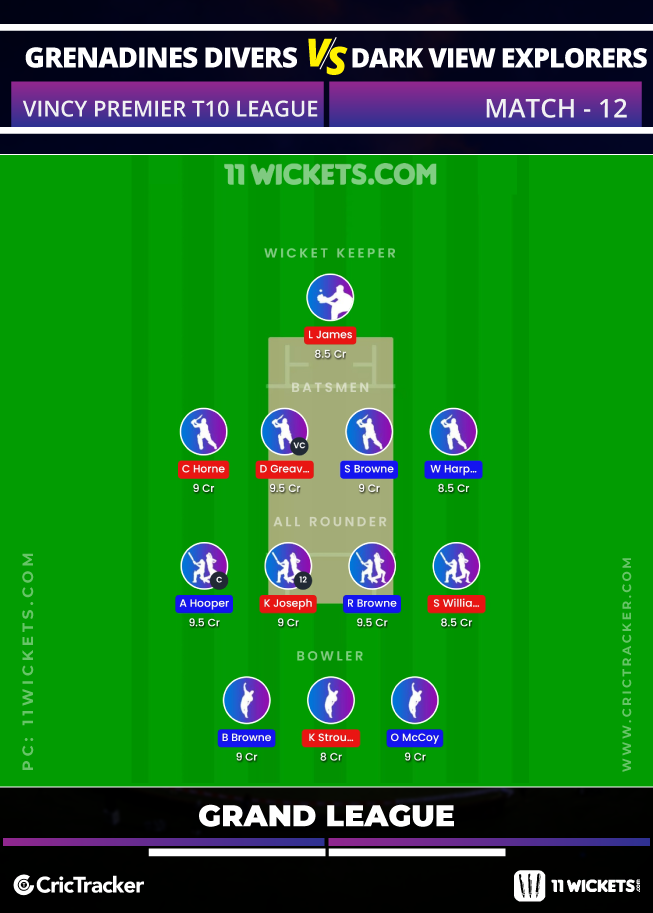 Both the Dark View Explorers and Grenadines Divers are susceptible to making changes as the results have not favoured them as they won only one of the three matches. Hence, we have picked a selected crop of players in our fantasy teams for those two squads. It will anyways be easy to change the team if any of them is not playing as there is an hour time from the toss and scheduled start.

The Dark View Explorers have batted well in all three matches and hence, they will be the favourites on Monday.