Greaves is the most popular captaincy pick in Fantasy for this match.

The 17th match of Vincy Premier T10 League 2020 will be played between Botanic Gardens Rangers and Dark View Explorers at the Arnos Valley Sporting Complex in Kingstown.

The Vincy Premier League rolls on as the 17th match will see Botanic Gardens Rangers taking on Dark View Explorers. The Rangers defeated the Fort Charlotte Strikers in a close game on Tuesday. They defended 101 runs restricting the opposition to 95 runs. They are currently at the third position with three wins from five games.

The weather is expected to get cleared compared to the first match. There are few chances of rain coming down while the temperature will hover around 30 Degrees Celsius.

The pitch at the Arnos Valley Sporting Complex in Kingstown has been extremely sporting. It is not entirely flat and has something in it for the bowlers as well. Score around 90 runs should be enough for the team batting first to win the match.

Hyron Shallow has been the top batsman for the Rangers. He has scored 138 runs in five matches thus far including an unbeaten 44 in the previous game. Oziko Williams also fared decently after opening the innings in the previous game with a 22-ball 30. Kesrick Williams and Romario Bibby were the wicket-takers in the last game while Henneth Dember is also an exciting option.

Deron Greaves has to be the top player for the Explorers. He has amassed 113 runs in five outings and has also picked seven wickets. Sealron Williams has also been amongst the consistent wicket-takers with seven scalps to his name. Shammon Hooper scored 32 in the previous game opening the innings and can be a good option as well. Lindon James has also been a brilliant batsman scoring 98 runs thus far. 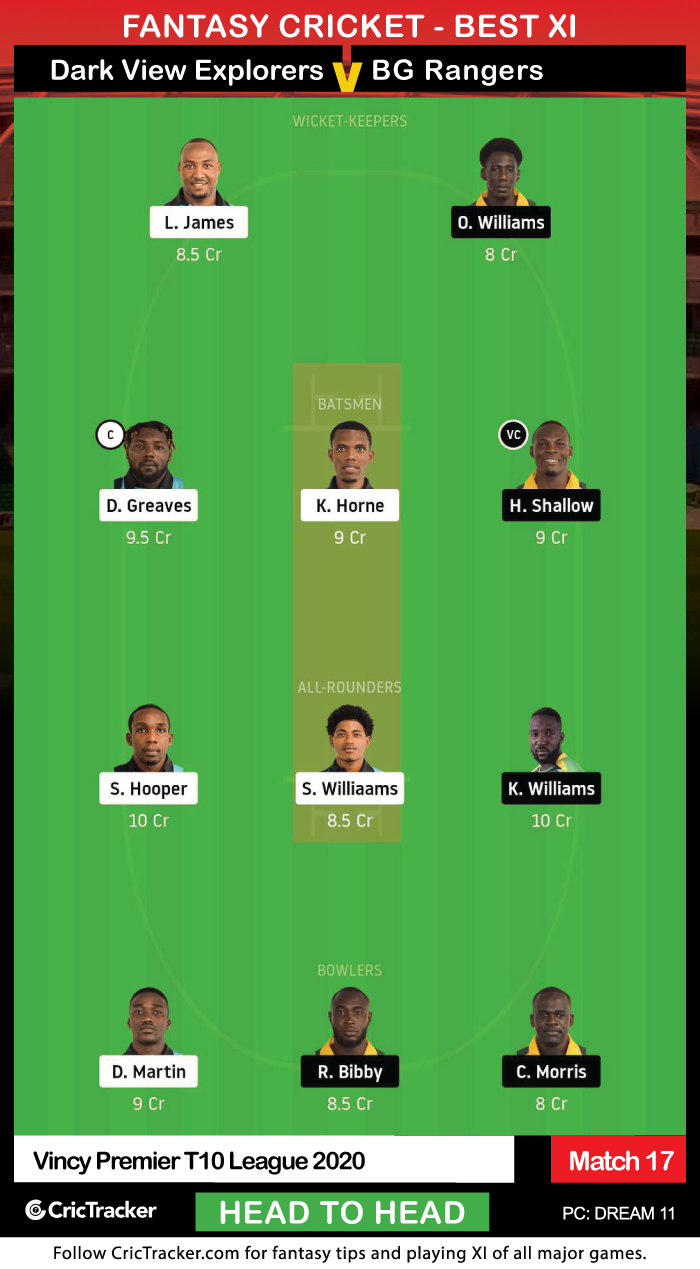 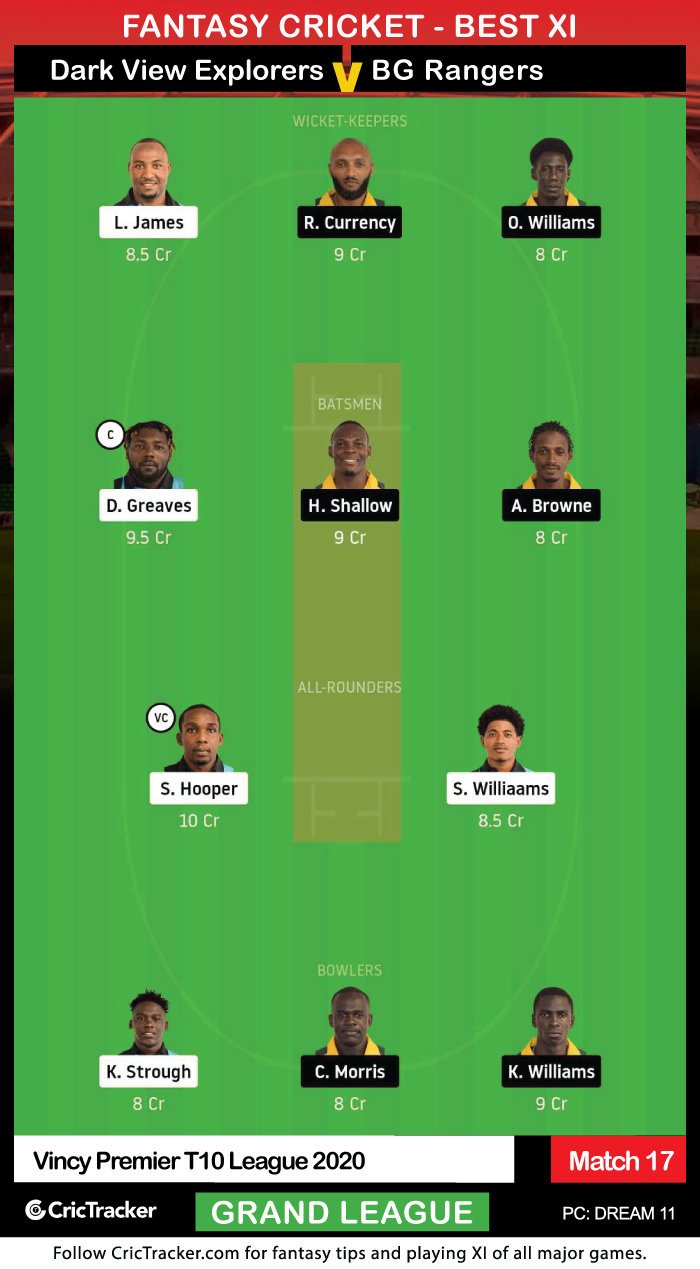 Oziko Williams impressed many with his batting opening the innings in the previous game. He could be made VC in Grand Leagues as a surprise option.

Wait for the playing XIs to be announced before finalising the Dream11 Fantasy teams.

Dark View Explorers are expected to win the match.