Salvan Browne and Dillon Douglas will be the main batsmen to watch out in the dugout of La Soufriere Hikers. 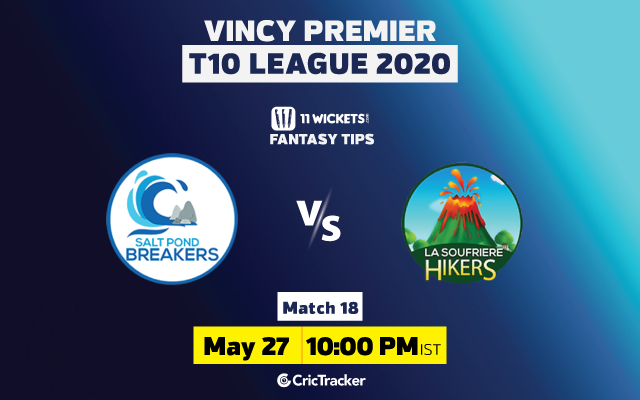 The 18th match of Vincy Premier T10 League 2020 will be played between Salt Pond Breakers and La Soufriere Hikers at the Arnos Valley Sporting Complex in Kingstown.

Salt Pond Breakers will lock horns with La Soufriere Hikers in the 18th game of the tournament. The fans will get to watch an enthralling encounter between the two good and balanced sides. The former will look to register their sixth win in the tournament on the back off their impressive players. With the likes of Sunil Ambris, Kadir Nedd, Donwell Hector, their batting line-up looks pretty strong. On the other hand, the Hikers also look up to the mark. However, they will have to come up with some extra effort in order to break the winning streak of Salt Pond Breakers.

It is expected to be a cloudy day with no chances of any rain during the match time. The wind will be blowing at a rate of 22 to 26 km/hr. Meanwhile, the temperature will hover between 26 and 30 Degree Celsius throughout the day according to Accuweather.

The pitch is expected to go in favour of batsmen, who have smacked the bowlers all across the park from the beginning. However, the bowlers have their say in the latter part of the match due to which the sides have failed to chase the target on this ground. And, the side winning the toss will look to bat first to be on the safer side.

Salvan Browne and Dillon Douglas will be the main batsmen to watch out in the dugout of La Soufriere Hikers. They have clicked good knocks with the bat and are expected to come out with another fine inning for their side. Jeremy Haywood, the young bowler will also look to set the stage on fire with his brilliant bowling skils.

From Salt Pond Breakers, Sunil Ambris, Urnel Thomas will have the responsibility to score good runs with the bat. They are well capable of scoring good and long knocks for their side. Delorn Johnson will also play a crucial role with the ball in the fantasy teams. 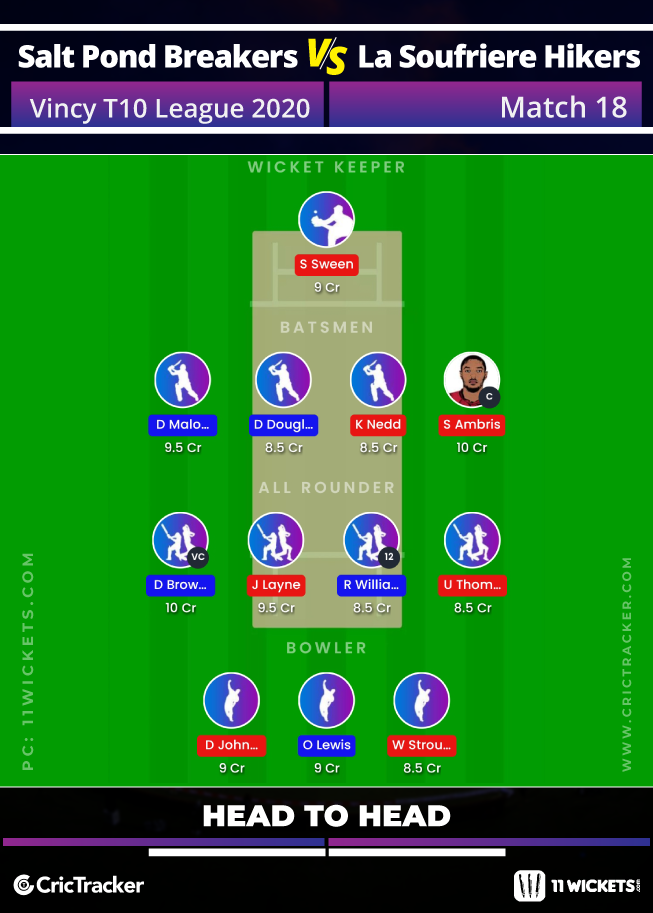 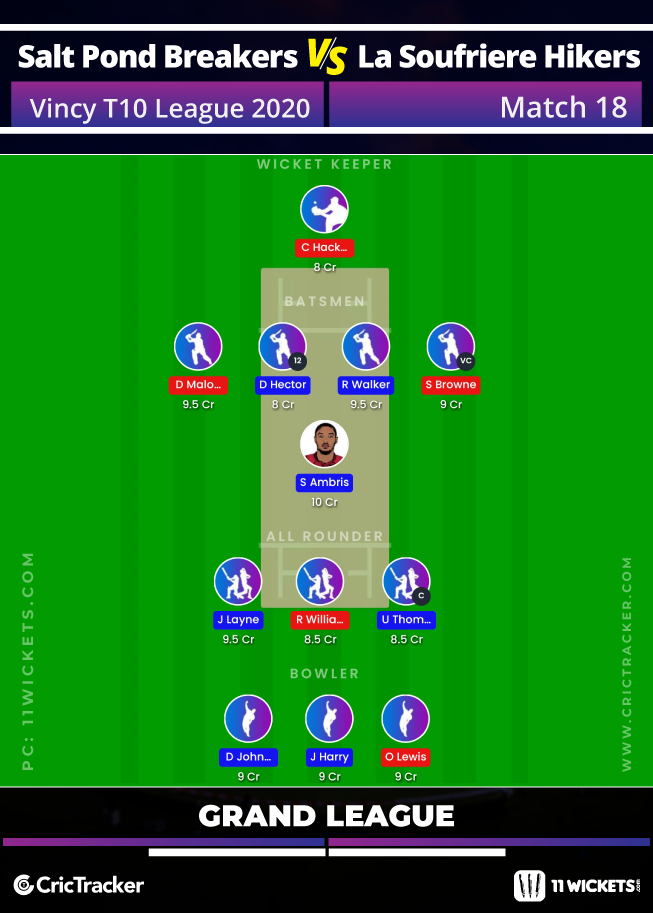 Donwell Hector is a fine bowler but he is yet to unleash his best performance in the tournament with the ball. And, the chances are quite high that he will manage a breakthrough performance in the game against La Soufriere Hikers.

Salt Pond Breakers are expected to win the match