Sunil Ambris scored 237 runs and picked up 7 wickets in the tournament thus far.

The 24th match of Vincy Premier T10 League 2020 will be played between Salt Pond Breakers and Dark View Explorers at the Arnos Valley Sporting Complex in Kingstown.

The semi-final fixtures of the Vincy Premier T10 League 2020 can be decided only after the final league match between the Salt Pond Breakers and Dark View Explorers. Though the Breakers have won six out of seven matches, they are no assured of finishing on the top as La Soufriere Hikers also won six games. The Dark View Explorers are currently positioned at No.5 and would need a win at any cost for a top-4 finish. The Explorers will need a huge win if the Grenadines Divers win their game against the Botanical Gardens Rangers.

The weather forecast suggests no threat from rain for the afternoon match.

The Arnos Valley Sporting Complex has recorded some of the highest-scoring matches in the afternoon. As a result, the games starting at the 12:30 PM local time have had an average first innings total of 94. The chasing teams have fared well winning three including one successful chase of 100+ target. In three matches, the first batting team won by six or fewer runs.

Sunil Ambris has set a very high standard to himself as the game on Thursday was the first time he earned less than 60 points in a match in the Dream11. He scored 16 from only 6 balls before getting run out and conceded 17 runs in his two overs without picking a wicket which is his most expensive bowling of the tournament. Deron Greaves hasn’t done anything impressive in the recent matches but has scored 126 runs in total and bagged as many as seven wickets at an average under 15. Urnel Thomas batted in six matches in this competition where he scored over 20 runs in as many as four innings. 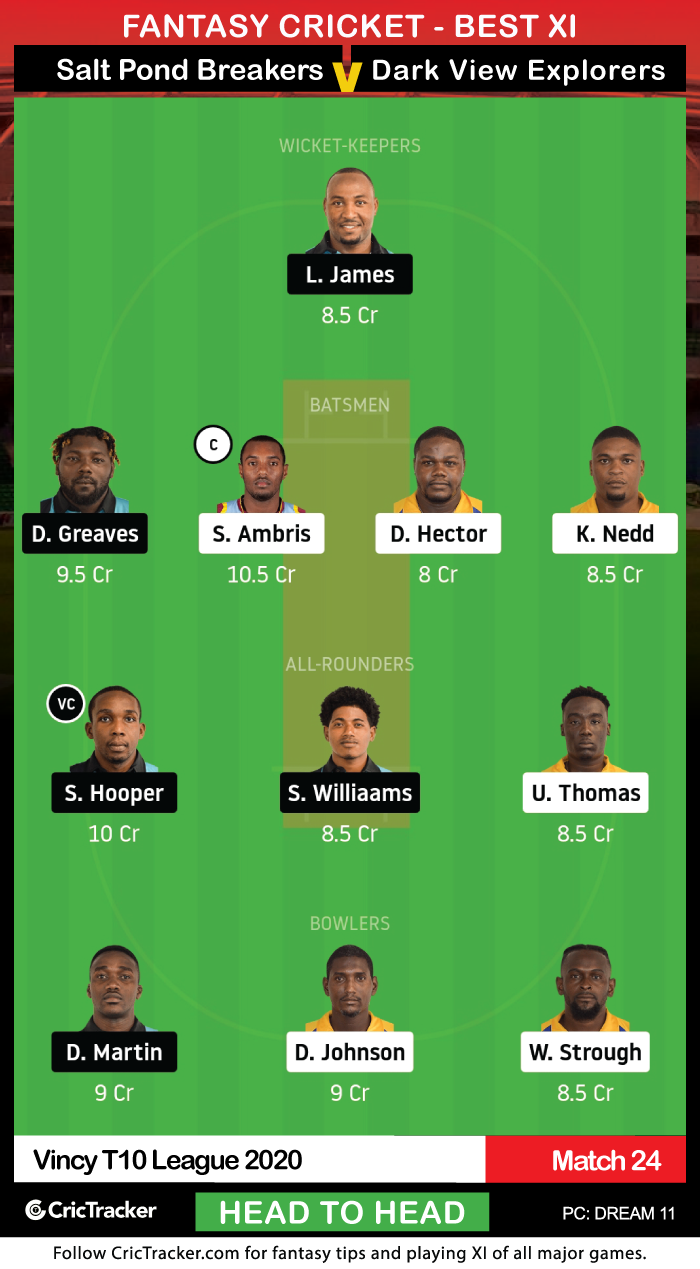 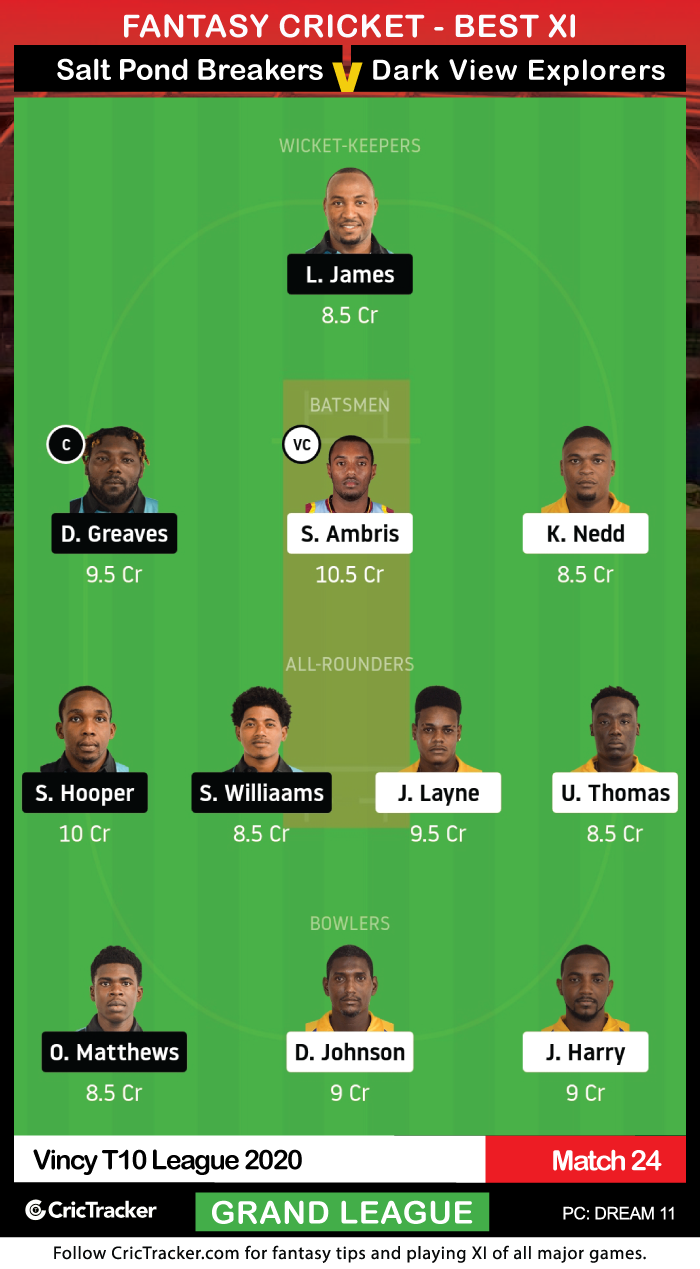 Deron Greaves managed to score only 24 runs and picked just a wicket across the last three matches. Despite that, we have picked him as captain in our suggested playing XI No.2 due to the fact that Friday’s match is a do-or-die one for them. And he could come up with a solid performance to aid his team to a victory.

Salt Pond Breakers are expected to finish the league stage with yet another win.