Punjab-U19 are expected to win this match.

Punjab-U19 are going to clash with Kerala-U19 in their third match of the tournament. This match is scheduled to play at the Rajiv Gandhi International Stadium in Hyderabad on October 3rd. Punjab-U19 lost their first match against Bengal-U19 as they failed to defend the total of 158 runs posted by them. However, they made a strong comeback in the second match against Uttarakhand-U19. This time, they successfully defended their total and bowled out the opposition for 166 runs.

Kerala-U19, on the other side won the opening battle against Bengal-U19. Talking about the match, Kerala-U19 asked the opposition to bat first. They bowled exceptionally well and bowled out Bengal-U19 for 119 runs. In the second half, Bengal-U19 have given their best and almost went close to the victory line as Kerala-U19 walked off by 1-wicket triumph. Hence, they would look to rectify the errors that they committed in the previous match.

The track at this venue will be favourable to the bowlers. Batters have to spend some time on the crease to put up a decent total on the board.

Uday Pratap Saharan has been fabulous with both the bat and the ball for Punjab-U19. He scored 53 runs and has picked up 3 wickets as well.

Mayank Lokesh Gupta is the other player to watch out for from the Punjab-U19 team. He has scored 61 runs from his last two outings.

Vijay S Viswanath has bowled exceptionally well against Bengal-U19 in the opening game. He went through the batting lineup and scalped 5 wickets to his name.

Following him, Vinay V Varghese has assisted Viswanath in the first half of the game. He picked up 3 wickets by giving away just 23 runs. 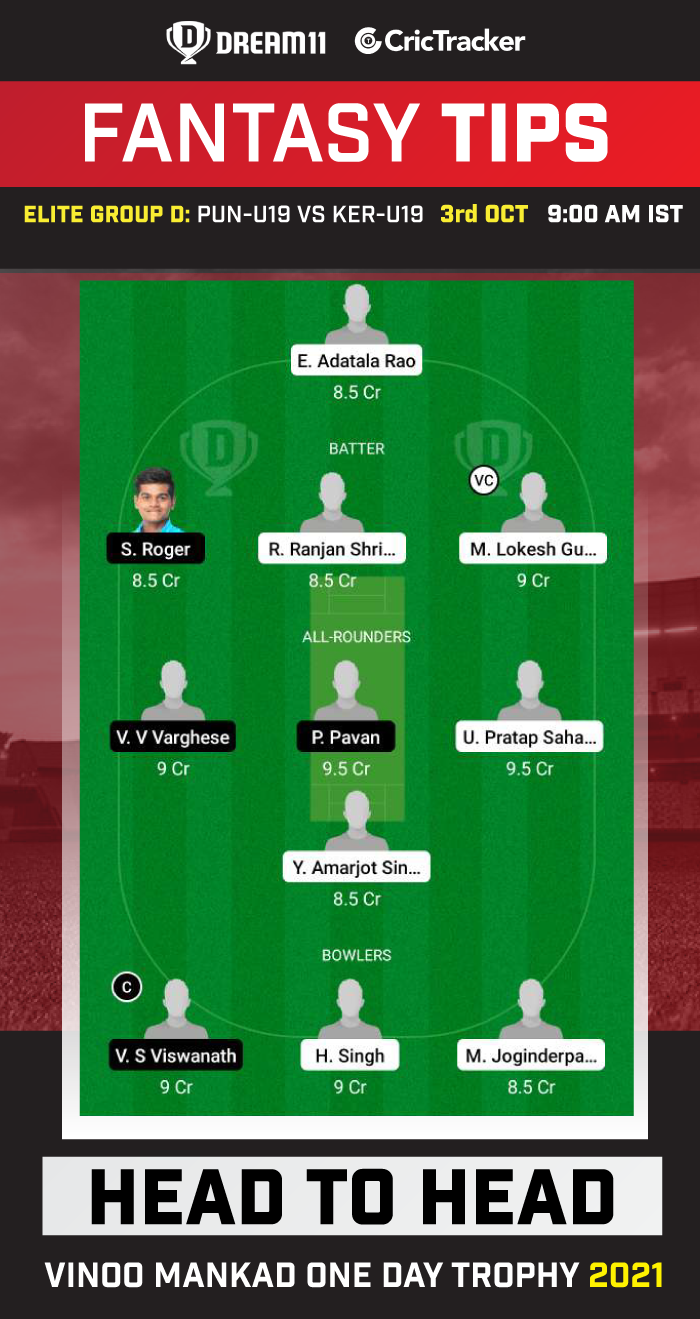 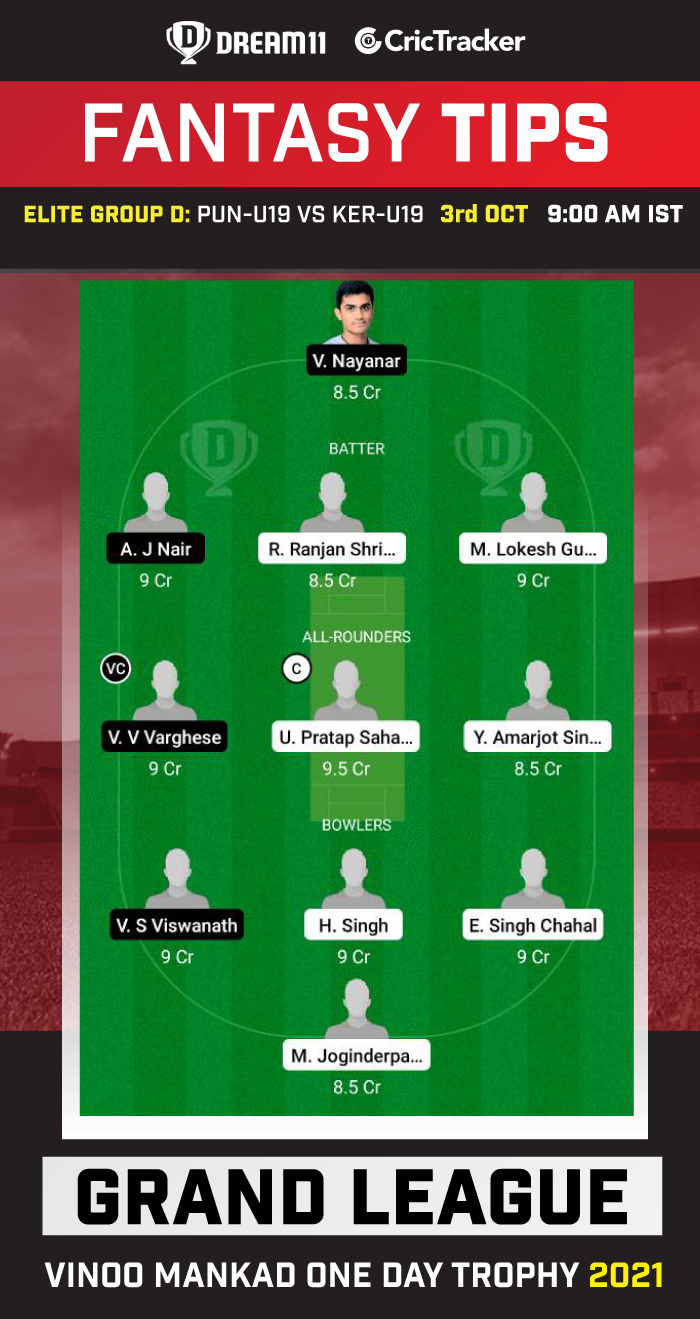 Punjab-U19 are expected to win this match.