Tilak Varma has scored the most runs in this tournament.

Hyderabad-U19 will lock horns with Uttar Pradesh U19 in the third quarter-final of the Vinoo Mankad Trophy 2021. Hyderabad-U19 have had a dream run in this year’s competition. They finished as the Elite Group C winners with 16 points. They had won 4 of their 5 matches played and rightly deserved their spot in the knockouts. Tilak Varma has been sensational for Hyderabad-U19, scoring more than 300 runs.

Uttar Pradesh U19 too have had a great tournament so far as they performed extremely well in the Group stages. With 4 wins and a solitary loss, they finished second in the Elite Group A standings with 16 points. Aaradhya Yadav and Vasu Vats are the players to watch out for in this match.

Iy looks like an evenly poised wicket. Over 400 runs werescored in the last game between Karnataka U19 and Tamil Nadu U19. There will be assistance for the seamers in the initial overs, and later on, the wicket is expected to favor the batters.

A lot of work needs to be done to revitalise Pakistan-India cricket: Ramiz Raja

Skipper Tilak Varma is the leading run-scorer in this tournament. In only 5 matches, he has notched up 366 runs at an average of 122, which includes one century and 3 half-centuries.

Abhishek Murugan has picked up 13 wickets in 5 matches in this competition at an excellent economy of 3.69, with the best figures of 8 for 40.

Aaradhya Yadav has led by an example in this tournament. He has scored the most runs for his side, with 272 runs in 6 matches at an average of 45.33, with the highest score of 131.

Swastik Surender S is a useful middle-order batter for UP U-19. In 6 matches in this competition, he has scored 238 runs at an average of 47.6, which includes 2 half-centuries. 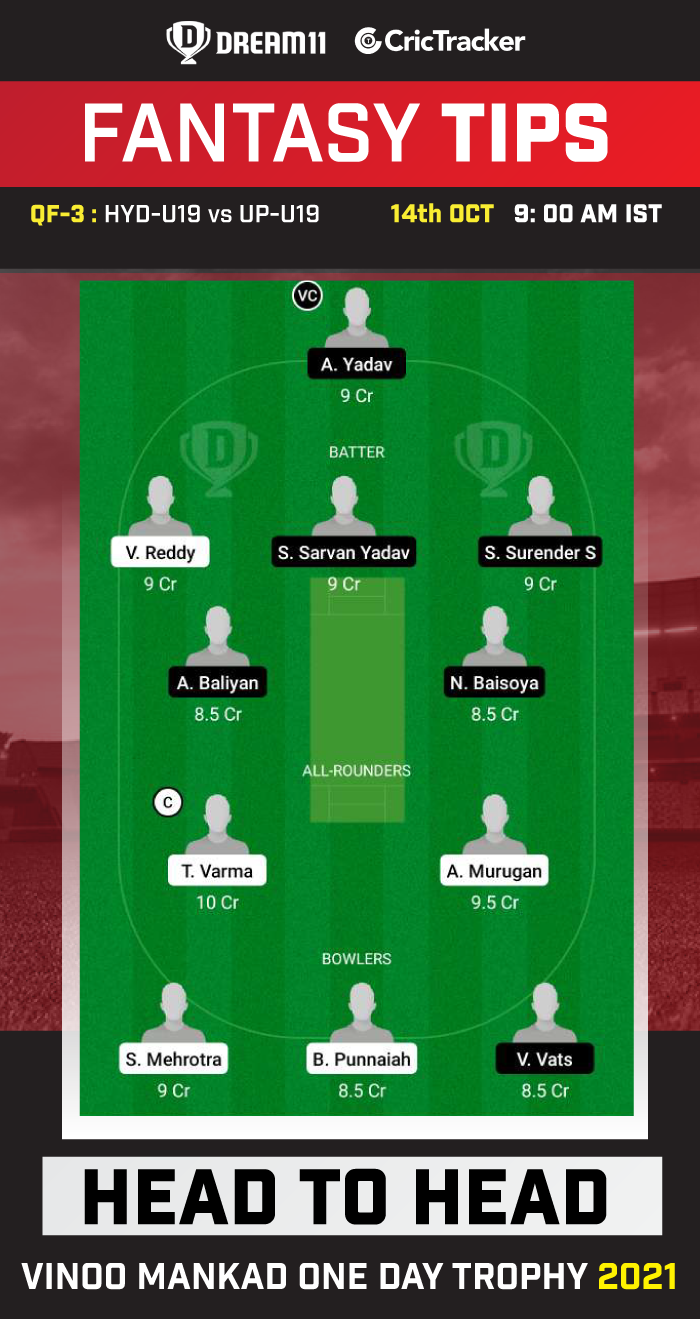 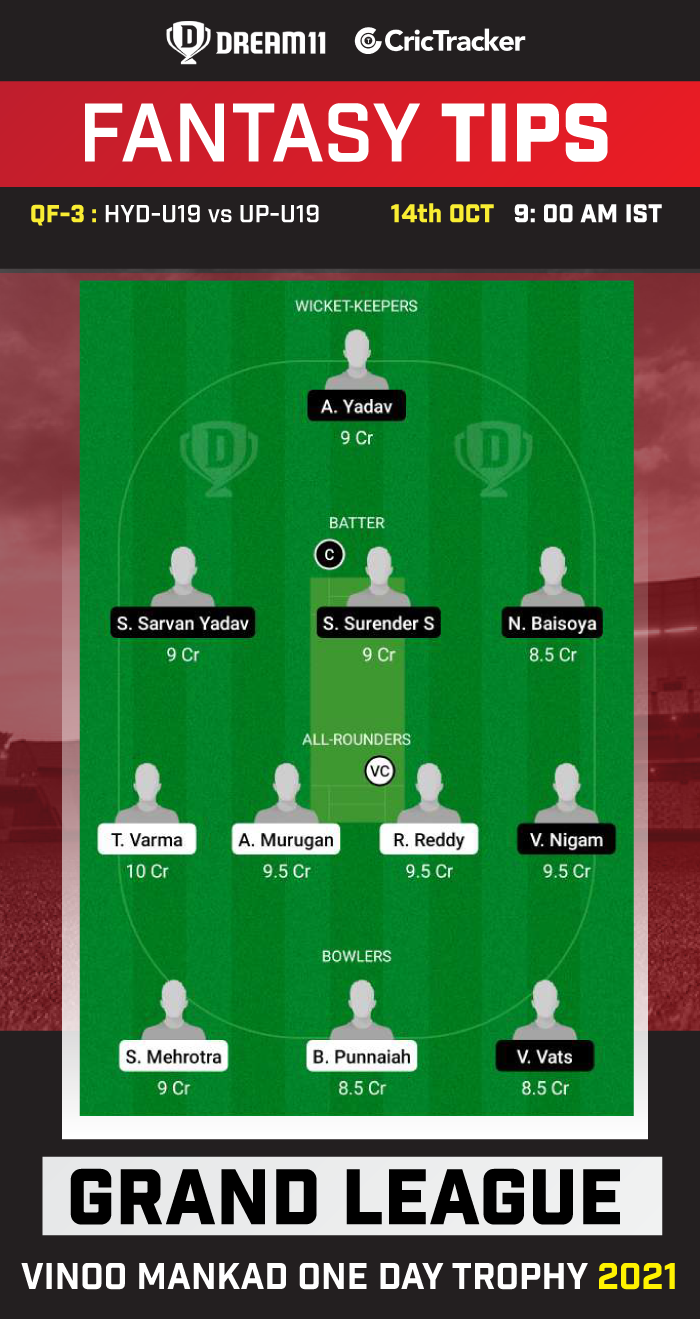 Uttar Pradesh -U19 are expected to win this match.