The key highlights of the findings are marked by Indian captain Virat Kohli becoming the most read Cricket player, whereas rising Indian cricket star Rishabh Pant emerged as the winner on most time spent by readers. Taboola’s ‘Reader Engagement Findings’ are based on their analysis of the open web, which included +450 Million Readers, +190K Articles, +4 Billion Page Views and +3.3 Billion Minutes of reading.

When it comes to the number of readers, more than 100 million readers chose to read about Indian Captain Virat Kohli, closely followed by rising star Rishabh Pant with 12 million, whereas Chris Gayle with 5.5 Million, Rashid Khan with 5.4 Million and New Zealand batsman Kane Williamson with 4.8 Million made it to the top five. 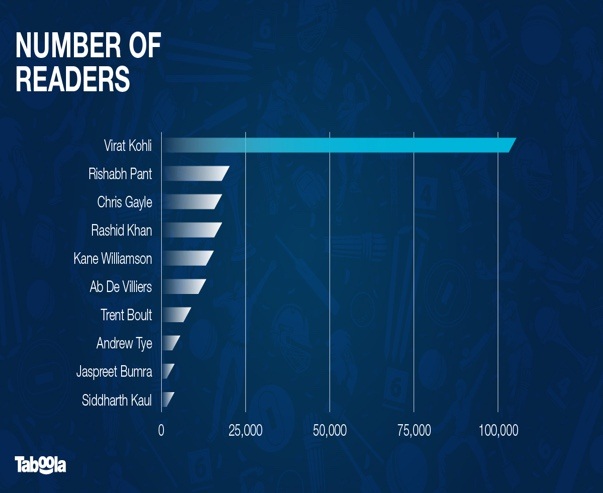 The findings came up with the amount of time cricket fans spent reading about their favourite cricket players as well. Here, it was a surprise, with Virat Kohli coming in at the 8th spot with an average of 39 seconds per article. Taking the lead, Rishabh Pant made it to the top with almost 54 seconds per article. Other Cricket players included Chris Gayle taking the 2nd spot with around 52 seconds followed by Trent Boult with 51 seconds. 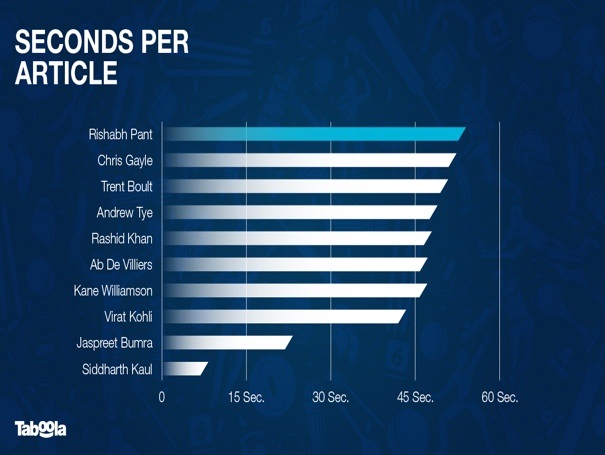 Additionally, Rishabh Pant enjoyed a high frequency of readers’ engagement indicating a steady rise in the young cricketer’s attention gain during the time period. The data further indicated that while readers consumed information about Rishabh Pant consistently in the last year, the month of Feb 2019 saw a sudden rise with nearly 600,000 hits. 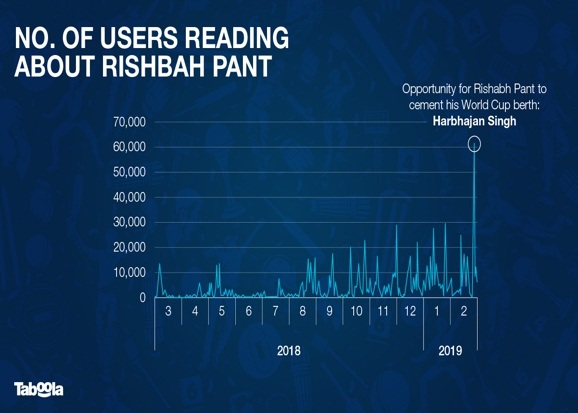 Get the latest Cricket News and updates from Indian cricket, Match Predictions, Fantasy Cricket Tips and lots more on CricTracker.com.