Lesiba Ngoepe can be a big differentiator. He has a solid record against the Lions.

The 8th match of the Momentum One Day Cup 2021 will be played between Warriors and Lions at the Senwes Park, Potchefstroom.

The Momentum One Day Cup has been shortened amidst the rising coronavirus infections. The number of matches has been reduced to 15 from originally 24 matches. Warriors will take on Highveld Lions in this Group B match.

The Lions had a solid game against Cobra with an all-round performance from their batting and bowling unit. Warriors, on the other hand, will be playing their first match and will be hoping for a positive start to their season.

The day will be mostly cloudy throughout but the chances of rain during the match is low. The temperature will be around 27 degrees Celsius.

It is a balanced pitch at the Senwes Park in Potchefstroom. Batsmen need to grind it out before they can score freely. A score of 250 and above hasn’t been chased in three games played here this season.

Mathew Breetzke has performed well against the Lions. In 6 matches against them, he has scored 280 runs at an average of 56.

Reeza Hendricks is touted as the future captain of South Africa in at least one of the formats. Although he failed to score in the first game, the talented batsman is hard to overlook in this game.

Dominic Hendricks is a player to look out for in the future. He is in good form and scored 54 runs against the Cobra.

Ryan Rickelton scored a brilliant century (109*) against the Cobra in the first game. The opener carried his bat through the innings taking his side home. 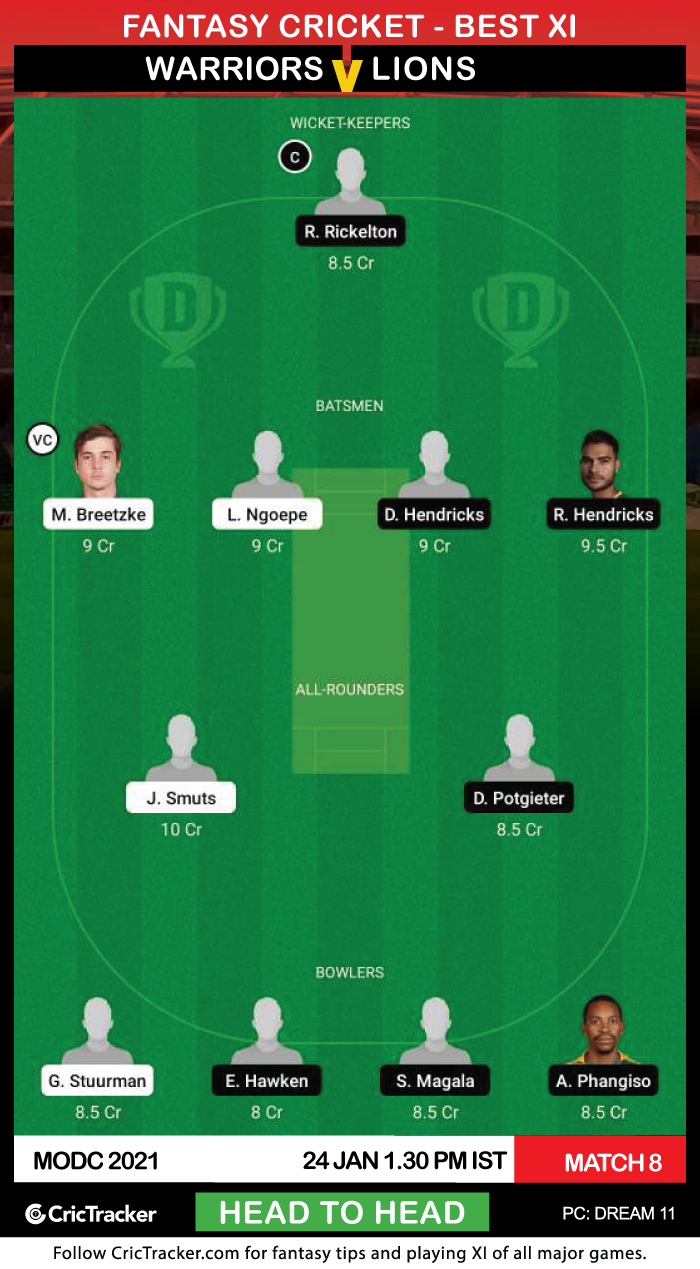 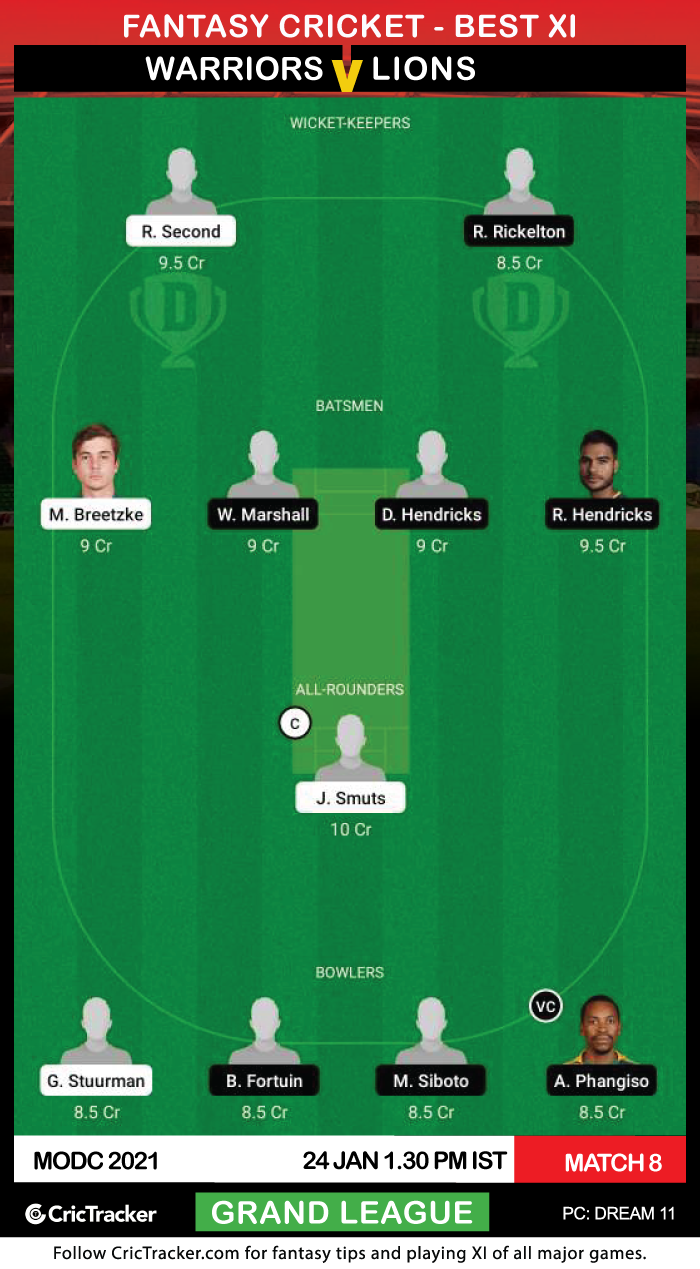 Lesiba Ngoepe can be a big differentiator. He has a solid record against the Lions. He has been picked by less than 5% of the users on Dream11.