Alex Hales is a good captaincy pick for this match.

Warwickshire will battle it out Nottinghamshire outfit in a North Group clash of the Vitality T20 Blast tournament. This encounter will take place at Edgbaston in Birmingham.

This match will be played on 2nd July (Friday) and will commence at 11:00 PM IST.

Nottinghamshire haven’t done much wrong this season as they are sitting pretty at the top, having won six of their ten games. Notably, three of their fixtures got washed out due to rain. Hence, they have lost only one game so far and they would be raring to continue their sensational run. Alex Hales and Samit Patel have been Nottinghamshire’s standout performers in the tournament.

On the other hand, Warwickshire’s campaign hasn’t been that smooth. They have blown hot and cold this season and would like to put up a substantial show in this contest. They are currently occupying the third place in the North Group team standings with five wins in 10 outings. Notably, Warwickshire walked away with a 18-run win when these two teams met earlier in the competition.

Predicted Playing XIs for WAR vs NOT

Captaincy Picks for WAR vs NOT

One of the most dangerous openers going around, Alex Hales has been on a roll this season. He has been constantly troubling the opposition bowlers with his blitzes in the powerplay overs and big knocks isn’t beyond his reach either. The dasher has so far amassed 348 runs in 10 games at a staggering strike rate of 173.13.

The West Indies all-rounder has been at his prime this season and Nottinghamshire must beware of him. Brathwaite doesn’t tend to leak a lot of runs and his happy knack of taking wickets has troubled many batsmen. In fact, the right-arm pacer is currently the second leading wicket-taker of the season, having scalped 18 wickets in nine games. He has also played some handy cameos in the end overs. 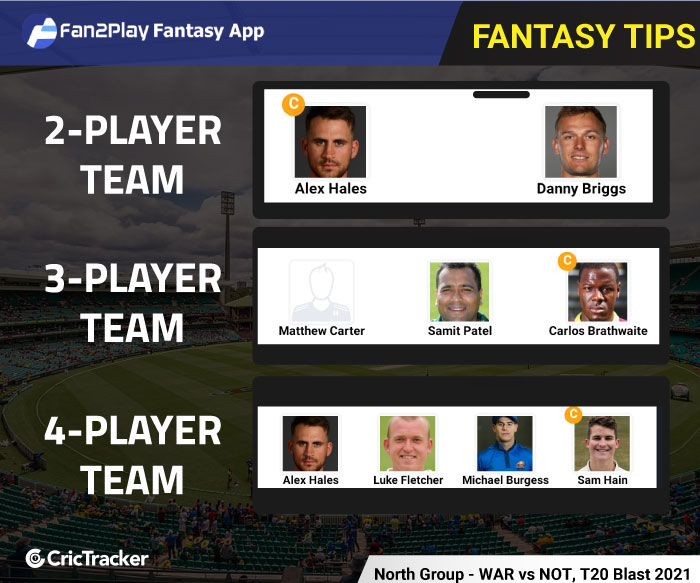 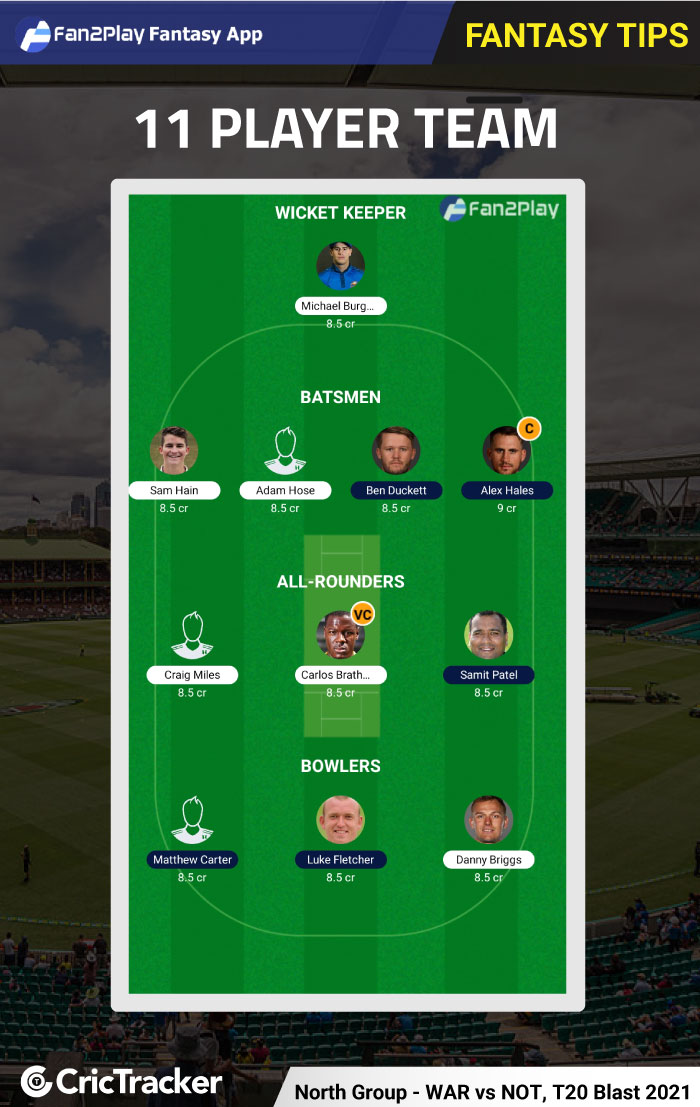