Carlos Brathwaite will be back in action for the Warwickshire.

Warwickshire will meet Worcestershire in the upcoming North Group match in the Vitality T20 Blast tournament. This match will take place at the Edgbaston in Birmingham on Friday (July 16).

This contest will see a clash between the two North Group teams, Warwickshire (Birmingham Bears) and Worcestershire. This is a home match for the Warwickshire side and in the context of the tournament and further qualification, it will be quite an important match for them.

So far, Warwickshire have played 12 matches, winning five and losing six of them. Only one of their matches has ended in no result and the team are currently placed at the sixth position on the points table. On the other hand, Worcestershire have played 12 matches, winning six and losing four. One of their matches was tied while one ended without a result. They are currently placed at the third position on the points table.

Captaincy Picks for WAR vs WOR:

Brett D’Oliveira is a fantastic all-rounder, who has stepped up to the task in the absence of star players and performed quite well with the bat and the ball. He has made 337 runs with the bat at an average of 33.70. Apart from this, he has picked up four scalps with the ball.

Will Rhodes has been playing quite brilliantly during this tournament. He has scored 212 runs so far in 10 innings at an average of 21.20 and a strike rate of 141. Apart from this, he has contributed with the ball, taking 10 scalps at an average of 11.90. 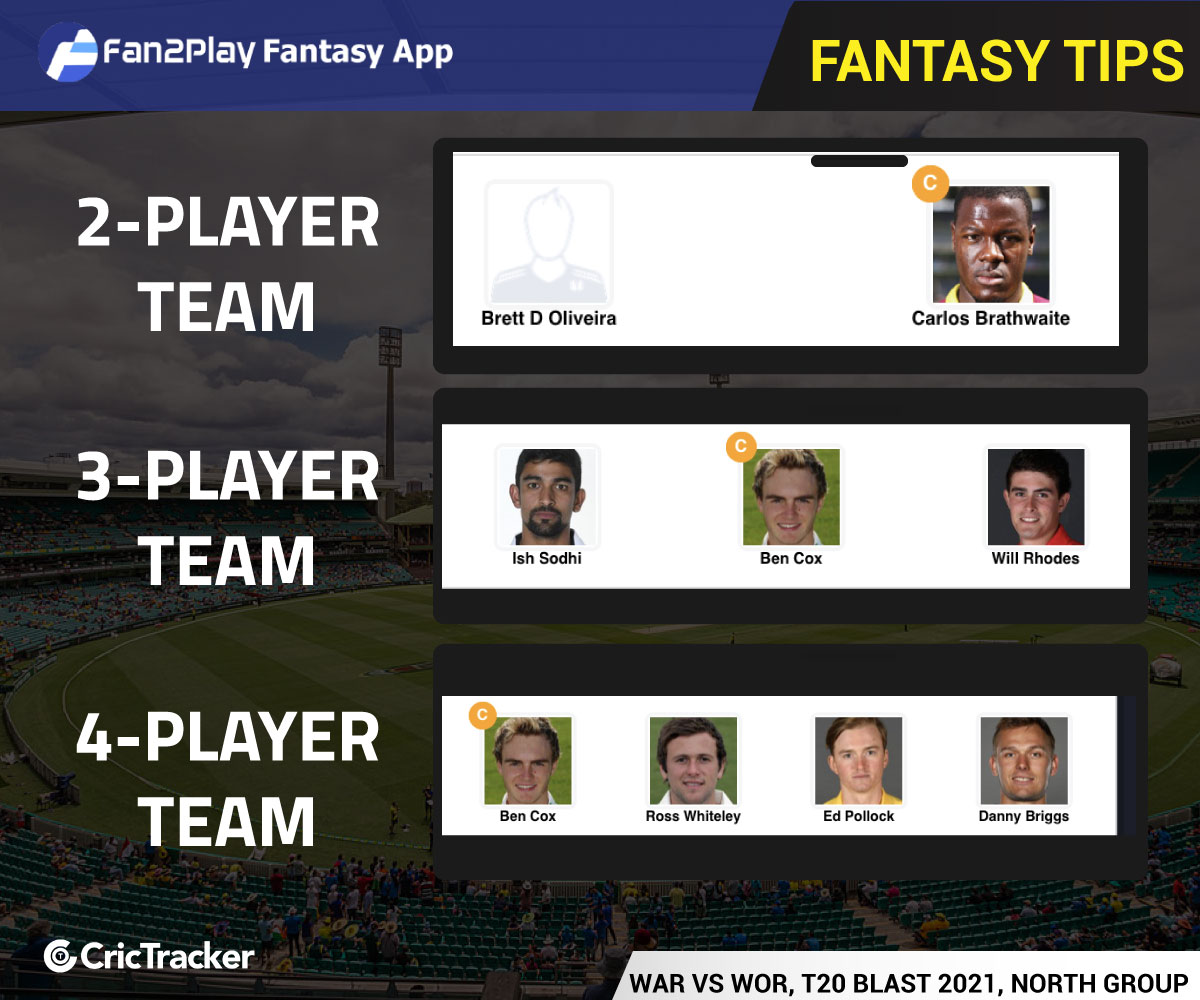 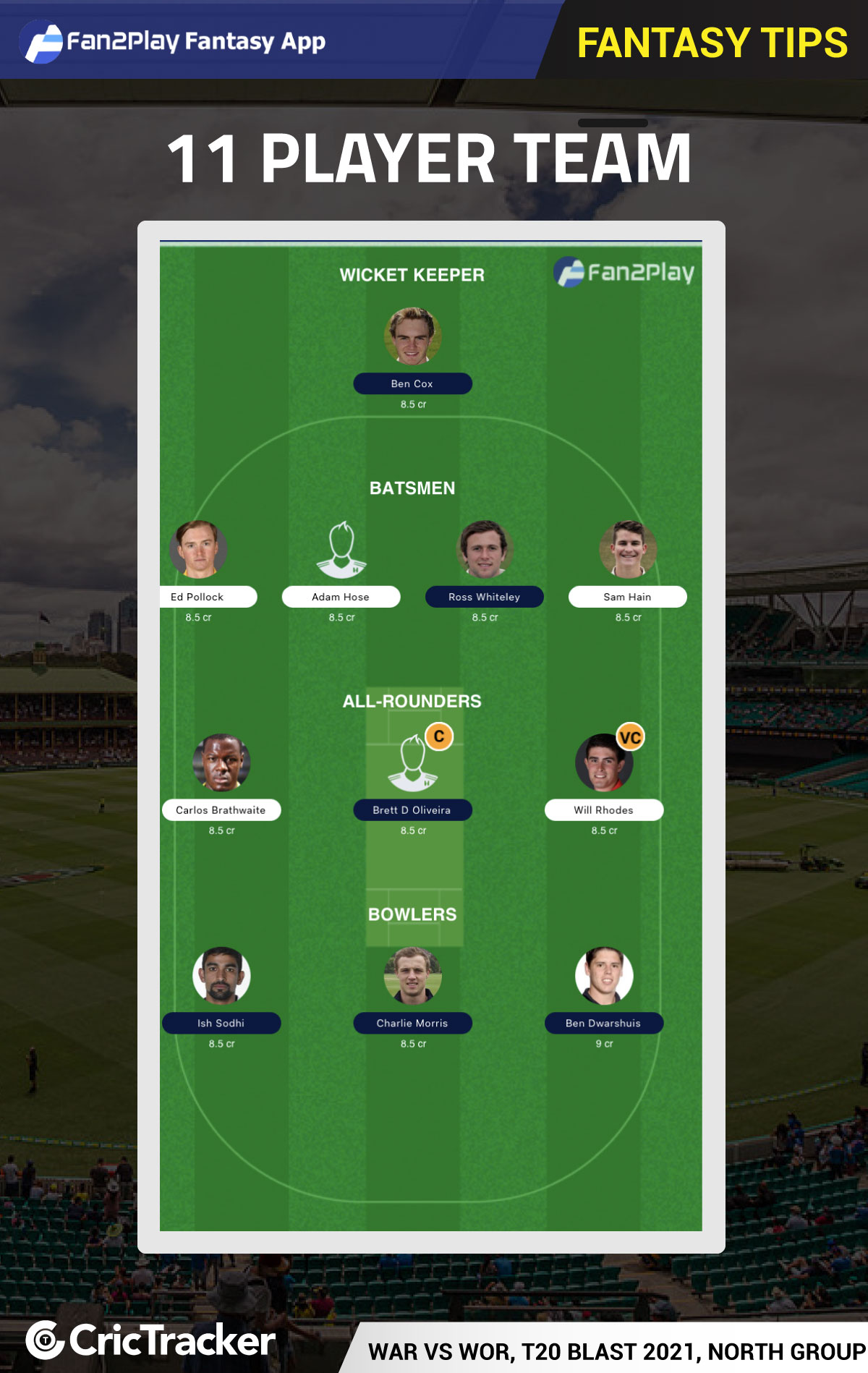