After a stunning display against the table-toppers, Champions XI are expected to get past Warriors XI in the points table by beating them.

The 18th match of the Andhra T20 2020 will be played between Warriors XI and Champions XI at the Rural Development Trust Stadium, Anantapur.

Warriors XI will lock horns with Champions XI in the second match of the day. Both teams have been inconsistent so far in the tournament. With the league stages coming to an end, they would like to show better consistency in heir remaining matches, so as to give themselves a chance to qualify for the knock-out stages.

With three wins from five games, Warriors XI are currently placed at the top half of the table. They are coming into this match on the back of a fabulous bowling performance, defending just 115 against Legends XI. Champions XI are placed at the sixth spot with just two wins from 5 games. They defeated the table toppers Titans XI in their last game and will look to put up a similar performance.

The weather will be partly cloudy in Anantapur, with a 10% chance of rain. The temperature will be around 31 degrees Celsius.

The pitch seems to have slowed down a little as three out of the last five games have been low scoring. On Friday, we can expect another low scoring encounter.

I would not be surprised if they continue with MS Dhoni as captain for IPL 2021 also: Gautam Gambhir

Ashwin Hebbar, the talented all-rounder, has mustered 133 runs at an average of 66.50. He has also picked up 7 wickets.

P Tejaswi has scalped 8 wickets from 6 matches at an impressive economy rate of 6.57 runs per over.

IPL 2020: Chris Morris and Hardik Pandya reprimanded for breaching the code of conduct 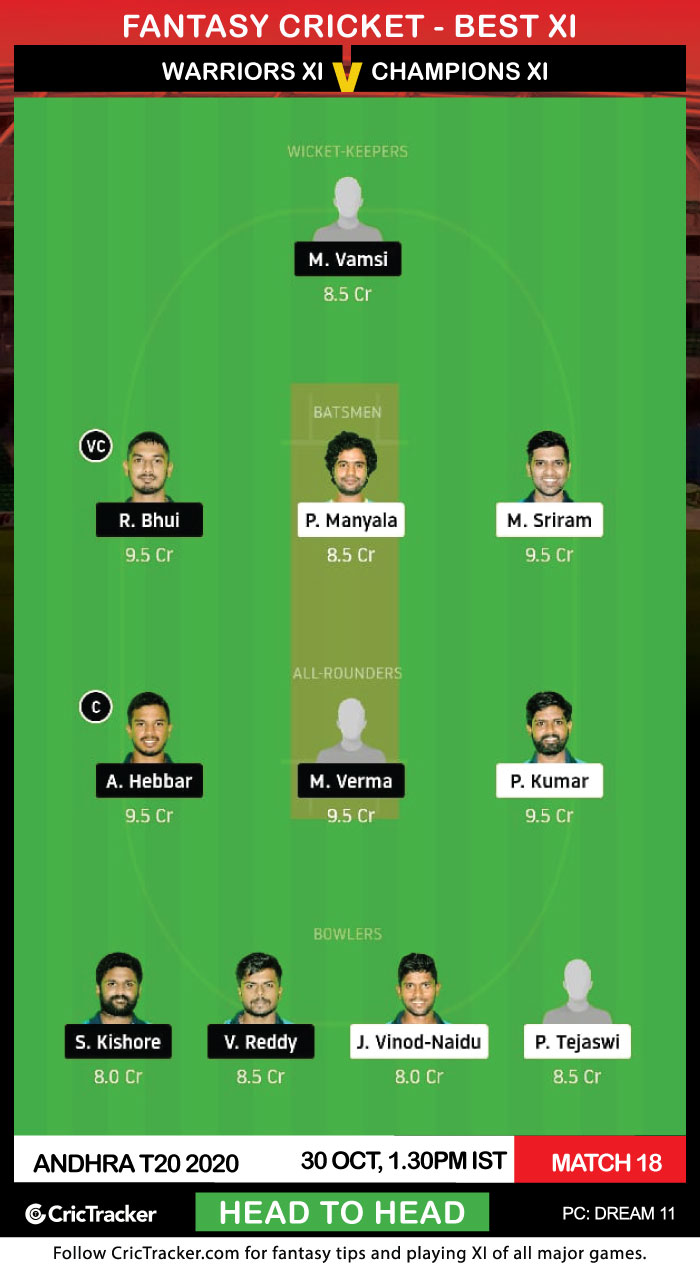 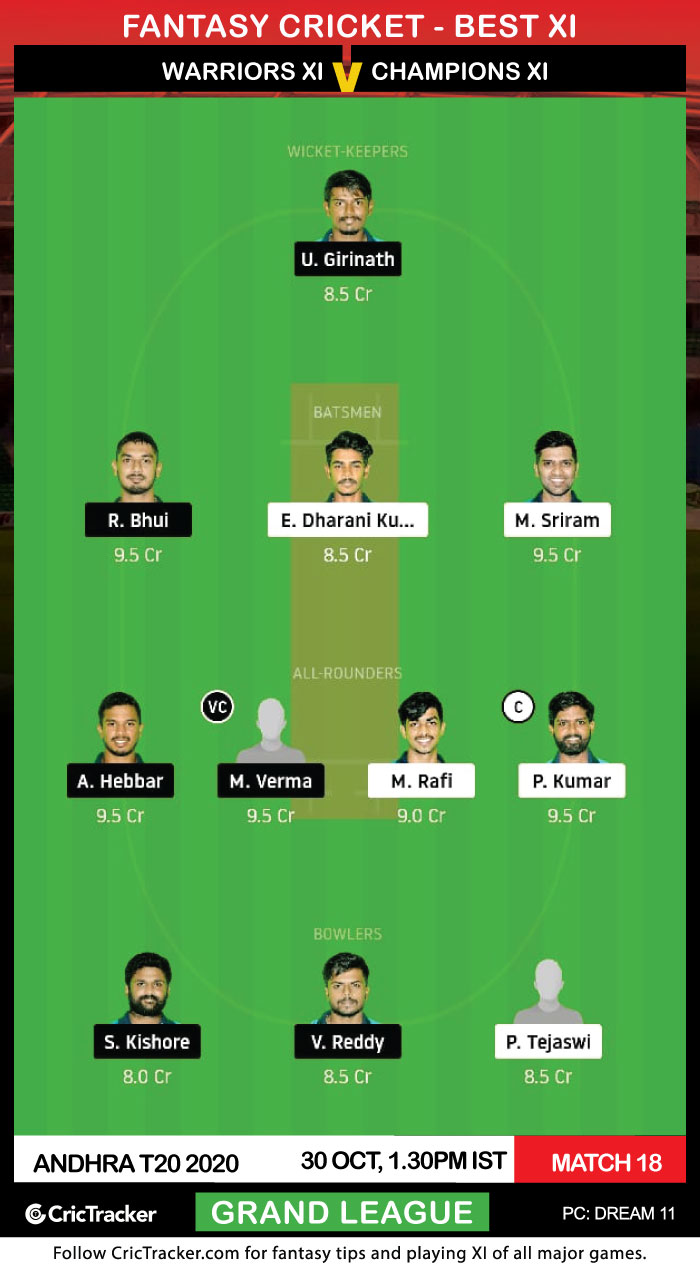 For his all-round abilities, Ashwin Hebbar will be a safe bet for captaincy for either of your Dream11 Fantasy teams.