Both teams will look to move up in the points table, as they are placed at the bottom half of the standings. 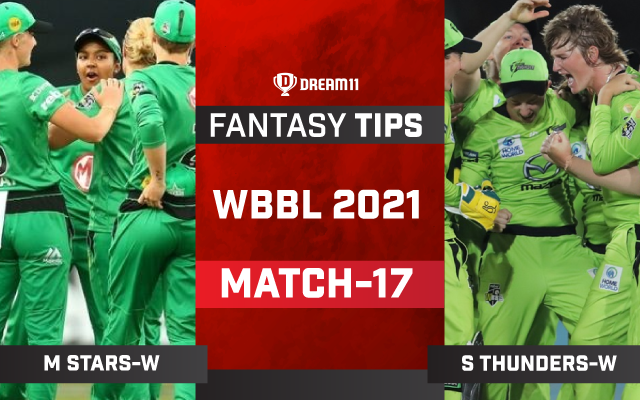 Melbourne Stars Women will lock horns with Sydney Thunder Women in the 17th match of the WBBL 2021. Melbourne Stars Women have played 3 complete matches so far in this tournament and have managed to win only one of those, whereas their previous match was abandoned due to rain. They placed themselves at the seventh spot in the standings with 3 points.

Defending champions Sydney Thunder Women, on the other hand, are searching for their first win in this tournament. They lost to Adelaide Strikers Women and Perth Scorchers Women by 30 runs and 81 runs respectively. One of their fixtures was completely washed away due to rain. They currently sit at the bottom of the table with only one point to their name.

The surface here at the University Oval is expected to be a balanced one. Having said that, the bowlers are likely to get an advantage due to the conditions. Anything between 140-150 is a good score on this wicket.

Annabel Sutherland has the ability to deliver with both bat and ball, and she has done quite well so far in this tournament. In 3 matches, she has scored 73 runs at an average of 24.33 and has even picked up 4 wickets at an economy of 7.3.

Meg Lanning is a must-pick player for your fantasy teams. In 3 matches so far in this tournament, she has scored 58 runs at an average of 29, with the highest score of 25.

Smriti Mandhana is yet to find her rhytm and has struggled to score runs in the last 2 matches. You can still back and include her while making your fantasy teams. 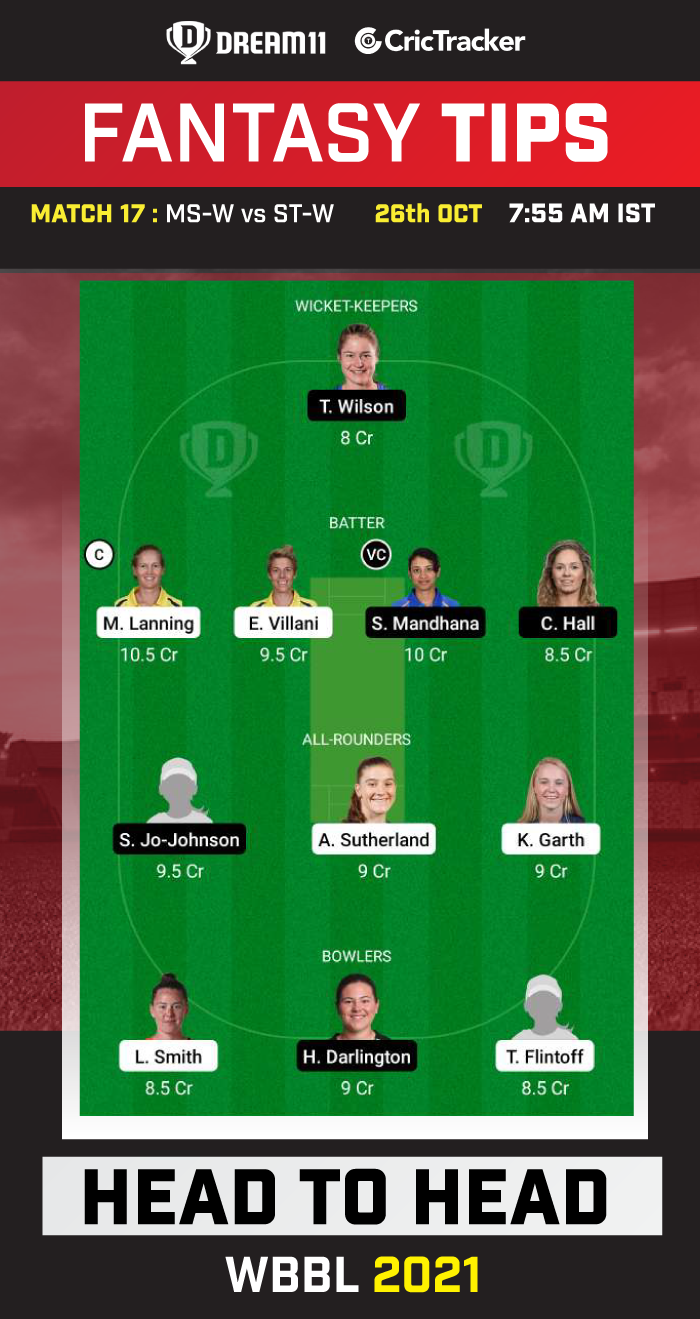 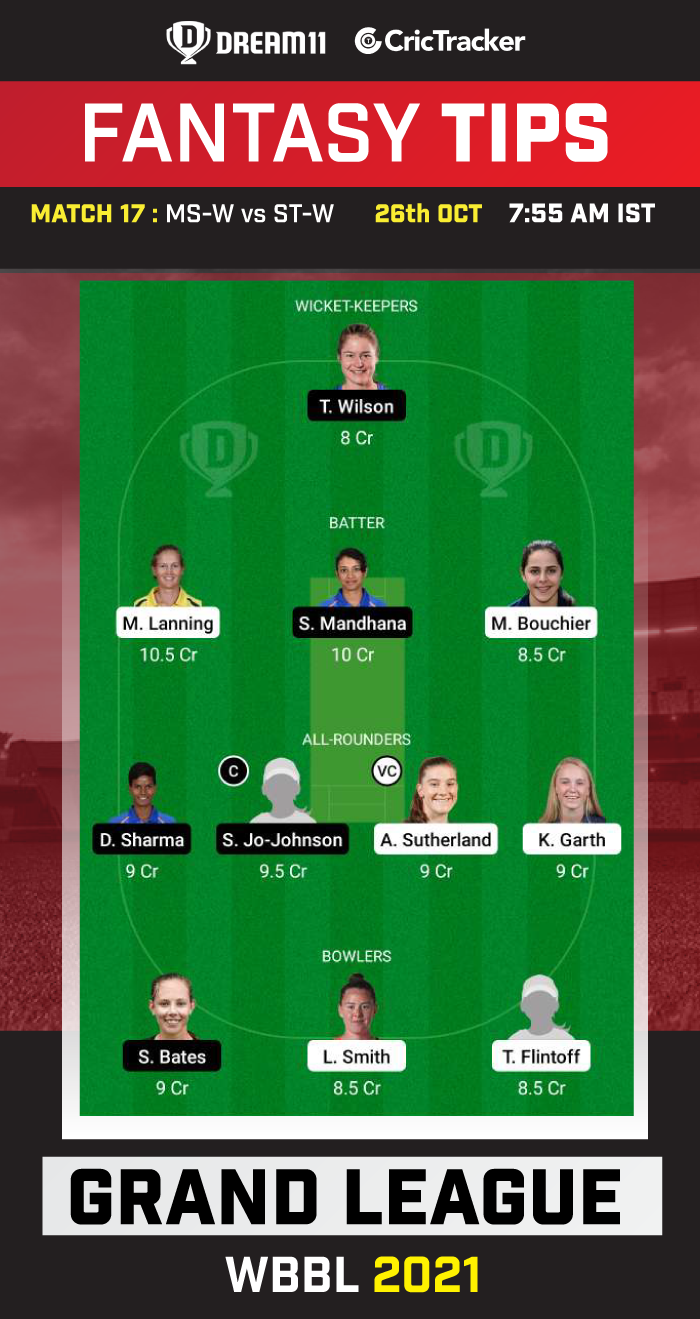 Maia Bouchier played a sensible knock against Sydney Sixers Women, where she scored 32* runs from 25 balls. She is a risky captaincy pick for your fantasy teams.

Deepti Sharma has scored 24 runs and picked up one wicket so far in this tournament. You can take a risk and pick her as your fantasy team skipper.

Anna Lanning hasn’t been used properly so far in this tournament by Melbourne Stars. You can avoid her while making your fantasy tips.