Harmanpreet Kaur is doing a tremendous job with her all-round performances. 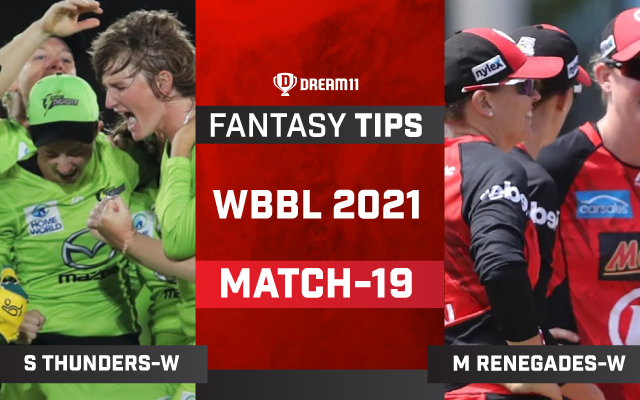 Sydney Thunder Women will take on Melbourne Renegades Women in the 19th match of the WBBL 2021. Defending champions Sydney Thunder Women’s poor run of form continues in this tournament as they have lost 3 of their 4 matches played and the other match was washed out due to rain. They weren’t able to chase 108 runs in the previous match against Melbourne Stars Women and lost the game in the end by 12 runs.

Melbourne Renegades Women, on the other hand, convincingly beat Sydney Sixers Women in their previous encounter by 7 wickets to register their 2nd win in this tournament. They are currently placed at the 4th spot in the standings with 5 points.

It requires some extra skills to score runs on this slow surface. The bowlers can make the most of the conditions. Anything over 130 is a good competitive score on this wicket.

Deepti Sharma battled hard in the last game against Melbourne Stars Women but couldn’t able to get her team home, she scored unbeaten 44* runs in the run-chase which includes 4 fours. Overall, in 3 matches in this year’s WBBL, she has scored 68 runs at an average of 34 and even picked up 2 wickets.

Hannah Darlington is a good buy for your fantasy teams. In 3 matches in this tournament, she has scored 19 runs and more importantly picked up 3 wickets at an economy of 6.41.

Harmanpreet Kaur is doing a great job for Renegades Women in this tournament. In 3 matches, she has already scored 100 runs at an average of 100 with a strike rate of 117.64 and picked up 4 wickets as well.

Eve Jones was impressive in the winning cause against Sydney Sixers Women where she scored 38 runs from 30 balls and added to her total tally of runs to 78 in this competition. 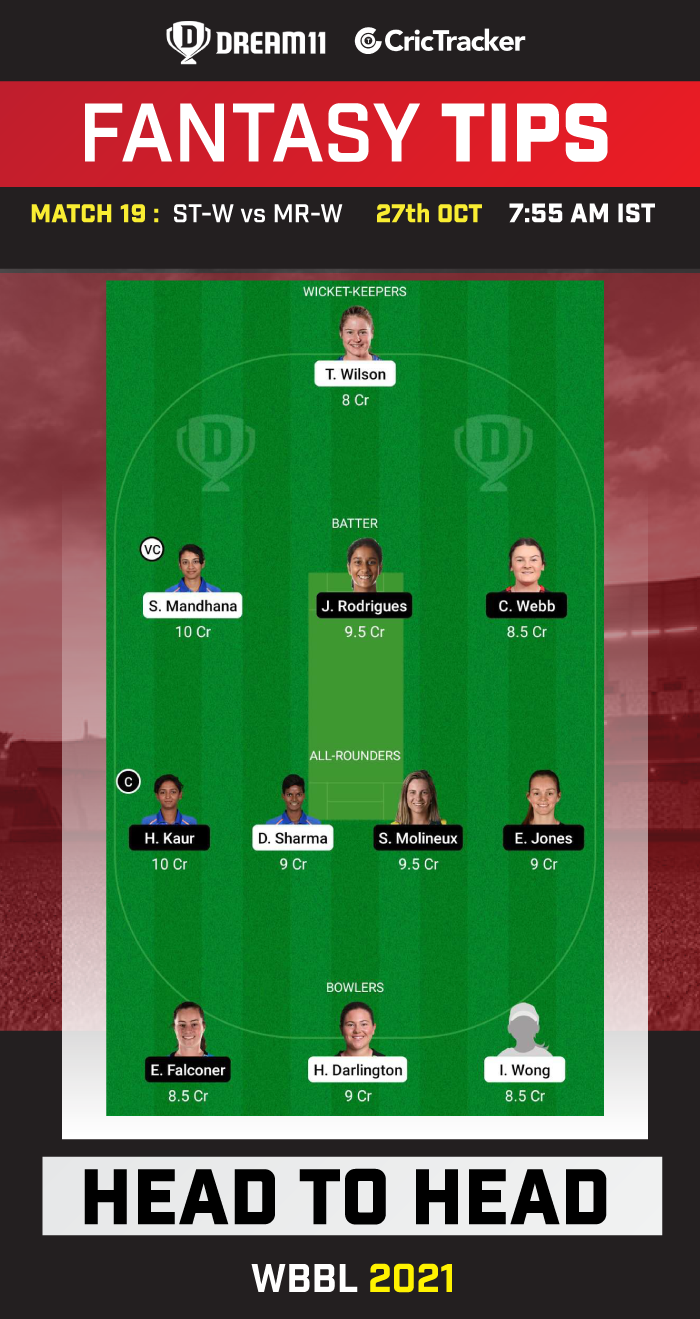 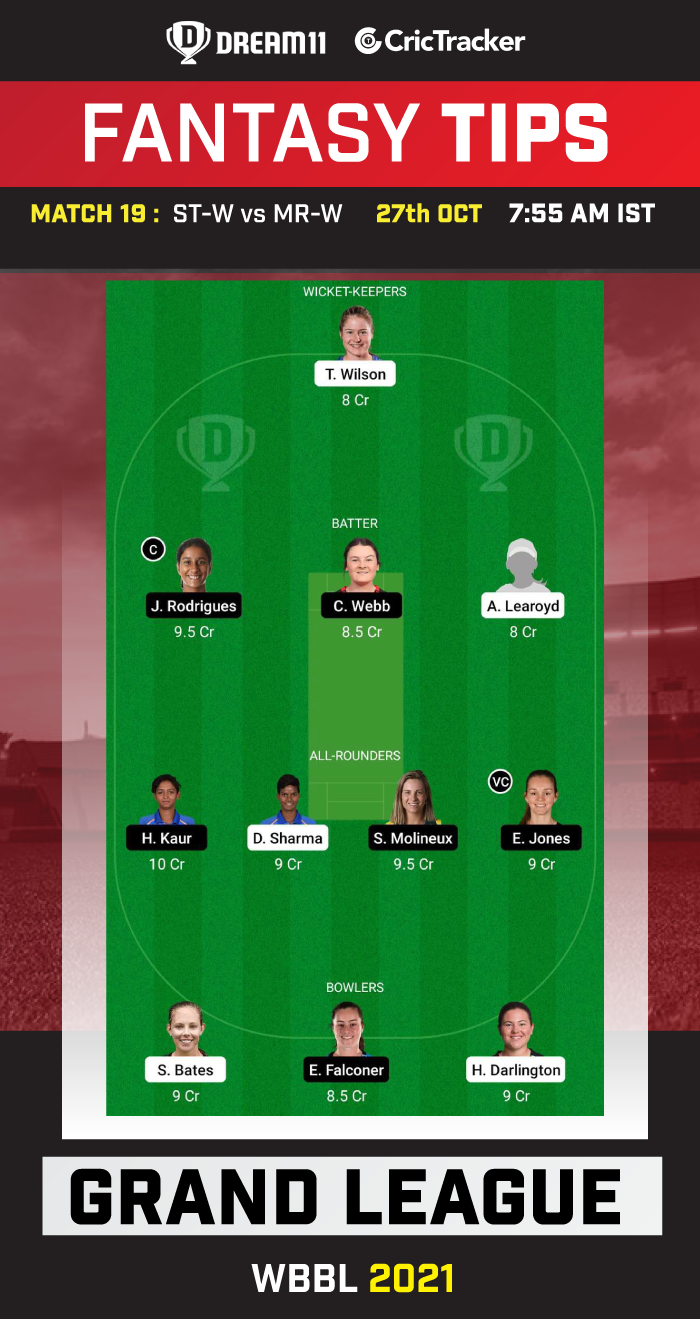 Anika Learoyd has scored 48 runs in 3 matches so far in this tournament at an average of 16. You can take a risk and pick her as your fantasy team skipper.

Sophie Molineux has picked up 3 wickets and scored 25 runs with the bat in this competition. It’s worth a risk and you can pick her as your fantasy team skipper.

Carly Leeson has picked up only one wicket in this tournament in the 3 matches she has played. It’s better to avoid her while making your fantasy teams.