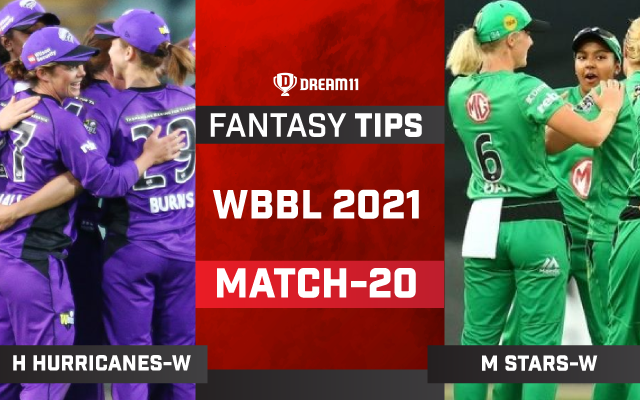 Hobart Hurricanes Women will face Melbourne Stars Women in the 20th match of the WBBL 2021 on Wednesday. Hobart Hurricanes are struggling a bit in this tournament where they managed to win only one of their 4 matches played and another match was carried by rain. They placed themselves at the 7th spot in the standings with 3 points. They lost their previous match to table-toppers Brisbane Heat by 8 wickets.

Melbourne Stars, on the other hand, are heading into this match on the back of two consecutive victories against Sydney Thunder and Sydney Sixers. They had lost to Hobart Hurricanes earlier in this tournament by 63 runs. With 2 wins, 2 loss and a no result, they occupy the 5th spot in the standings with 5 points.

Considering the previous matches played here, the wicket has got everything with equal help for both batters and bowlers. The players will get the results according to their efforts.

Rachel Priest got out for a golden duck in the last match against Brisbane Heat, however, she is 2nd in the list of most run-scorers in this tournament with 143 runs in 5 matches.

Ruth Johnston batted quite well in the last match against Brisbane Heat, where she scored 47 runs from 42 balls which includes 5 fours and a six.

Elyse Villani has hit 2 half-centuries in 4 matches in this tournament. Overall, she has scored 116 runs at an average of 38.66 with the highest score of 54*.

Kim Garth bowled brilliantly in the last match against Sydney Thunder. She went on to pick up 3 wickets by conceding 11 runs in her full quota of 4 overs. 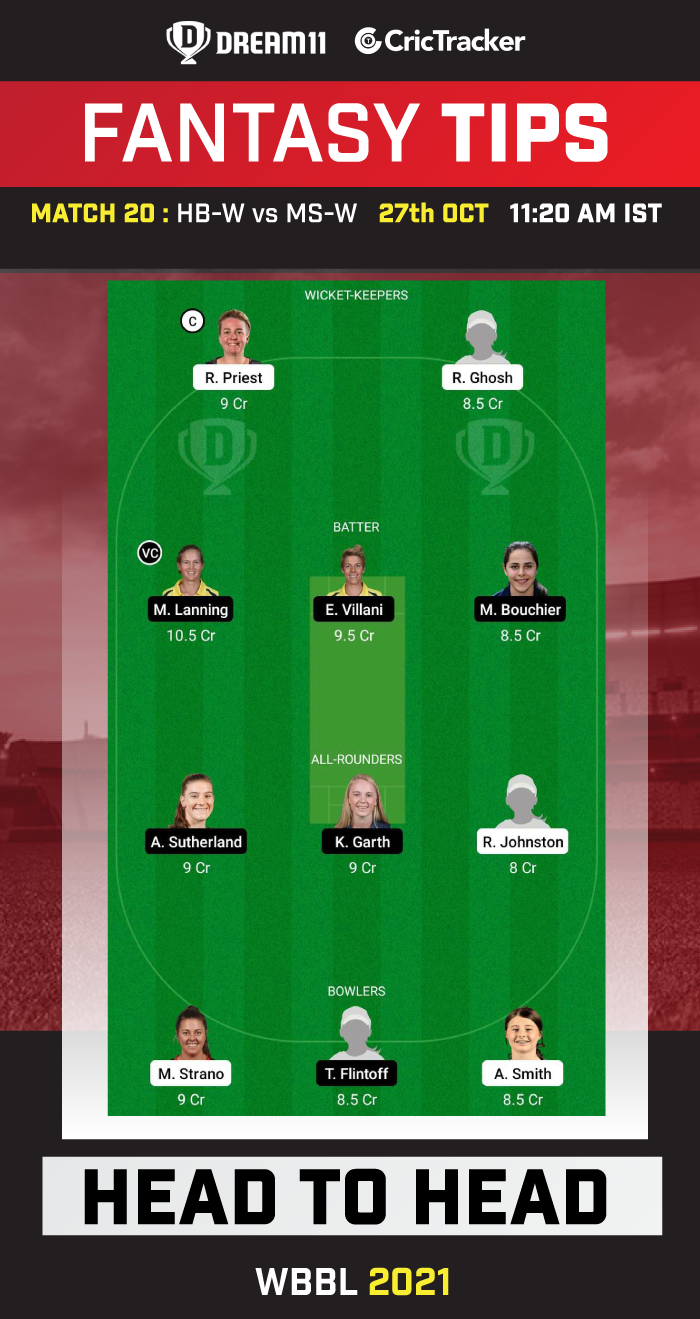 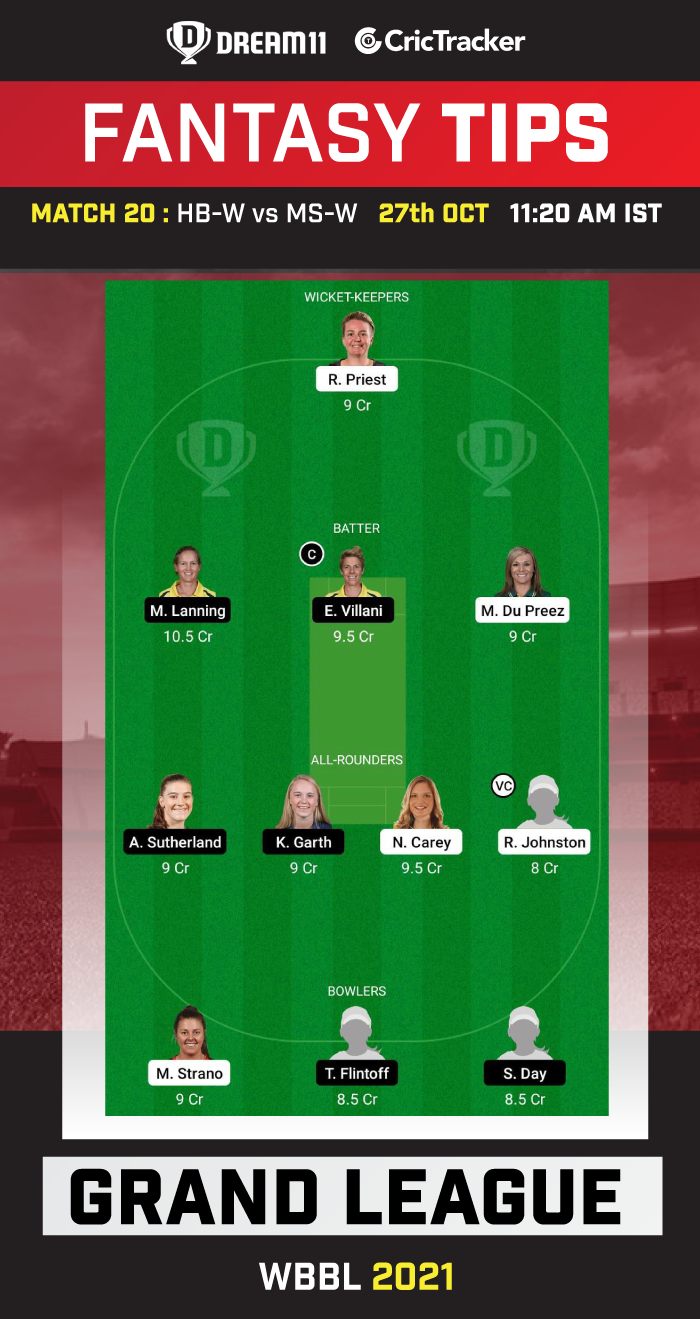 Mignon Du Preez scored 48 runs in the last 5 matches in this tournament, you can take a risk and pick her as your fantasy team skipper.

Annabel Sutherland is doing quite well with both bat and ball in this tournament, she has scored 76 runs and picked up 5 wickets so far. It’s worth a risk and you can pick her as your fantasy team skipper.

Sasha Moloney has scored only 22 runs in 4 innings she has batted in this tournament. It’s better to avoid her while making your fantasy teams.