Grace Harris is the highest run-getter for Brisbane Heat Women in the ongoing tournament.

Brisbane Heat Women will lock horns with Adelaide Strikers Women at the Ray Mitchell Oval, Harrup Park on Sunday. In their last meeting, Brisbane Heat walked off with a 5-run triumph and will be looking to do the same in the upcoming match. They are currently positioned on the second spot with 7 wins from 11 games.

On the other hand, Adelaide Strikers Women won their previous battle against Hobart Hurricanes Women by defending the total of 142 runs posted by them. They have placed themselves at the 4th spot on the league table. Hence, we can expect a competitive battle between these two teams on Sunday.

It’s more of a batting-friendly wicket. The average batting score here in the last 5 matches is 156. The bowlers need to be smart to control the run-flow. We can expect a high-scoring game between the sides.

Grace Harris is the highest run-getter for Brisbane Heat Women in the ongoing tournament. She had amassed 334 runs at an average of 37.11 and has also picked 5 wickets with the ball.

The skipper of Brisbane, Jess Jonassen has bagged 17 wickets at an average of well below 15 and an economy rate of under 7.

For Adelaide Strikers Women, Laura Wolvaardt is the leading run-scorer for her side in the ongoing tournament. She has mustered 268 runs at an average of 33.50, with her strike rate hovering around 130.

Amanda-Jade Wellington has been the most consistent bowler for Adelaide Strikers Women. She scalped 13 wickets from 10 matches at an economy rate of 6.96. 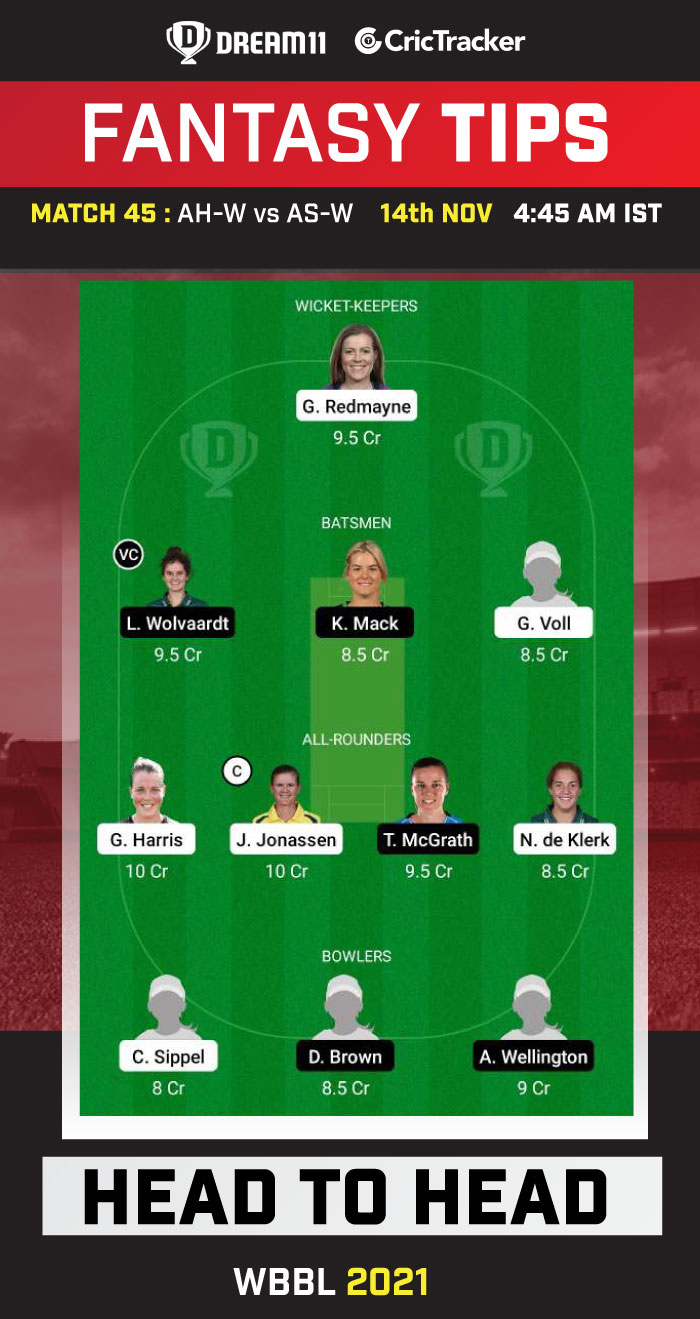 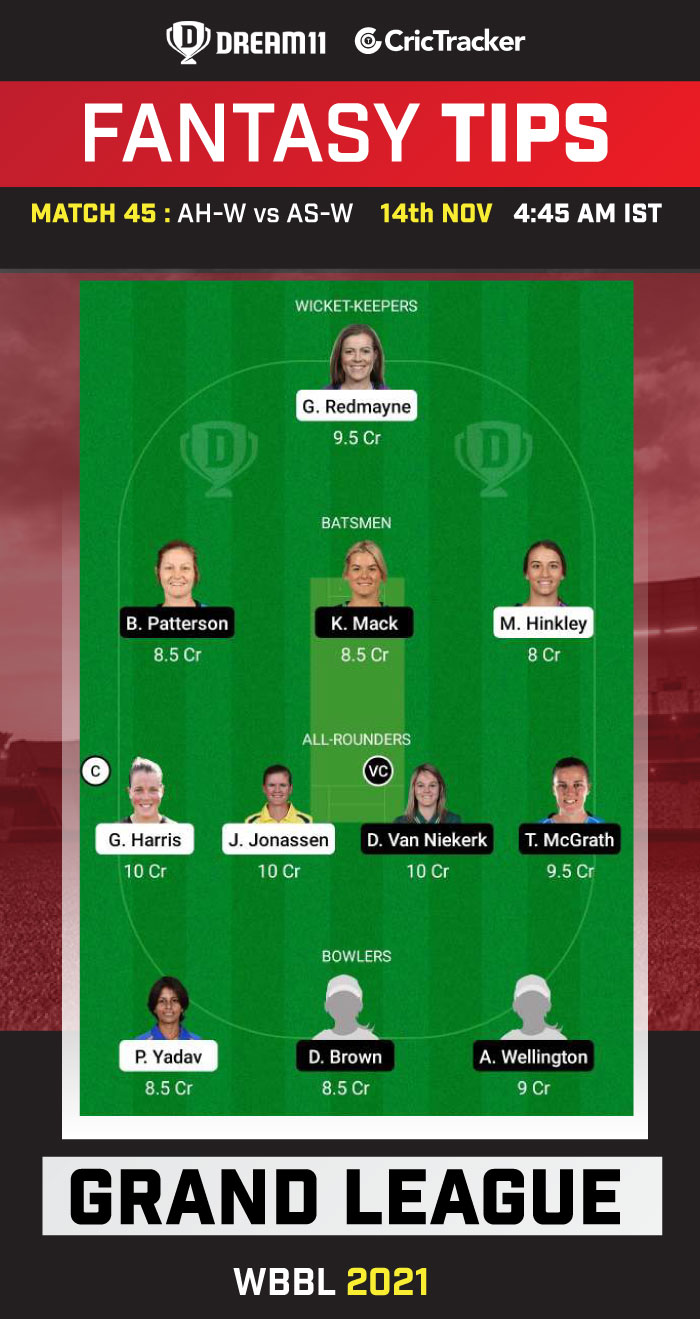 Georgia Voll has scored 207 runs from 10 matches. You can take a risk and pick her as your fantasy team captain.

Tahlia McGrath looked good with the bat in the previous match against Hobart Hurricanes Women. She scored unbeaten 38 off 37 balls and picked up a wicket as well. She would be a worthy pick as your fantasy team captain.

Tegan McPharlin has scored only 35 runs in ten matches. Hence, it is advisable to avoid her while making your fantasy teams.