Considering her present run of form, Smriti Mandhana is a good captaincy pick for your fantasy teams. 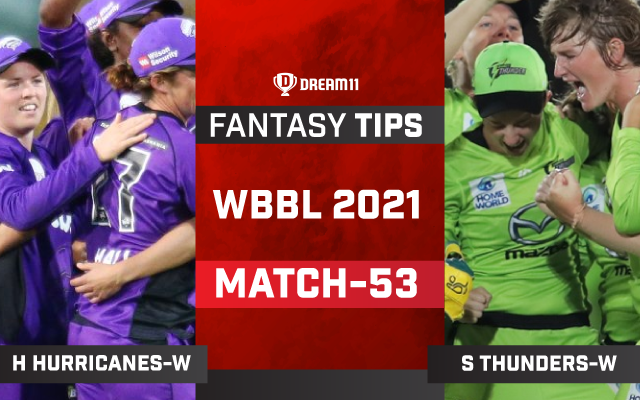 Sydney Thunder on the other hand registered their 4th win in this tournament when they beat Brisbane Heat by 9 runs on Friday. They moved to the 5th spot in the standings with 10 points. Smriti Mandhana is doing an incredible job in the last few matches and you need to keep an eye on her in this match as well.

It’s a well-made surface for the T20 format, the batters will have an excellent advantage as the ball comes quite well onto the bat. Huge scores are always on the cards and whoever wins the toss should bat first.

Ruth Johnston has done an incredible job for Hurricanes Women in this tournament. She has added 199 runs in 12 matches at an average of 16.58 and picked up 11 wickets at an economy of 5.69.

Mignon Du Preez bought up her 3rd half-century of the tournament in the last match against Renegades. She played quite well for her 50 runs and got dismissed in the 15th over. Overall, in 13 matches in this WBBL, she has notched 327 runs at an average of 25.15.

I have been colour discriminated all my life and unfortunately it happens in our own country: Laxman Sivaramakrishnan

Sammy-Jo Johnson was the player of the match for her all-round performances against Brisbane Heat Women, she scored 52 runs from 36 balls and later scalped a wicket as well.

Smriti Mandhana is in fine touch with the bat in the last few matches and considering her current form she is a must-pick for your fantasy teams. She has scored the most runs for Thunder Women in this tournament with 377 runs in 12 matches. 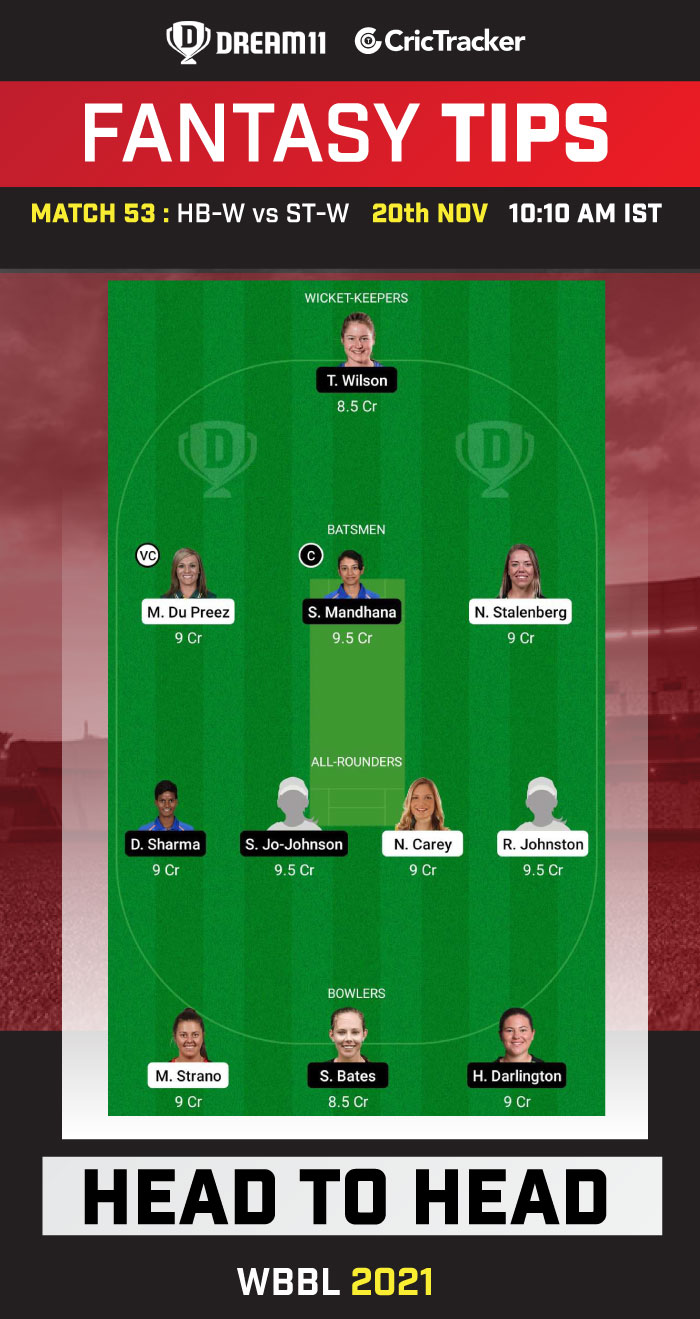 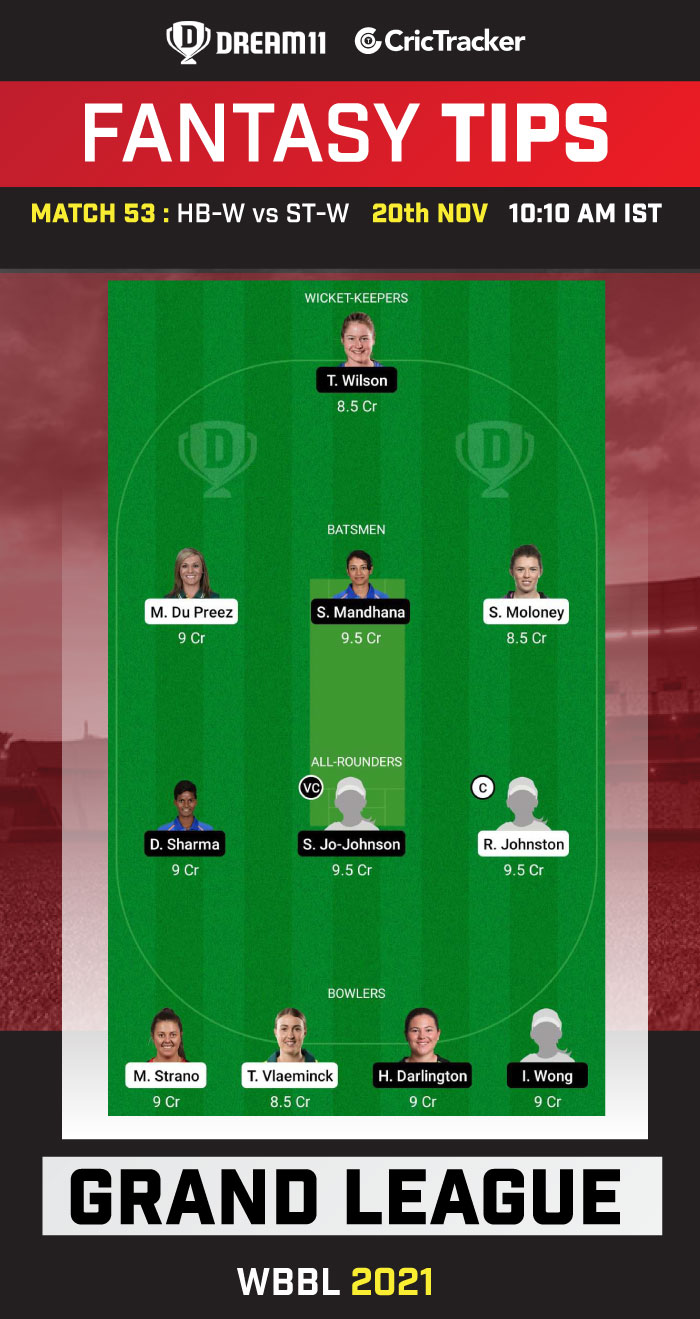 Nicola Carey hasn’t been in best of forms with the bat in the last few matches. She has scored only 37 runs in the last 5 matches and scalped 5 wickets with the ball. She is a risky captaincy pick for your fantasy teams.

Deepti Sharma has scalped 12 wickets and scored 180 runs with the bat in this tournament. You can take a risk and pick her as your fantasy team skipper.

Amy Smith has scalped only 4 wickets in 13 matches she has played in this tournament, it’s better to avoid her while making your fantasy teams.