Perth Scorchers Women are the sheer favorites to win this match.

In the penultimate league fixture, Sydney Sixers Women will take on Perth Scorchers Women on Sunday. Sydney Sixers Women have had a terrible tournament so far and they haven’t played to their true potential, despite having star players in their line-up. They are already knocked out of the tournament and now will be looking to avoid finishing at the bottom of the table.

Perth Scorchers Women, on the other hand, registered their eighth win of the tournament with a 4-wicket victory over Stars Women on Saturday. Beth Mooney has been phenomenal for them right from the start of the tournament and even Sophie Devine’s all-round contributions have played a huge role for them.

There is not much change in the nature of the surface from what we have witnessed on Saturday. A total of 25 wickets have fallen in the last couple of matches which shows the dominance of the bowlers.

Nicole Bolton did a pretty good job for Sydney Sixers Women with both bat and ball in this tournament. She has scored 228 runs at an average of 32.5 and has picked up 7 wickets as well.

Ellyse Perry didn’t meet the expectations in this tournament. However, she is still the leading run-scorer for Sydney Sixers Women with 319 runs in 12 matches, and has also picked up 5 wickets at an economy of 7.95.

Sophie Devine contributes in one way or the other. She has mustered 389 runs in 12 matches in this tournament and has picked up 9 wickets at an economy of 7.04. 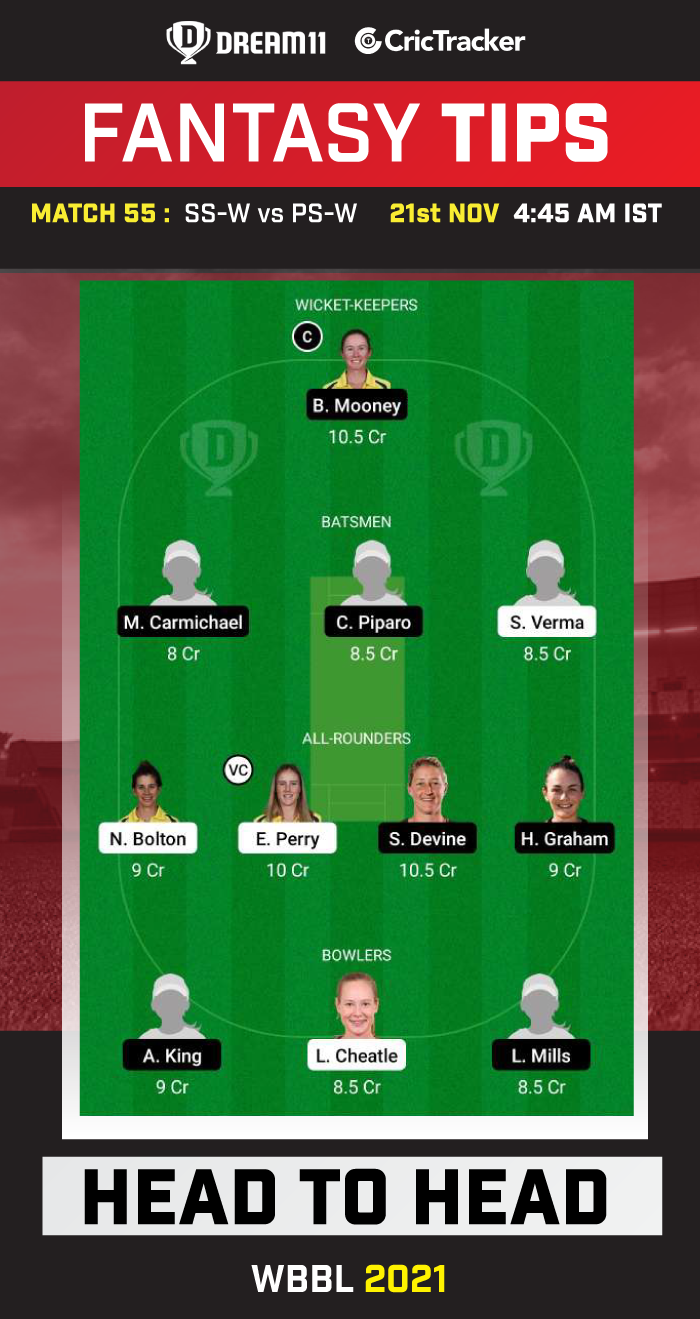 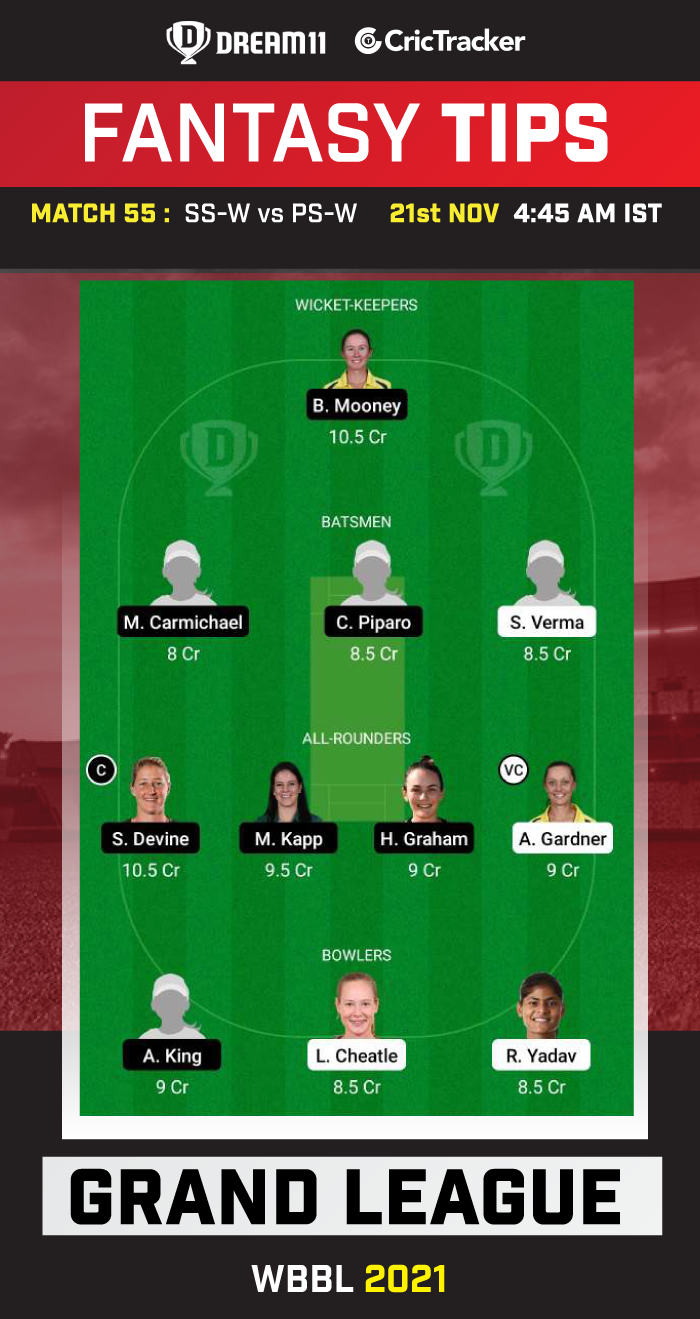 Lauren Cheatie has scalped the most wickets for Sixers Women in this tournament, with 10 scalps in 7 matches, while she has also scored 34 runs with the bat as well. She is a risky captaincy pick for your fantasy teams.

Heather Graham is one of the best performers for Scorchers Women in this tournament with both bat and ball. She has claimed 15 wickets and scored 140 runs with the bat. It’s worth a risk and you can pick her as your fantasy team skipper.

Alyssa Healy is completely out of form at the moment. It’s better to avoid her while making your fantasy teams.