Beth Mooney is a good captaincy pick for your fantasy teams. 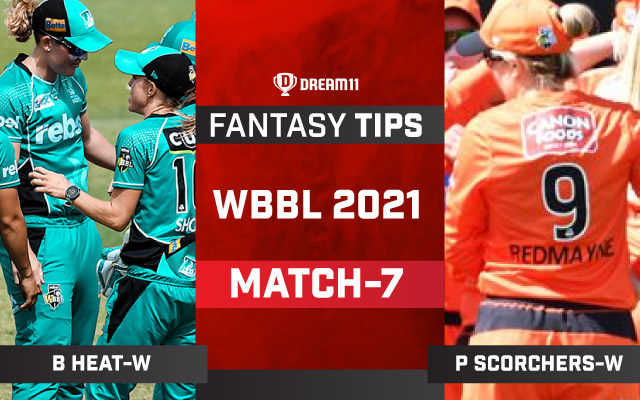 Brisbane Heat Women will take on Perth Scorchers Women for the 2nd time in this tournament. Brisbane Heat lost the match in the one-over eliminator against Perth Scorchers in their previous meeting. Bowlers have been on top of their game and did well. They lost 5 wickets for just 32 runs in the run-chase which affected them a lot.

Perth Scorchers Women, on the other hand, pulled back things in the 2nd half of the match and won the game in the end in the one-over eliminator. Beth Mooney, Alana King, and Lilly Mills are the main performers for them against Brisbane Heat Women. There is still a lot of scope for improvement, especially in the batting department.

It’s a used wicket and it is on the slower side. The batters need to earn each and every run here. The bowlers, on the other hand, just need to be disciplined since the surface is assisting them a lot.

Jess Jonassen was impeccable with the ball against Perth Scorchers. She picked up 3 wickets by conceding just 16 runs in her full quota of 4 overs and later scored 18 runs with the bat.

Georgia Redmayne is a capable player. She scored 18 runs from 13 balls in the previous match against Perth Scorchers which includes 4 fours.

No. 1 T20I batter, Beth Mooney was the top scorer for Perth Scorchers Women in the last game against Brisbane Heat. She played to her strength and scored 40 runs from 37 balls which included 3 fours and a six.

Alana King was the player of the match for her extraordinary spell of bowling against the Brisbane Heat. She picked up 4 wickets at an economy of 6 and even made a useful contribution of 12 runs with the bat. 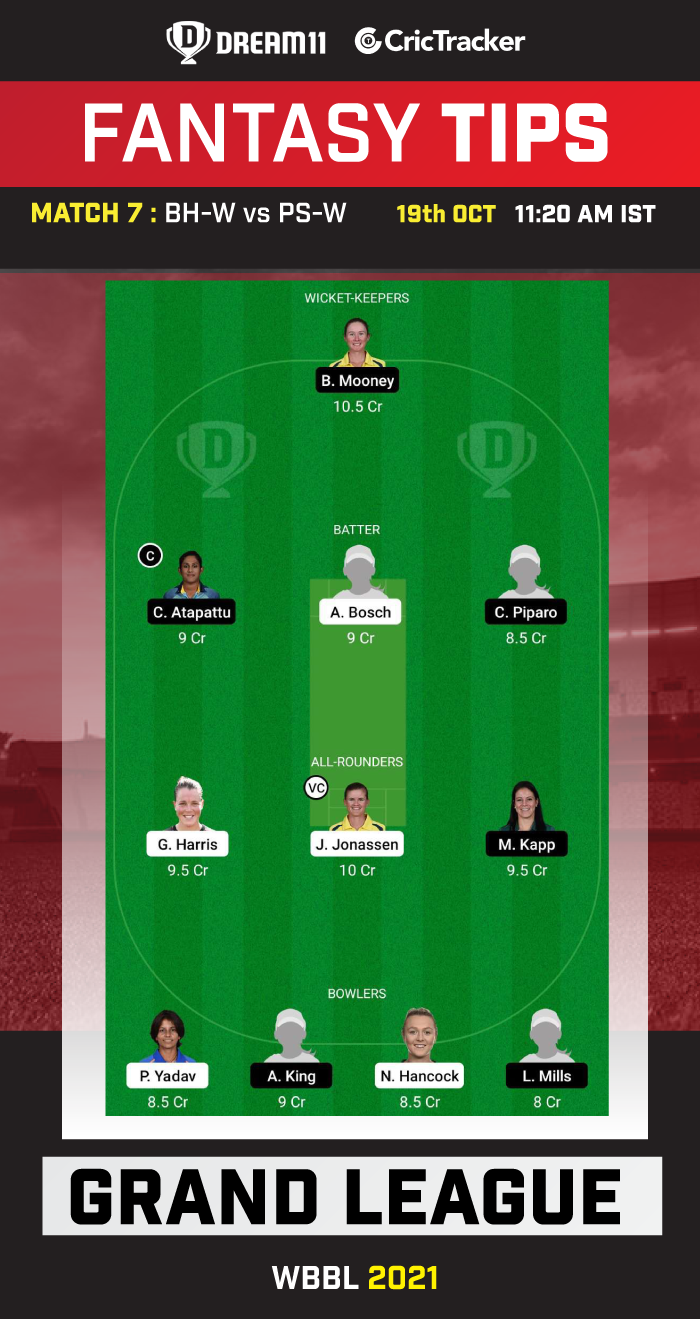 Anneke Bosch scored 14 runs from 18 balls in the last game against Perth Scorchers, considering her decent performances, she is a risky captaincy pick for your fantasy teams.

Grace Harris played well for her 41 runs from just 27 balls against Perth Scorchers. It’s worth a risk and you can pick her as your fantasy team skipper.