Liam Guthrie can be an X-factor pick.

Going into their final match of the Marsh One Day Cup 2021, both Tasmania and Western Australia will have equal chances of making it to the grand finale of this competition. They both have won 2 games out of their 4 matches.

Western Australia have lost a game less, but none of that will matter, as whoever wins this game is likely to get a tick to the finals. Many big names, including two players who had withdrawn from IPL 2021 in Mitchell Marsh and Josh Philippe will be seen playing in this match.

Pitch Report: This is a balanced surface, where both batsmen and bowlers will have equal chances of finding joy.

Jordan Silk has been in great touch with the bat for Tasmania. He has scored over 150 runs for the Tigers.

With the ball, Jackson Bird has done most of the talking for Tasmania. He has picked up 7 wickets and has also been very economical.

Cameron Green is enjoying the form of his life ever since the series against India. He has scored over 160 runs.

Liam Guthrie can be an X-factor pick. The relatively unknown player has already picked up 4 wickets.

Suggested Playing XI No.1 for WEA vs TIG 11Wickets Cricket: 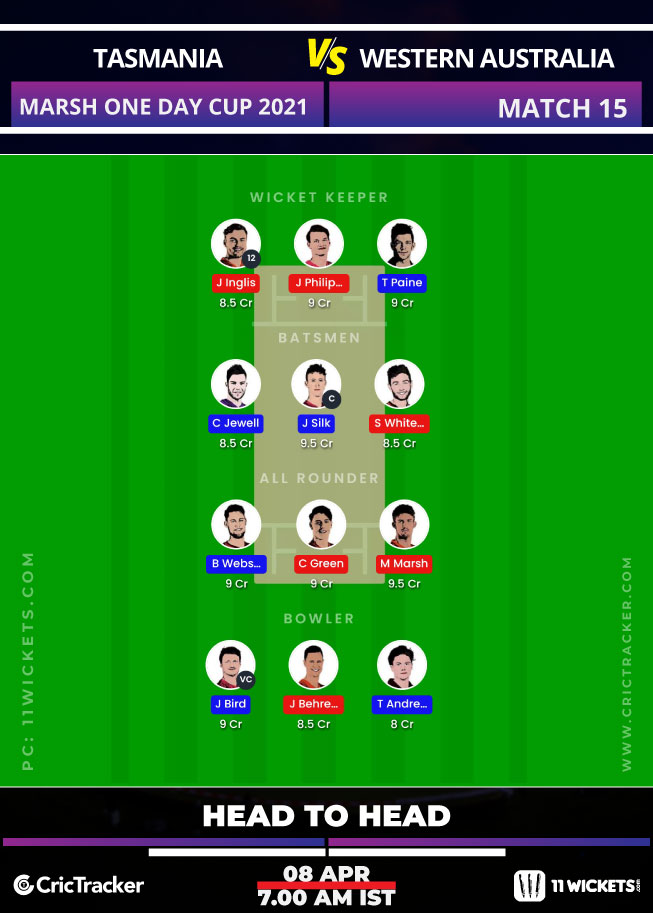 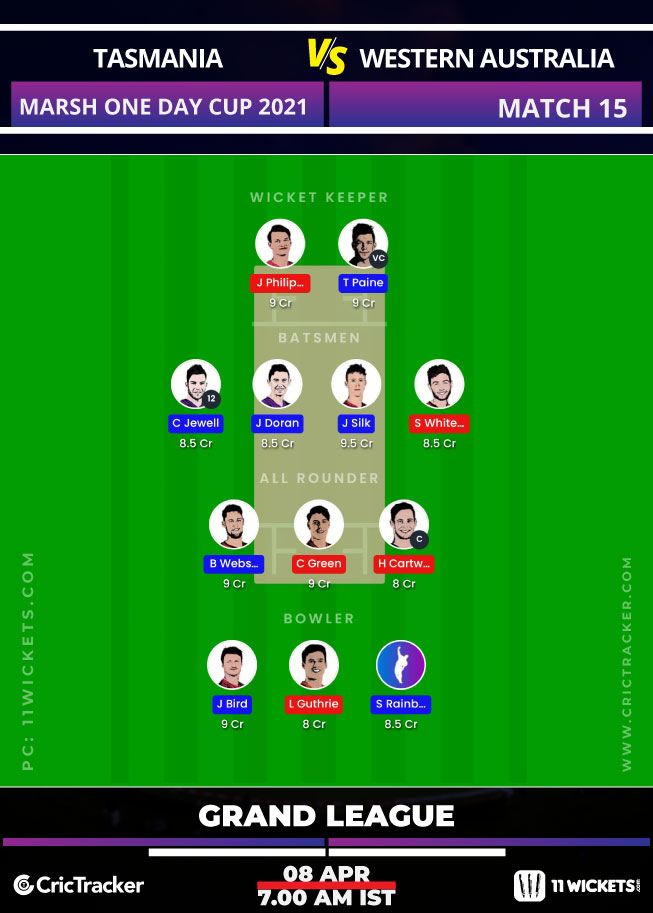