Michael Bracewell has made it to 6 consecutive Dream Teams in the 7 matches he has played. 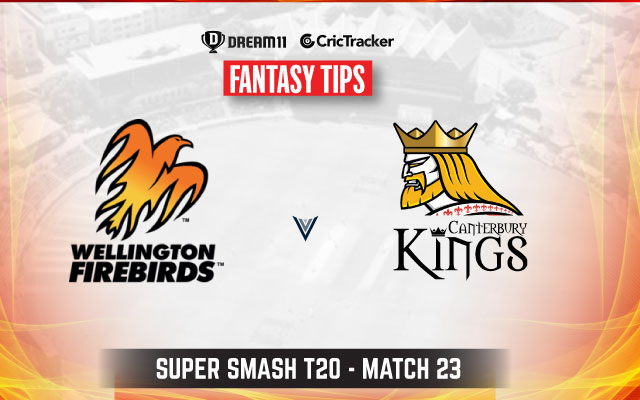 The 23rd match of the Super Smash 2020-21 will be played between Wellington Firebirds and Canterbury Kings at the Basin Reserve, Wellington.

Wellington Firebirds will take on Canterbury Kings at their home ground, Basin Reserve. The latter has been the only team to have beaten this strong Wellington side this season and they hold the bragging rights for it. They are placed third with five wins from seven games and would love to repeat what they did a few days ago at Christchurch.

Wellington, on the other hand, would look to avenge that defeat, the only one that spoiled their perfect winning streak. They are still unbeaten at home and would love to keep that streak going with some all-around performance against the visitors. This could be one of the most exciting battles of this Super Smash 2020-21 season.

It will be a sunny day in Wellington and there are no chances of rain. The temperature will be around 19 degrees Celsius.

It is as good a batting wicket as it gets here at the Basin Reserve, Wellington. With the ball coming nicely into the bat, it’s easier to hit through the line.

It was a rare failure for Finn Allen in the last game but he will bounce back from it. He has so far mustered 353 runs at an impressive strike rate of 193.95. He averages 70.60 which means he’s consistent.

Michael Bracewell, the Wellington captain is a handy all-rounder. He has amassed 147 runs at an average of 36.50 and has scalped 4 wickets in the 3 matches he has bowled.

Ben Sears looked mighty impressive with the ball against Otago. He ran through the Otago batting lineup, grabbing 4 wickets giving away just 21 runs in his quota of 4 overs.

Cole McConchie, the Canterbury captain, has been doing well lately. He has scored 179 runs in 6 innings at an average of 44.75 and has also picked up 4 wickets while conceding runs at an economy rate of just 6.57. 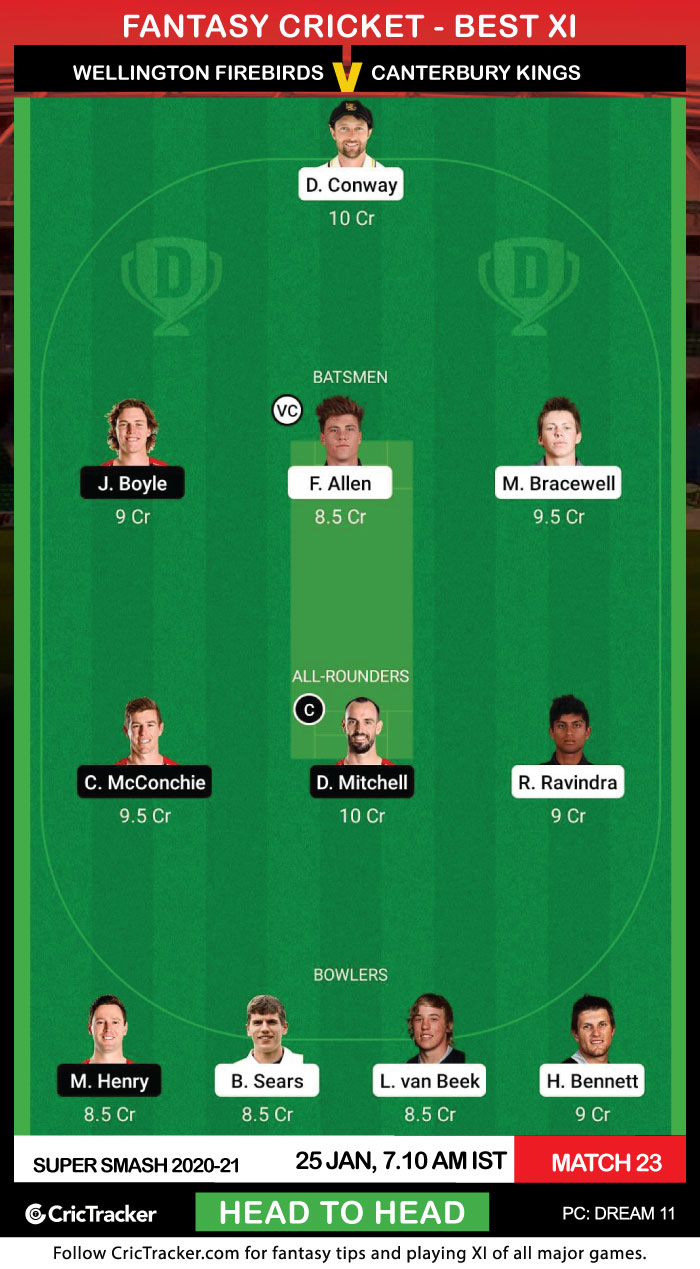 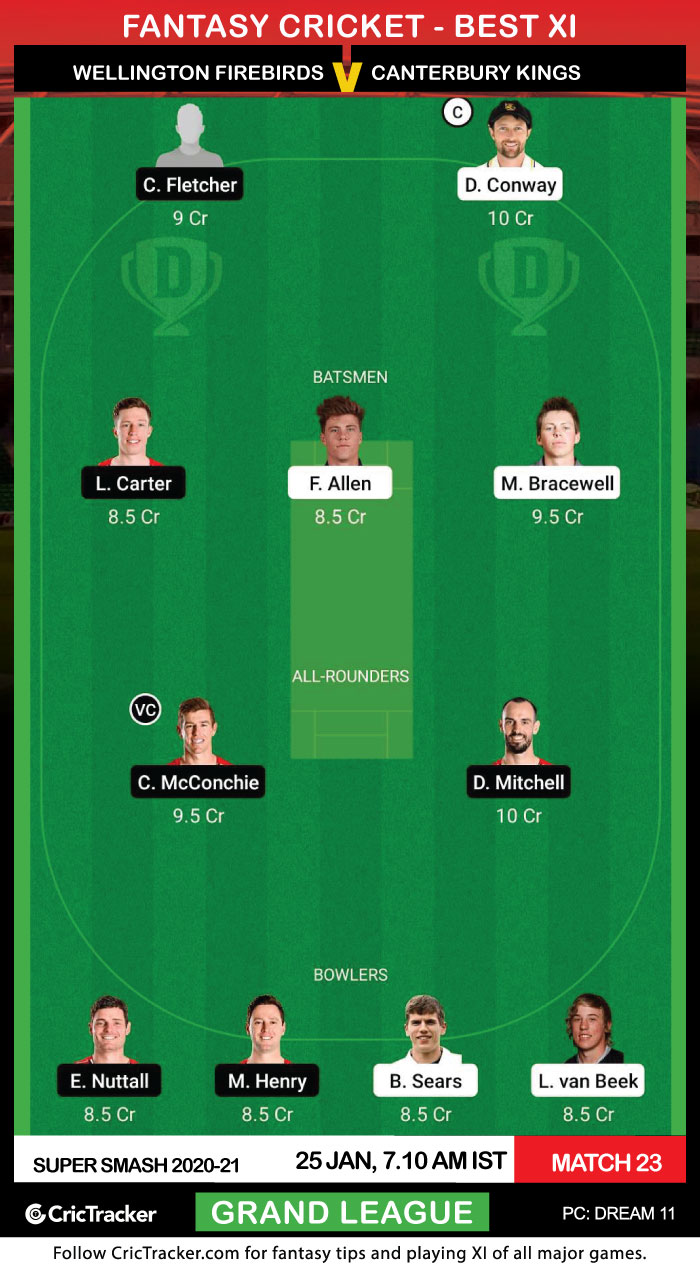 Michael Bracewell has made it to 6 consecutive Dream Teams in the 7 matches he has played. He can be a game-changer if appointed as captain as only 3.47 percent of the users have made him captain at the time of writing.