What is Mankading? All your questions answered!

What is Mankading? All your questions answered!

In a game that is increasingly drifting towards the batsman, snatching away a legitimate right in the name of some vague and indefinite “spirit” from the bowlers would be extremely unfair and unjust. 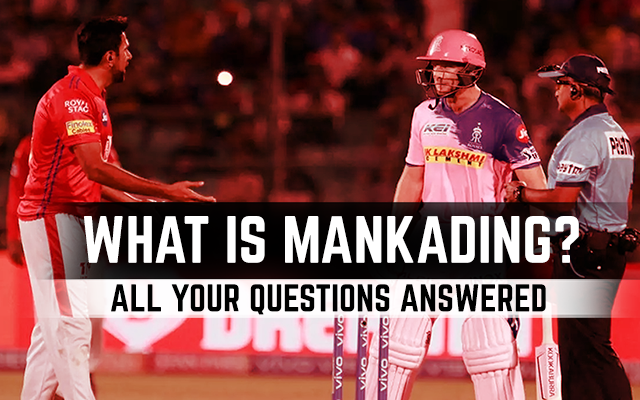 Is Sachin Tendulkar better or Don Bradman? Messi or Ronaldo? Should the death penalty be allowed or abolished? Should gambling be legalized in cricket? Is ‘Mankading’ within the spirit of the game of cricket or not? There are many raging, perpetual debates in the world that never have a clear answer. But read on, I assure you to answer all that your inquisitive minds have got in them about the last question.

The debate around ‘Mankading’ is not a novel one. When Ricky Ponting stated last month that he will have a “hard conversation” with the Ravichandran Ashwin about “Mankading”, the cricketing world got another opportunity to indulge into opinionated debates over the contentious issue. So that essentially raises a few questions. What is Mankading? How does it get its name? Is it an illegal mode of dismissal? What are the opinions of cricketing pundits on it? Thank me later.

Come, let’s get it all sorted!

What is ‘Mankad’ or the act of ‘Mankading’?

A ‘Mankad’ or a ‘Mankading’ is a colloquial term used to describe the act of the bowler running out the batsman at the non-striker’s end when he finds the batsman leaving the crease even before the delivery stride is complete.

Simply put, if the non-striker leaves his crease when the bowler is in the process of delivering the ball and has not yet released it, the bowler legitimately has the right to take the bails off and run the batsman out.

Why is it called ‘Mankading’ and not simply “run out”?

The term ‘Mankad’ is coined after the name of the legendary Vinoo Mankad who has scored 2109 runs at an average of 31.47 with the bat and picked 162 wickets including eight five-wicket haul in 44 Test matches. Mankad was the also first Indian to scale the double of 1000 runs and 100 wickets in Test cricket. Despite such brilliant achievements, his name is pronounced for a method of dismissal that he happened to be the first inflictor of.

In 1948, against Australia in Sydney, the Australian batsman Bill Brown constantly kept leaving the crease before Mankad would deliver the ball. An annoyed Mankad warned him to not step out but to no avail. Despite warning him twice, when Brown did not abide, Mankad whipped the bails off and ran him out.

Notably, this was the second time that Brown had been dismissed in this fashion by the same bowler. In the previous match of the same tour, Mankad had dismissed him similarly after multiple warnings. Aghast by the alleged ‘unsportsmanlike conduct’ by Mankad, the Australian media rebuked him and subsequently coined the term ‘Mankad’ that became a cricketing term for generations to follow.

However, interestingly Sir Don Bradman stood by Mankad. “For the life of me, I can’t understand why (the press) questioned his sportsmanship,” Bradman wrote in his autobiography ‘Farewell to Cricket’. “The laws of cricket make it quite clear that the non-striker must keep within his ground until the ball has been delivered. Despite following a legally correct method of dismissing the batsman, Mankad earned ill fame and disrepute. 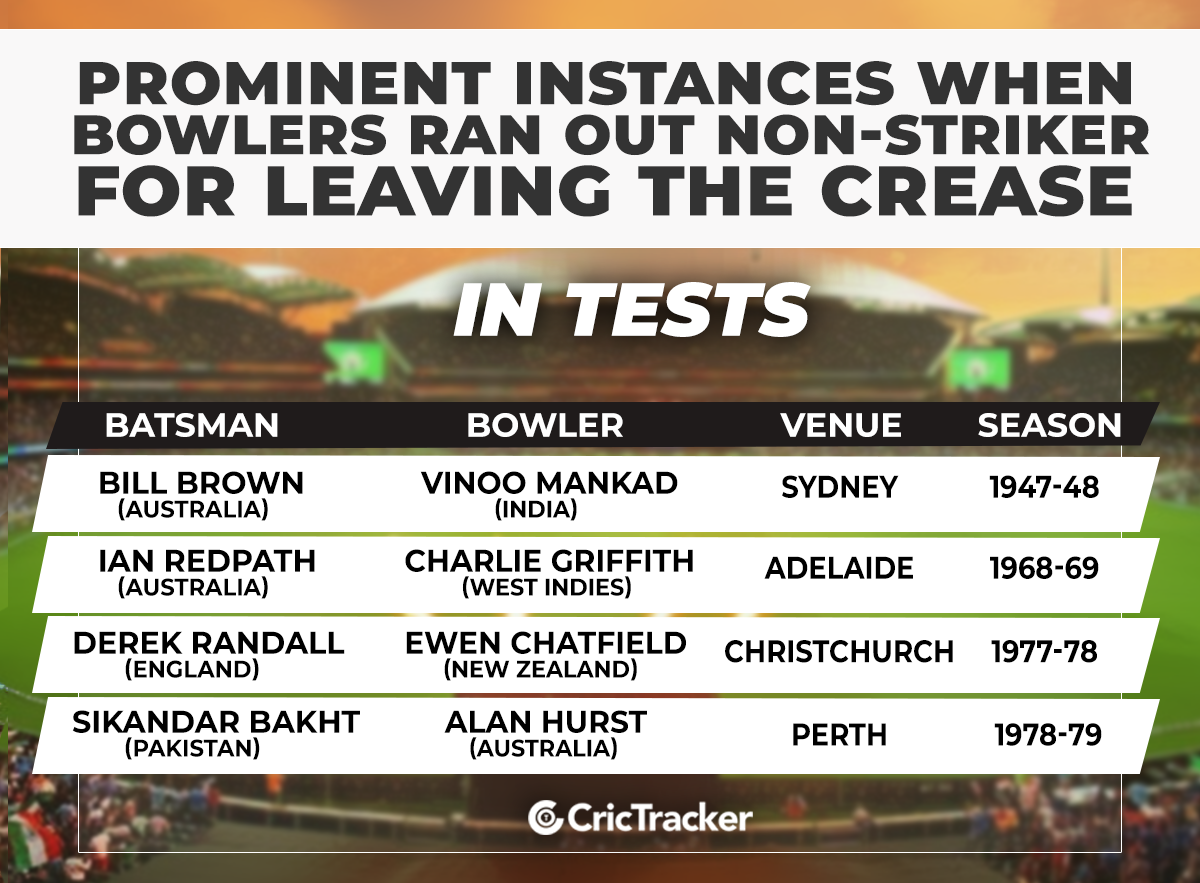 Legally…? Is there a law related to ‘Mankading’?

Yes. Law 41.16 of the Laws of Cricket 2017 (Marylebone Cricket Club) Code (referred to as “the Code” hereinafter) is titled as Non-striker leaving his/her ground early.  The law regarding this has been tweaked a couple of times. For instance, in the earlier Code, the wordings went as “Bowler attempting to run out non-striker before delivery”, which was subsequently replaced with “Non-striker leaving their ground early”. The amendment was made in order to put the onus on the non-strikers to remain in the crease.

All of this sounds completely justified! So why all the fuss around this?

The cricketing fraternity has divided opinions over the method of dismissal despite it being a part of the law. The most vehement argument against is that it goes against the ‘Spirit of Cricket.’ The ones against ‘Mankading’ state that running a batsman out at the non-striker end even before the ball is delivered is cheating and an unfair mode of dismissal.

While those who favour it, argue that the burden lies on the batsman to ensure that he stays inside the crease before the ball is bowled, and should he not adhere to that rule, the bowler is well within his rights to run him out.

What is the “Spirit of the game” and does it get offended by “Mankading”?

In 2000, the Laws of cricket included a Preamble on the “Spirit of the Game”, for the first time. The preamble of the MCC provides and contextualises the phenomenon referred to as the “spirit of the game”.

The points laid above mention that “The major responsibility for ensuring fair play … extends to all players…” as well as “Play hard and play fair”. A single run means running 22 yards, but a batsman taking a lead of a yard meanwhile the bowler is in his delivery stride puts the batsman in an advantageous position.

After all, a yard gained at one end is a yard gained at another. And therefore to state a batsman who leaves his crease early to not be in contravention of the spirit and a bowler who seeks to dismiss him to be taking unfair advantage would be only an arbitrarily and fanciful statement to make. On the contrary, if there is anything that is against the spirit, it is the batsman gaining an unfair advantage by shortening his run. 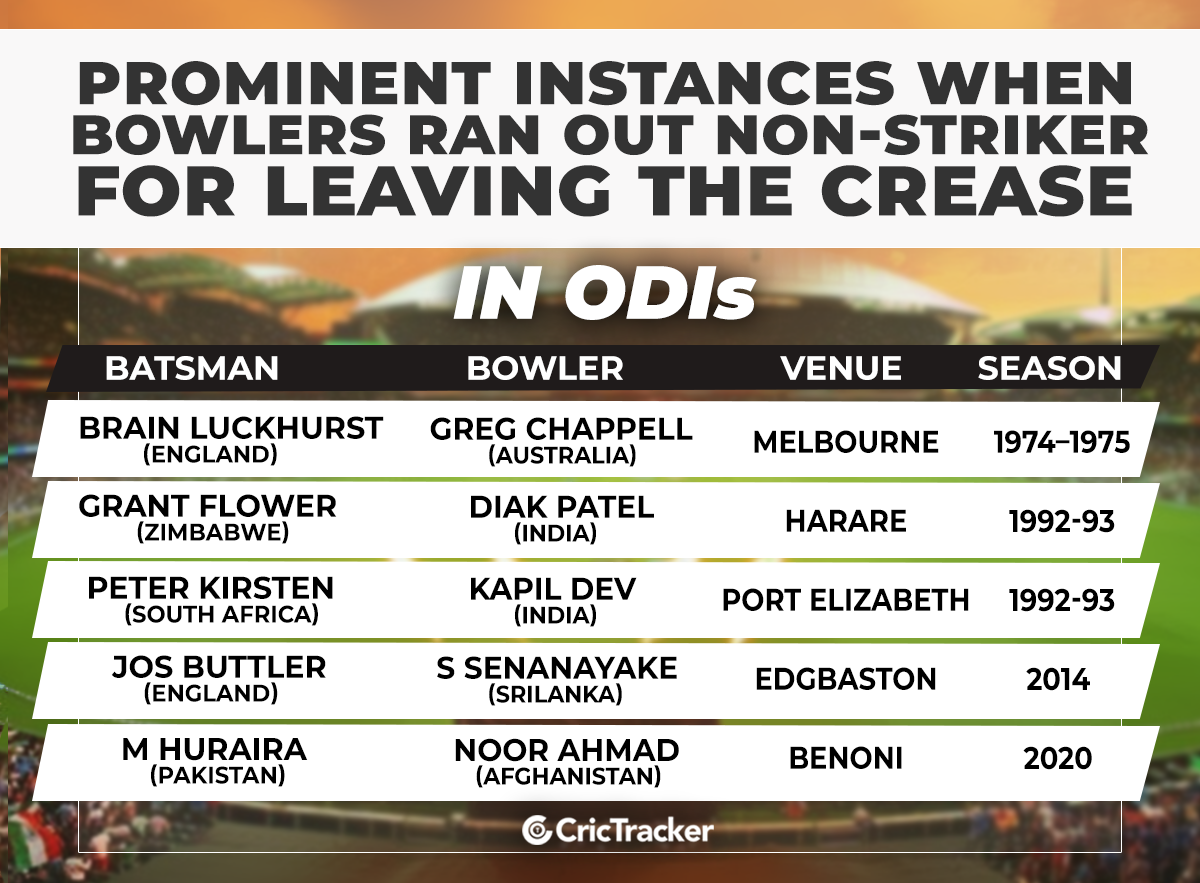 Can dismissing the batsman in such a manner never be illegal?

It can be. There are certain points to be kept in mind by the umpires while making the call. As per Law 41.16, the bowler can run the non-striker out till the instant when he would normally have been expected to release the ball.

But what is “normal”? The ICC Match Officials’ Almanac (used by the on-field upmires) states that “The normal point of ball release should be interpreted as the moment when the delivery arm is at its highest point.” Therefore, a bowler cannot deliberately delay his action and wait for the batsman to step out to Mankad dismiss him. Only when he is in the process of delivering the ball and the batsman tries to gain an advantage by backing up for the run can the bowler run him out.

Is the bowler bound to give a warning to the non-striker stepping out?

Earlier, a “gentleman’s warning” was usually expected before a bowler attempts such a dismissal, although there is nothing in the Laws of cricket to this effect. As mentioned above, the latest amendment puts the onus of staying in the crease on the batsman.

Sunil Gavaskar sounds apt when he says that “if at all the dismissal should be named after anyone, it should be the non-striker who, despite being warned, kept coming out before Mr. Mankad ran him out”. “I think it should be called (getting) ‘Browned’ because it was Bill Brown who was outside the crease. He was at fault, not Mr. Mankad.”

It is disheartening to see a tabooed and derogatory connotation attached to the mode of dismissal by the name of the bowler instead of the batsman who sought to take an unfair advantage. The “spirit of the game” has been made a convenient escape route and under its garb, many seek to vilify the bowlers and strip them of their right. 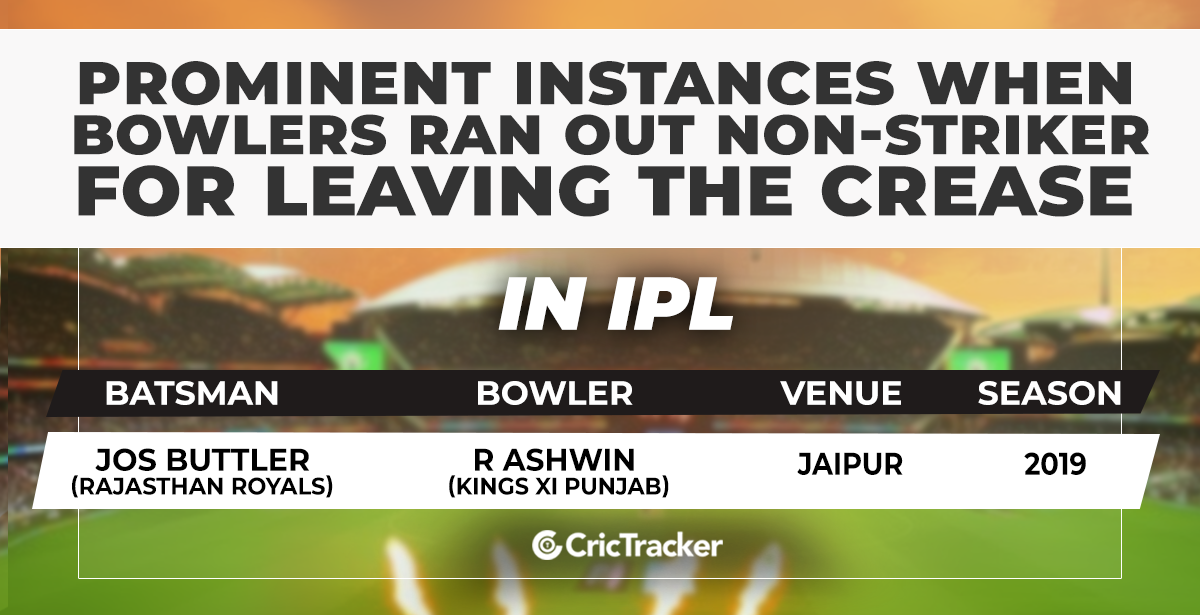 In a game that is increasingly drifting towards the batsman, snatching away a legitimate right in the name of some vague and indefinite “spirit” from the bowlers would be extremely unfair and unjust. For those who use the argument that this mode of dismissal is “against the spirit of the game” and amounts to “unsportsmanlike behavior”, the laws of cricket provide an unequivocal provision under law 41.16.

There is an essential need to destigmatize the term as has been pointed time and again by many correctly. The end of this futile debate does not seem to be close, and that is when this should never even have been a debate. Hail Vinoo Mankad, for he was the flagbearer of justice for the bowlers. As an end note, just remember, Mankad did not “Mankad”, he ran Brown out.