When would skies be opened for SKY

When would skies be opened for SKY

The Mumbaikar has been in sublime form especially in IPL for the last 3 years. 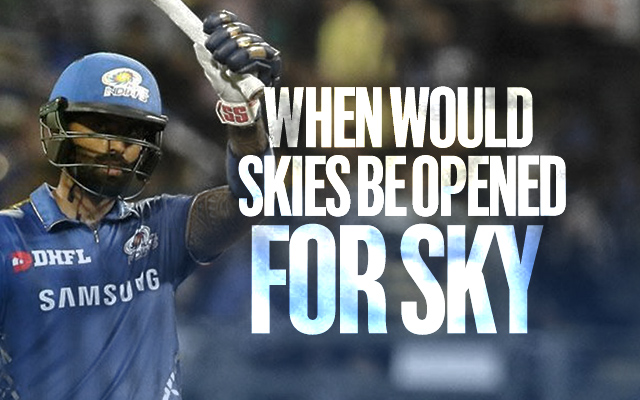 Surya Kumar Yadav, AKA S.K.Y, is no longer an unknown name for a cricketing fan who follows Indian domestic circuits and the mighty Indian Premier League. He has been trending lately for the blistering and versatile innings that he played for Mumbai in RCB vs MI match. The innings against RCB was not just a winning knock for his team, but a statement made by him and a question raised by the cricketing fraternity about his omission from the upcoming India tour to Australia.

It is really hard to find a person of such calibre and consistency in domestic platforms. A batsman, batting at top of the order and also as a finisher, maintaining a consistent strike rate and an average is what Yadav has been doing for his team for the last few years. The stats itself speak for the fact how consistently he has been playing for his franchise, Mumbai, for the last 3 seasons (Mumbai bought him for a record price for an uncapped player in the 2018 auction, for some good reason). And he took the opportunity with both hands.

The Mumbaikar has been in sublime form especially in IPL for the last 3 years. Averaging about 36 and at a strike rate of 140, he kept on knocking on the doors of Indian team selectors for a call, but got no response. His latest expulsion has started burning fire in the cricketing world. 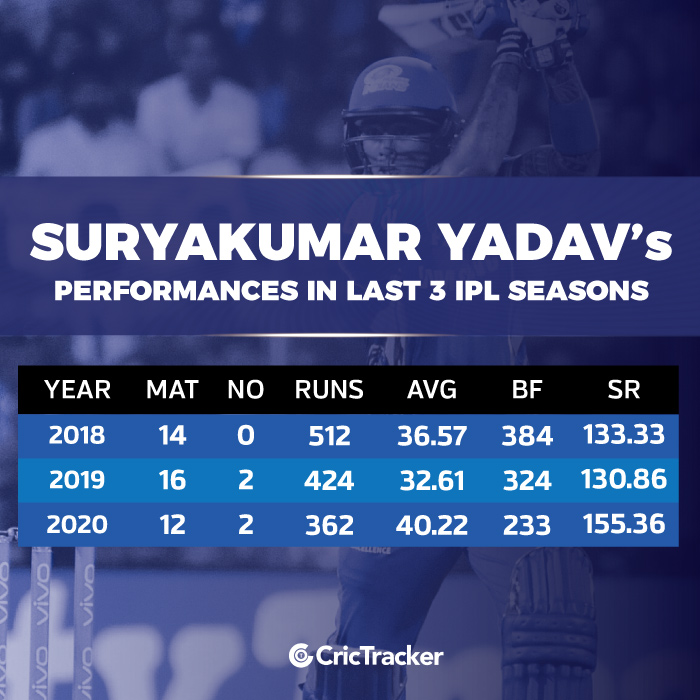 His reply to the selectors was not by words but by his blade with a blistering knock of 79 from 43 balls. The statement was made, questions were raised. He was presented the Player of the Match award, after the match-winning knock and a ‘stare’ from India captain Virat, during the innings, upon which Yadav didn’t feel shy to give a stare back at Virat.

He is being praised and supported by many cricketers for the India honours and lately came the words from team India Coach, Ravi Shastri, himself: “Surya namaskar (Folded hands). Stay strong and patient @surya_14kumar, #MIvsRCBm,” Shastri tweeted.

The question still prevails: ‘if the selectors are not considering the players when they are at their best and prefer to opt players like Rishabh Pant (no objection that he is a future prospect), who are not doing well with regards to his form, then when are they going to give these talents a chance to prove? From Shastri’s words, how long do they need to stay strong and patient?