Why is Virat Kohli not able to resist the temptation of poking at a delivery that can very well be left alone?

Yet again, James Anderson had Virat Kohli’s number. Yet again, Kohli succumbed to a delivery that was bowled at a fifth stump line. And yet again, the master walked back to the pavilion with his head bent low, after edging a delivery that could have been left alone.

What is happening to Virat Kohli? How come, the all-conquering batting maestro is now struggling all ends up? Well, the pattern of his dismissals seems to repeat itself, and Kohli has not yet learnt from the mistakes that he has committed so far in this Test series against England.

In the first innings of the first Test at Nottingham, a delivery on a fifth stump line proved to be Kohli’s downfall. James Anderson bowled a delivery that could have been left alone, but the Indian batting maestro poked at it, nicked it to the wicketkeeper, and walked back to the pavilion for a first-ball duck.

In the first innings of the second Test match at Lord’s too, Kohli committed the same mistake. Ollie Robinson bowled a delivery at a fifth stump line, Kohli once again poked at it, the ball took the outside edge, and settled into the hands of Joe Root at slip.

Well, we are not done yet. For, Kohli committed an almost similar mistake in his next innings as well. This time, it was the left-arm angle of Sam Curran that did the trick. Curran angled one away from Kohli, again at a fifth stump line, and guess what, the Indian skipper was enticed.

Kohli fiddled with the delivery yet again, the ball took the outside edge of his willow and settled into the hands of Jos Buttler behind the stumps. And then, we have the dismissal in the first innings of the third Test at Headingley. Anderson bowled a full delivery outside off stump, Kohli once again could not restrain himself and edged the ball to Jos Buttler.

Four consecutive dismissals, all of similar nature made by a batsman who has been playing Test cricket for more than a decade, by a batsman who has scored over 7500 Test runs and 7 double centuries. What can Kohli do now? Why is it that he is not able to resist the temptation of poking at a delivery that can very well be left alone?

A lean patch spares no one, even if you are the ‘God of Cricket’ 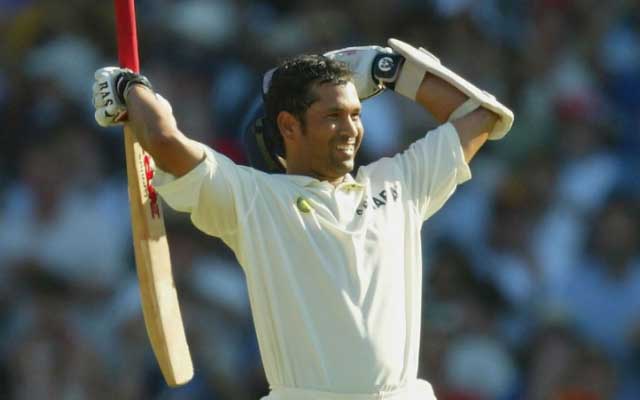 However great a batsman you are, a lean patch is something that you will definitely encounter. Well, the lean patch has not even spared the man referred to as the ‘God of Cricket’ as well. During India’s 2003-04 tour to Australia, Sachin Tendulkar was struggling to score runs. And, one shot had, in particular, proven to be his downfall, THE COVER DRIVE.

In the second Test match of the series against the Aussies at Adelaide, Tendulkar went for an expansive cover drive off Andy Bichel, the ball took the edge of his willow, and settled into the hands of Adam Gilchrist behind the stumps, and Tendulkar was dismissed for just 1.

In the next Test match at Melbourne too, Tendulkar committed the exact same mistake. To a delivery that was bowled outside the off stump by Brad Williams, one that could have easily been left alone, the ‘Little Master’ went for the drive, the ball took his outside edge yet again, and Gilchrist completed the formalities behind the stumps once again.

An innings of immense self-discipline from Sachin Tendulkar 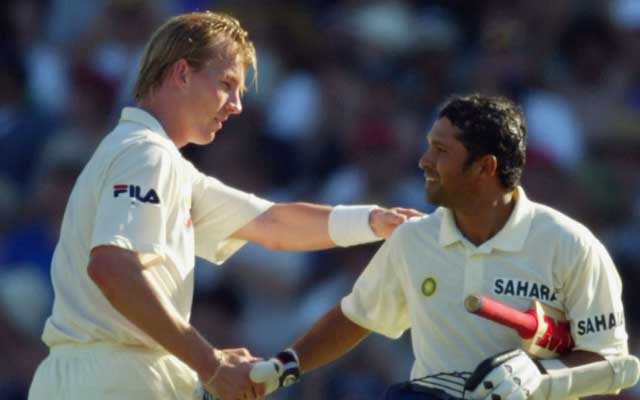 In fact, in the 5 innings that he had batted in the series before the 4th Test match at Sydney, Tendulkar could not score a single fifty. He was also dismissed for three single-digit scores, and the master was struggling. And, that is when Tendulkar decided that he will shut out one entire part of the ground, that he will not play the cover drive, come what may.

In fact, this is what Tendulkar himself had to say regarding his masterly innings at Sydney, one that can serve any batsman in the world as a case study for discipline and immense self-control.

“I had got out a couple of times to balls bowled outside the off stump. So I decided not to play the cover drive. They were bowling consistently outside the off-stump, and I decided to leave all those balls. Then they had to bowl to me and I used the pace of the ball.

I would put this innings right at the top of my hundreds. I had a plan and I am happy I could execute it well. I am happy that I was able to maintain the discipline throughout the innings. Things had gone wrong a couple of times with my shot selection, and I knew I had to cut out a few strokes,” stated Tendulkar.

Yes indeed. When the Aussies bowled the red cherry outside off stump, Tendulkar left them alone. When Brett Lee bowled straight to him, he brought out the ravishing straight drive, when Nathan Bracken bowled one on middle and leg, Tendulkar just whipped him past mid-wicket, with his wrists commanding the ball to where he wanted it to go.

And, even when Jason Gillespie enticed him by bowling that uncanny fifth stump line, Tendulkar covered the line of the ball, and majestically drove the cherry down the ground, instead of trying to drive through the offside. Aussie skipper Steve Waugh admitted that he admires Tendulkar’s mental strength to play that kind of a knock and to shut out one whole portion of the ground.

Tendulkar did not get the cover drive out of his armoury simply because he did not want to. And, this self-control, this restraint allowed him to carve out an epic that still shines luminously, even after close to two decades after it was conjured.

And in a marathon innings that lasted 436 deliveries, Tendulkar remained undefeated on 241*. The cover drive, a shot that Tendulkar would dish out time and again, with unmatched splendour, was shunned away, and the master batsman showed the world that if he could captivate them with his resplendence, he could make people gape at him with his self-discipline as well.

More than 17 years after the masterly knock from Tendulkar, the man who was anointed as his successor is facing a similar challenge. One particular delivery, one particular shot has proven to be his downfall. Virat Kohli is currently going through arguably one of the leanest phases of his career.

For, Test cricket is a game of patience, it is a game of perseverance. Kohli would be well served if he can restrain himself from playing the delivery that is bowled at a fifth stump line. All Kohli needs to do, is prevent himself from getting enticed to put bat to ball.

Can Kohli restrain himself from getting enticed outside off stump? For if he does, a Sydney-like Tendulkar special might surely be around the corner from the willow of Kohli.