The question is, why shouldn’t the Indian think tank adopt a split captaincy policy and give the limited-overs duties to another gladiator-like Rohit Sharma? 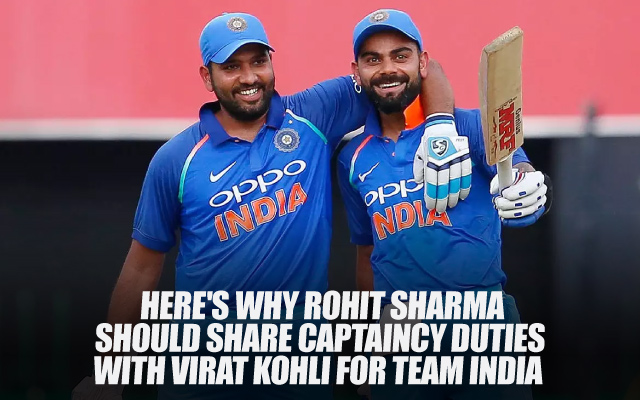 They are two of the most important members of the Indian batting line today. They are two men who have owned the limited-overs circuit, making all the others fade away into oblivion in the last decade. In the period between 2010 and 2019 alone, Rohit Sharma and Virat Kohli have scored as many as 19,374 ODI runs and a staggering 70 ODI hundreds in the space of just 10 years.

Also, in the T20 format, Rohit and Kohli occupy the first two places in the list of batsmen with the most T20I runs.

And, Kohli has assumed the role of captain of every format of the game for the Indian side. While he has had excellent success in Test cricket, with leading India to their only Test series victory in Australia being the crown jewel, the same cannot be said of his limited-overs record as skipper.

While on the face of it, it seems as if Kohli has a stellar record as ODI captain with a win percentage of 71.83%, it masks a few things. He is yet to win a major ICC Trophy for India and under his leadership, India are yet to win an Away ODI series in England. Most of Kohli’s success as a skipper has come at home or in places like Sri Lanka and the West Indies.

While Kohli has been the Test skipper for almost six years now, he was also elevated to the status of ODI captain after MS Dhoni’s resignation in January 2017.

Now the question is, why shouldn’t the Indian think tank adopt a split captaincy policy and give the limited-overs duties to another gladiator-like Rohit Sharma?

Rohit Sharma is an able candidate to take over the duties from Kohli in the limited-overs front, and one look at his IPL record as the skipper of the Mumbai Indians outfit makes a strong case for him.

In the table below, let us have a look at Rohit’s overall captaincy record for Mumbai Indians. Rohit has captained Mumbai in as many as 104 matches across 7 seasons and has an excellent win percentage of 58.65%. But most importantly, he has led his side to as many as 4 IPL titles, which will be reflected in the table below 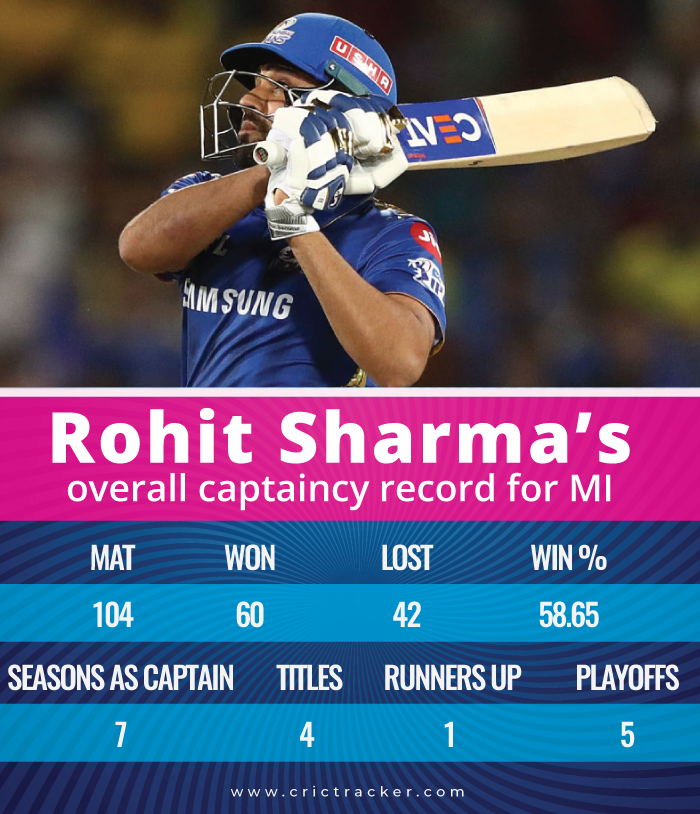 In the very first season that Rohit was elevated as the skipper of the Mumbai Indians outfit, he inspired them to win the title. The MI outfit is now the most successful IPL franchise, having won as many as 4 IPL titles, all under Rohit’s stewardship.

In fact, out of the 7 seasons that Rohit has been the skipper, Mumbai have failed to qualify for the playoffs just twice.

On the other hand, Kohli has a miserable record as a skipper of the RCB unit. In the table below, let us have a look at the record of players who have captained an IPL team in 50 or more matches. 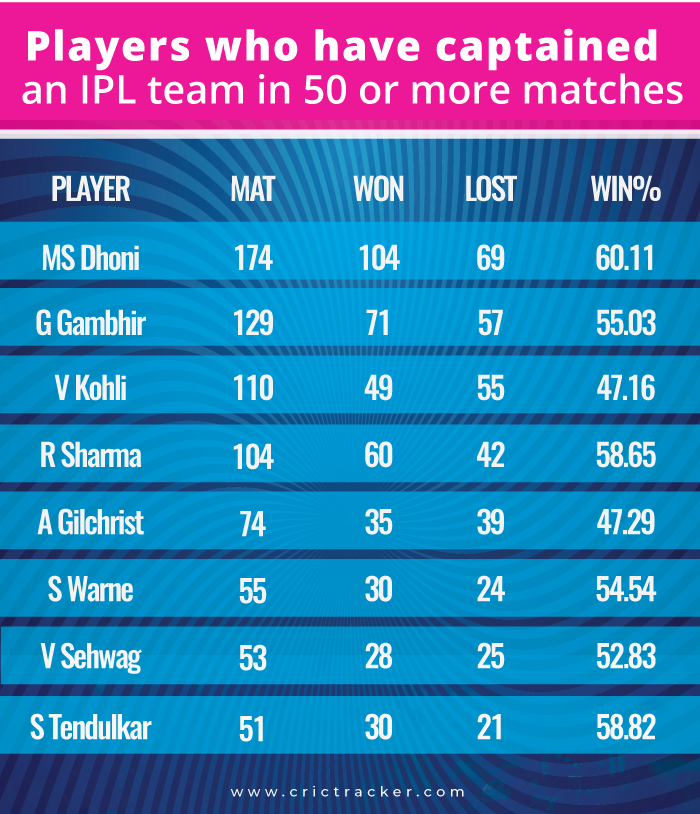 Kohli has the worst win percentage for an IPL skipper with a minimum of 50 matches. Also, Kohli and Gilchrist are the only two captains to have a win percentage of below 50%. While Gilchrist led the Deccan Chargers to their only title win in 2009, Kohli has been unable to inspire the RCB side to a single title win in spite of leading them for seven full seasons.

In the table below, let us take a look at Kohil’s record as RCB skipper 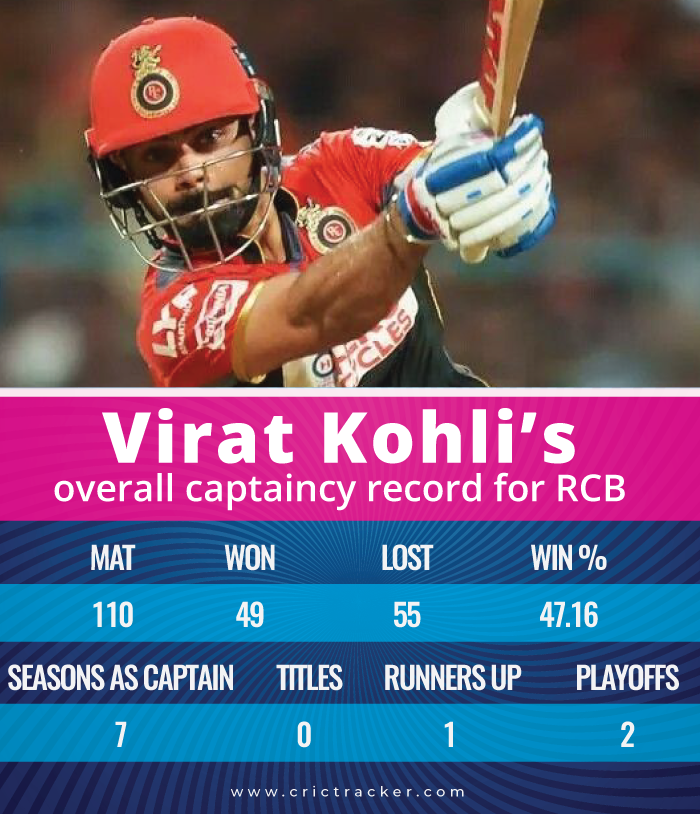 From the table, we can see that out of the seven seasons that Kohli has led the side, RCB could manage to reach the playoffs stage just twice and even finished at the bottom of the table in 2017 and 2019.

Why Split Captaincy should be adopted

India have an able candidate in Rohit Sharma to handle the limited-overs set-up, while Kohli can continue to remain the captain of the side in the longest version of the game.

After all, teams like England and Australia have adopted split captaincy for their national sides. In fact, for the England side the ODI captain Eoin Morgan does not even find a place in the Test side. And with this strategy, England were able to taste huge success in the recent past, the cherry on the cake being the ICC World Cup triumph under Morgan in 2019.

Even Australia have the responsibilities of the Test and limited-overs sides split between Aaron Finch and Tim Paine.

And in the long run, the biggest beneficiary of this move will be Indian cricket.

Note: All the stats have been updated as on 27th July 2020 and have been taken from Howstat cricket and Wikipedia