Mitchell Marsh has been the stand-out player for Australia in the T20Is. He would thus be determined to take it further in ODIs as well. 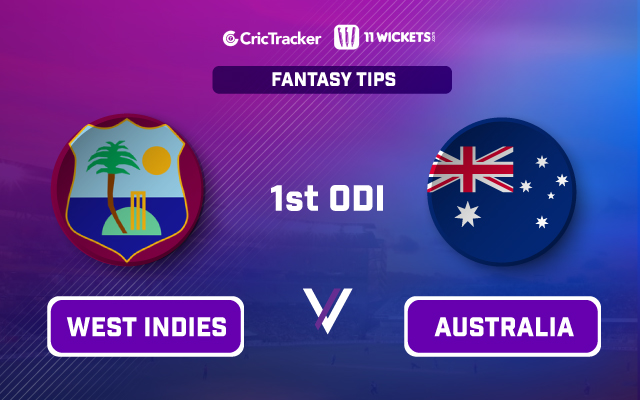 West Indies and Australia will battle it out against each other in the first ODI on July 21. West Indies have exuded their dominance in the T20Is, winning the series 4-1. Their ODI side has  a good mix of both youngsters and experienced players, and they will be determined to continue their winning momentum in the ODIs as well.

Australia struggled in the T20Is as they secured just a single victory in the 5-match series. Mitchell Marsh is one name that stood out for the team as he displayed his sheer flair for the team. Heading into this game, both the teams will look forward to starting on a winning note.

In both innings, the surface is expected to assist the batters. However, they will need to build their innings as the pitch might get a bit slower. The pacers might get a little help with the spinners coming into action in the latter half as the game progresses gradually.

Shai Hope has scored 3547 runs in his 81 matches ODI career so far. He opens the innings for the West Indies and thus can be a good pick for the game.

Jason Holder provides a good all-rounding option. He has chipped in 1847 runs and picked up 149 runs in his 114 matches ODI career so far. You can bank on his for this match.

Mitchell Marsh has been the stand-out player for Australia in the t20s. He would thus be determined to take it further in ODIs as well. He has smashed 1615 runs and scalped 49 wickets in his 60 ODIs so far. 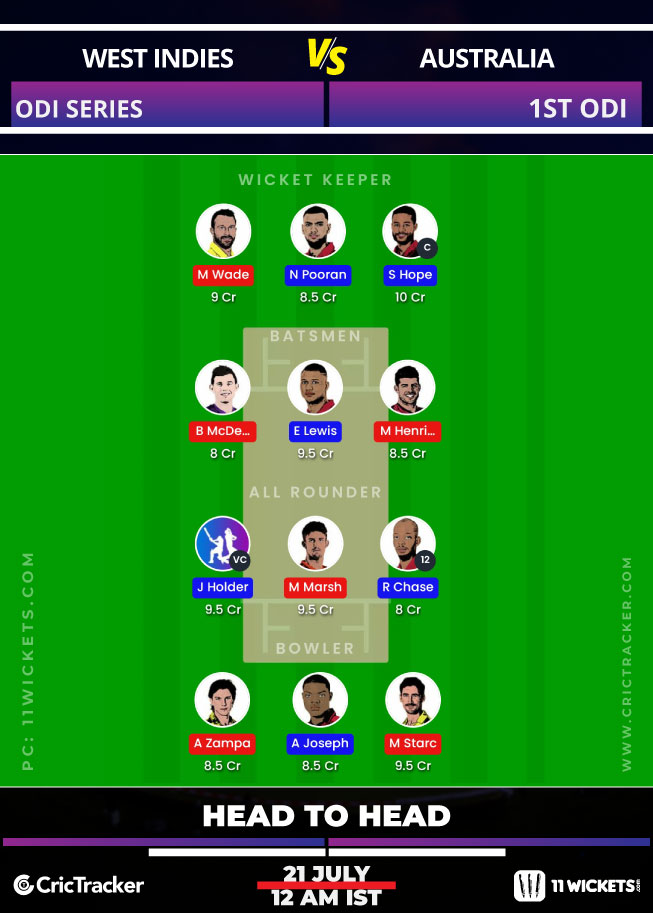 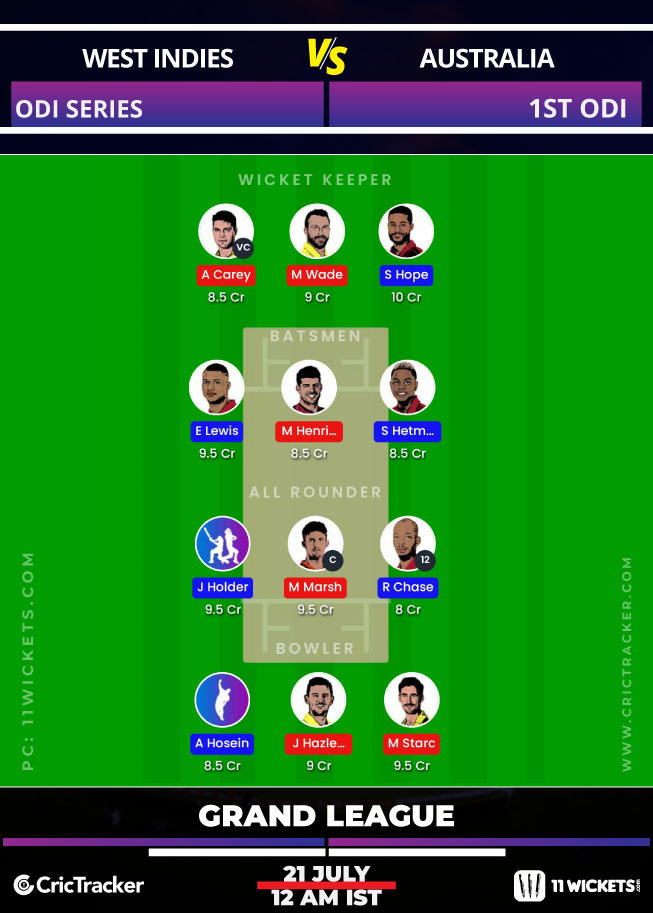