Alex Carey will be going to be the 26th player to captain Australia in the ODIs. 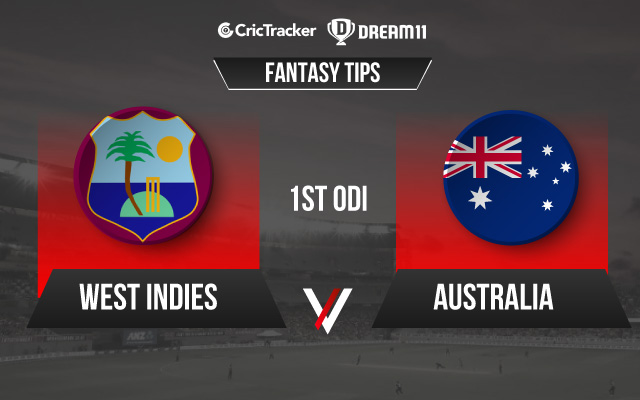 After successfully winning the T20 series 4-1, West Indies will now play a 3-match ODI series against Australia, starting from July 21st. West Indies last played an ODI in March, where they comfortably whitewashed Sri Lanka 3-0. Kieron Pollard, who missed out on the T20I series due to injury, is back in the squad.

Meanwhile, adding to their wounds, Australia will miss skipper Aaron Finch for the 1st ODI due to knee injury and wicket-keeper batter Alex Carey will lead the team in his absence. The last time they played an ODI was in December 2020, when they won the series 2-1 against India. Australia are a completely different side in the 50-over format and we can expect them to bounce back in this series.

It’s one of the best wickets to bat in the West Indies. It’s a flat surface with not much assistance for the bowlers, though there will be a challenge for the batters in tackling the new ball. Whoever wins the toss should bat first.

Evin Lewis is in stunning form at the moment. He was the second-highest run-scorer for West Indies in the 3-match ODI series against Sri Lanka. He has scored 181 runs in 3 matches at an average of 60.33, with the highest score of 103.

Moises Henriques has been in and out of the Australian squad so many times. Now, the New South Wales star has a point to prove. He has scored 105 runs in his ODI career and has picked up 8 wickets as well.

Mitchell Marsh had a fantastic T20I series on the Caribbean soil with both bat and ball. He is expecting the same performances in the ODIs as well. In his ODI career, he has accumulated 1615 runs in 56 innings and scalped 49 wickets as well.

Jason Holder gives a perfect balance for West Indies in the 50-over format. His return will be a big boost for his side. Holder has picked up 139 wickets in 118 ODI matches and has scored 1837 runs with the bat.

Sheldon Cottrell will be a good pick for your fantasy teams. The Caribbean pacer has 49 wickets to his name in 35 ODIs.

Josh Hazlewood is ranked 7th in the ICC ODI bowlers’ rankings. He always bowls consistent line and lengths, and  has picked up 88 wickets in 54 ODIs with the best figures of 6 for 52.

West Indies’ vice-captain Shai Hope had an excellent home series against Sri Lanka, where he ended up being the leading run-scorer in that series with 258 runs in 3 matches, averaging 86. He scored one century and 2 half-centuries.

Shimron Hetmyer is a confident young batter who can clear the fence with ease. It’s worth a risk to pick him as your fantasy team skipper.

Mitchell Starc has got pretty good numbers in the ODIs with 184 wickets. He will lead the Australian bowling attack in this series. You can take a risk and pick him as your fantasy team skipper.

Jason Behrendorff hasn’t played any ODIs since the 2019 World Cup. It will be challenging for him to straight away make a come back. It’s better to avoid him while making your fantasy teams.